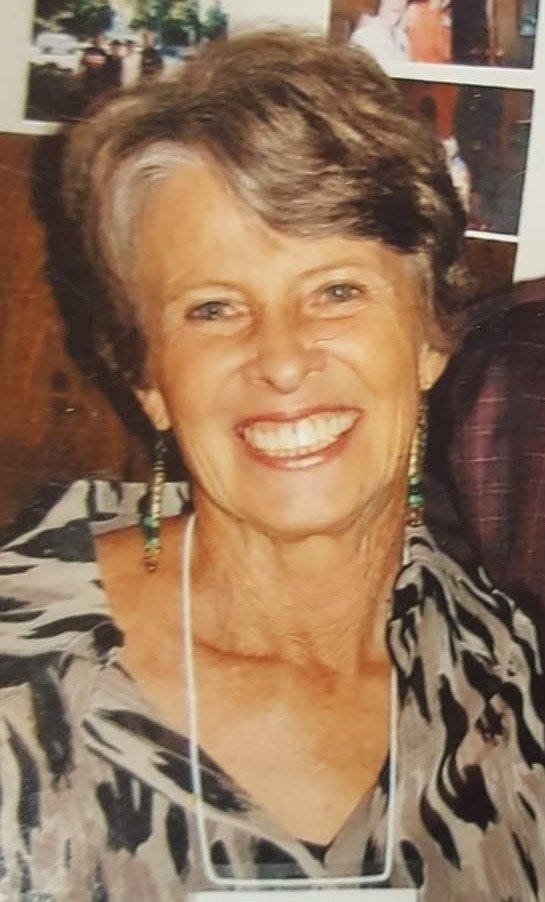 A fourth-generation Boisean, Toni was born June 26, 1943 to Olga Halocz Rothchild and John Falk Rothchild.  At the time of her death, she had lived in the house she grew up in for the past 46 years.

She is survived by her husband of 35 years, ‘Rich’, Richard Hicks.  Her daughter, Sarah Kimberly Bastida and spouse, Lisa Glasser. Her grandchildren, Phoenix, Elijah and Ellis, all of Eugene, OR.  Rich’s kids: Kent Hicks with Garett, Zach and Loreal of CA, Kelly Hicks with Dana of CA, Kristine Whitt, Kori James, Ronald Hicks and many other grand and great grandkids.

Toni grew up in one of the most extraordinary times of the 20th Century, from Brownie Hawkeyes to Smartphones, Johnny Mathis to Elvis Presley, ’56 Chevys to keyless ignitions and the bop to the jitterbug. (BTW, she was a fantastic dancer)

She and her older sister, Jan, had the street in front of her house named after them, Jantoni Drive, which runs into Mobley Drive, named after her great grandfather, ‘Bobby’ Robert Mobley. Bobby and Mobley rhyme.

Her father, John, owned and subdivided the 8 acres surrounding the family home in the late ‘40s to early ‘50s.

As a tomboy in the ‘50’s, Toni was strong-willed, athletic and not one to take ‘any guff’.  She and her best friend, Tuck Sullivan, could take on any boy ‘in the hood’. She was an outstanding gymnast during her school years and a beautiful skier, be it on water or snow.  Her years of playing pool (‘90s – ‘00s) brought great joy and memorable friendships with all the ladies of The Pocket and the other pool bars in Boise.

Toni was diagnosed with Stage 4 Pancreatic cancer in the winter of 2020.  Always the optimist and despite her grave condition, Toni gave the   Nasty C one hell of a fight.  Her health only started deteriorating the past several months and by mid-June; she was unable to continue the struggle.  Toni was a mighty little fighter, full of boundless energy, a tireless constitution and she was brave until the end.

Toni had a passion for animals and children alike.  She dedicated her life to the care and welfare of those beautiful creatures that she loved so fervently. A day did not pass when Toni was not caring for a squirrel, a fox, a skunk, a fawn or a mouse.  If it needed help, Toni was there enthusiastically providing aid.

Toni graduated from Boise High School in 1961.  As a freshman, she attended Pacific University in Forest Grove, OR.  She moved to San Francisco in 1962 and worked for Blue Shield of California through 1967 (the beginning of her secretarial/stenographer career).   Toni lived in Pacific Heights with five flight attendants and old time Boise friend, Mary Pinney Mendenhall, who was employed by Joseph Magnin. Their downstairs neighbor was Willie Mayes and the gals and he and his roomies would party as neighbors. Say Hey!

Toni moved back to Boise and went to work for Boise’s first public defenders, Howard Manweiler and Jay Webb, later known as Web, Tway & Redford.  Her last employment was with Attorney Tony Park, of whom she was very fond.

Toni’s punctuality was kind of a fun standing joke with all the attorney’s she had worked for, in that arriving to work on time was just something that was not in her DNA.  She would stay late for as long as she was needed and the fact that she was a great secretary with a beautiful personality kept her employed by those who really could not get along without her despite her late daily arrivals.  And what? . . .lunch is just an hour?

In March of 1984, she and Rich Hicks were married.  She was finally able to retire after over 20+ years in the workforce and dedicate her time to helping the Idaho Humane Society get back on its feet.

During the late ’80s and early ’90s, Toni was on the board of the Idaho Humane Society.  Toni was the driving force behind turning around a failing organization.  Her mother, Olga was a founding member of the I.H.S. in 1938.  The nut doesn’t fall far from the tree!

In 1987, she was a founding member of Animals In Distress Ass’n. (AIDA), a wildlife rehabilitation group, who now is celebrating their 34th year caring for injured/orphaned wildlife.  Toni maintained a rehabilitation license from the Idaho Dep’t. of Fish & Game for the past 34 years. She rehabilitated and released hundreds of mammals back into the wild.  Toni was fondly known as ‘the squirrel lady of Boise.’

When Toni was not knee-deep in wildlife care, she loved spending time at her cabin in McCall. Over the years, Rich’s work with M.K. (the Washington Group) allowed the two of them to travel to many places around the world and lots of domestic travel with her best friend, Tuck and her husband, Wade Thomas.  When she was not caring for wildlife; she enjoyed spending time playing bridge with her bridge group, Barbara Harrison, Tuck, Linda Leach, and Jean Allan or out on the links playing one of her favorite games, golf.

Toni’s life was certainly not for naught.  Her contributions to the welfare of animals, both domestic and wild have not gone unnoticed nor unappreciated. Unfortunately, people lost a true friend and the animals have lost a fierce advocate. Toni will be remembered for her contribution to Idaho’s wildlife and will not be forgotten by those many individuals that she assisted with the care of injured and sick animals. She cared deeply for all the volunteers, squirrel mommas and anyone assisting in her quest for AIDA.

Toni also has had a great deal of relief from all the medical help she has received over the past several years from Suzee Zimmerman, long time nurse and a friendship that has lasted over 70 years.  In both a physical sense and an emotional one as well, Toni received a tremendous amount of strength from Suzee’s insight, whether it be help needed for her or Rich.

Take care of the animals, Toni, wherever you may land.

We will miss the hell out of your fiery personality and gentle caring for the sentient beings with whom we share this planet.

Bring a story to share; naughty or nice, she’d love them all

To send flowers to the family or plant a tree in memory of Toni Hicks, please visit Tribute Store
Tuesday
6
July

Share Your Memory of
Toni
Upload Your Memory View All Memories
Be the first to upload a memory!
Share A Memory
Send Flowers