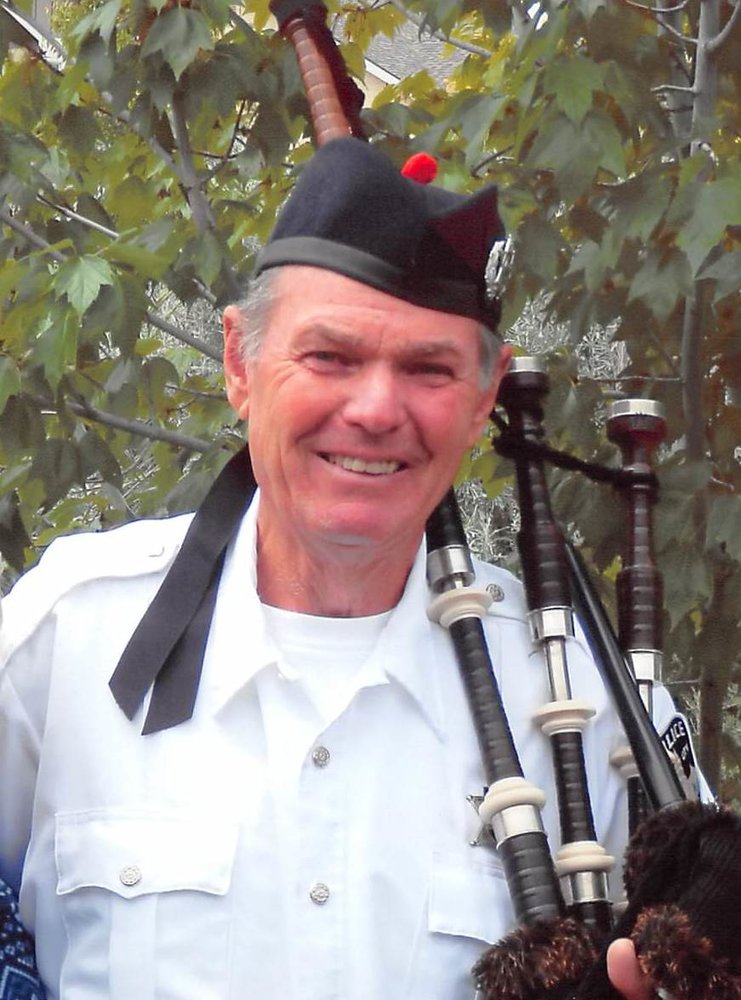 Daniel Lee Grothaus passed away early Saturday morning on June 12, 2021 in Kuna, Idaho at the age of 72. He was a native Idahoan, born to Carl and Ruth Grothaus on November 22, 1948 in Emmett, Idaho and grew up in Garden City, Idaho.

He graduated in the first graduating class of Capital High School in Boise in 1967 and from Boise State College in 1969 with a vocational degree in auto body work.

On May 12, 1973, he married Shirley Payton. Dan and Shirley eventually settled on a farm in Kuna, Idaho in 1985 and have lived there ever since. He loved working in his acreage taking care of his animals as well as collecting old cars and tractors as a hobby. Dan spent 30 years working as a Boise City police officer. One of his passions was playing the bagpipes. He was a member of the Boise Highlanders’ Bagpipe Band and founder of the Boise Police Bagpipe Band.

Dan was active in his church. He would love to share with you that Jesus Christ is his Lord and Savior. Dan is now at peace and is home with his Savior.

Dan is survived by his wife of 48 years, Shirley Grothaus, his sisters Donna McLain and Marsha Hood, his brother Steve Grothaus, and numerous nieces and nephews.

Contributions in Dan’s name can be made to the Alzheimer’s Association.

To send flowers to the family or plant a tree in memory of Daniel Grothaus, please visit Tribute Store

Share Your Memory of
Daniel
Upload Your Memory View All Memories
Be the first to upload a memory!
Share A Memory
Send Flowers