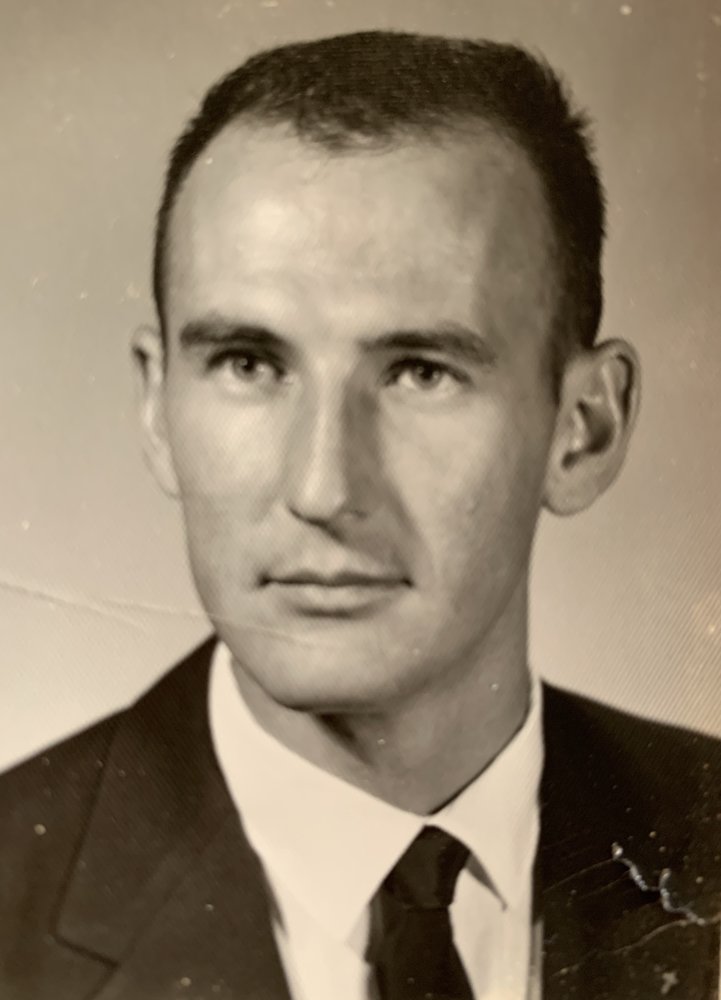 Herbert Duane Lloyd passed on Saturday, June 5th of complications from Parkinsons Disease. He was born in Fort Yates, North Dakota on the Sioux Indian Reservation on July 20, 1934. His parents were Clarence and Margaret Lloyd.  After leaving the reservation, they moved to Lake Park, Minnesota.  He was schooled in Lake Park and graduated high school in 1952. When he was about 14, he began working and cleaned sewers as to help his family after his dad died.  He graduated High School with the support of his community and started working at the Minnesota Highway Dept. In 1955, he and Judith Larson were married in Woodworth, North Dakota. Herb soon realized that in order to have the life that he wanted for his family, that he should get "the piece of paper" from a college degree. He attended North Dakota State University and received his diploma in Civil Engineering. Doing this was not easy while raising 2 daughters and both he and his wife, Judy, working two jobs to pay the bills and tuition. In 1961 when Herb graduated, they had $1000 in their bank account and they loaded the car and moved to Boise, Idaho. They were drawn to the beauty of Boise, but Herb was especially drawn to the weather which was warmer than what North Dakota could offer.

He was hired by the US Government to work in the Boise National Forest Service working on fires and surveying logging roads in both Boise and Cascade. Herb and Judy moved to Cascade where he was the District Engineer. Following this he switched to the Bureau of Reclamation and moved back to Boise. This is the job he retired from after 37 years.

Herb and Judy bought a farm in Meridian and spent 44 years living out in the country before they were forced to sell due to health reasons. He was an engineer by day and at 5:00 PM became a farmer until all hours of the night when there just wasn't enough daylight to see anymore. We had wonderful neighbors and many friends that had come to Boise from North Dakota. Much time was spent in dance club and square dancing (Herb and I in our matching outfits) laughing with people we loved. Every summer our family drove North Dakota to visit all of the relatives. There were such wonderful memories except when Herb wouldn't use the air conditioning in the car because it took too much gas. Every time we would get to spend one night on the way at a hotel with a swimming pool and that was a treat for all of us.  Herbs favorite things to do at this time was to be a leader in 4-H for his girls, ride horse and pack his mule, Molly, into the Sawtooth Mountains. He also loved to hunt and fish. Being outside and in the mountains, he stated he felt God's presence.

In 1995, we bought a little place in Arizona to spend the winters. This is where Herb found a lot of joy in carving wood and making jewelry. The date to head to Arizona was based on Boise State University's football schedule and the day after the last game, we would hit the road. In 2013 we sold our place in Arizona and the farm because of Herb's Parkinson’s, or "old Parky" as he would call it. This was a big change to move into town, but we were blessed with wonderful neighbors that Herb enjoyed every day. Many brought cookies, chicken pot pies and a special friend that played cribbage with him weekly when he was too weak to walk to the center to play with the group. During the days, he would sit in the sun outside and talk to everyone that walked by and enjoyed all of their company.

Herb's greatest losses were when two of our daughters died.  Tanya died when she was 13 and Kelly died at age 57. Not a day passed that he did not think of them. His love and enjoyment of his remaining family helped to get him through each day. He is preceeded in death by those 2 daughters, his parents, 2 brothers and one sister, and many more family members that he cherished and missed. He is survived by his wife, Judy Lloyd, daughter Holly Lloyd-Mills (granddaughter Emma), daughter Joni Schaffner (Son in Law Dennis Schaffner and granddaughters Kourtney and Danielle), Kelly's family (son in law Bill Inman and grandchildren Ashley (Cody) Earl, Jordan Graham, Kaitlyn, Ben and Thomas Inman) He has 3 great grandchildren from Ashley  ( Maggie, Rey Lyn, Jonathon and 2 step great granddaughters, Jeri and Julie); his 91 year old sister, Ethel McDougal and many nieces and nephews that he loves.

He will be missed greatly and will forever be in our hearts. Eat some lefsa and play some cribbage and one day we will be with you again to hold your hand.

To send flowers to the family or plant a tree in memory of Herbert Lloyd, please visit Tribute Store
Sunday
13
June

Share Your Memory of
Herbert
Upload Your Memory View All Memories
Be the first to upload a memory!
Share A Memory
Send Flowers