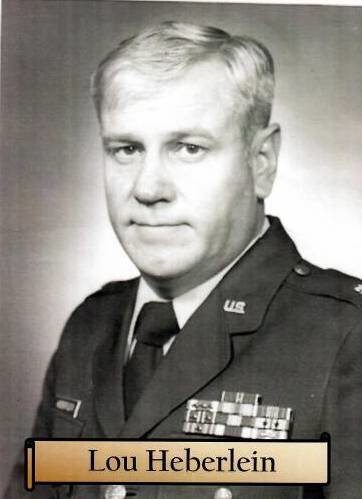 Lou Heberlein was born in on April 9, 1939. He was raised in Brooklyn but entered active duty service on March 7, 1961 in . He retired at Castle Air Force Base in on November 30, 1988. In between entry and retirement, Lou served in , , , , , , , , , and . In addition, both Nancy and Lou traveled to , , , , and several countries in Europe, as well as and . During his tour in , Lou supported the evacuation of civilians and children while stationed at Nha Trang Air Base.

While serving in the military, he received a MS in Buisness Adminstration. After retiring he completed a MA in History, his true passion.

In his retirement, Lou taught at , , and . He interjected history in whatever he taught. Lou was also a member of the Gideon’s Society while living in .

One of his most cherished activites was playing with and teaching his grandson. He loved his family dearly, and was truly devoted to his wife, Nancy. He encouraged his children, Lisa and Todd, in both their academic persuits and hobbies. He was always there to contribute his ideas about current events and history with family members, and really enjoyed family reunions. ’s family was truly Lou’s family.

Lou was preceded in death by his parents Louis and Mildred Heberlein and his brother, Ed Dyner, and sister, Alice Curren.

To send flowers to the family or plant a tree in memory of Lou Heberlein, please visit Tribute Store
Monday
2
August

Share Your Memory of
Lou
Upload Your Memory View All Memories
Be the first to upload a memory!
Share A Memory
Send Flowers