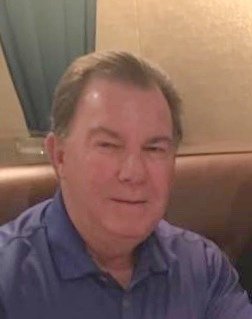 Jim McMurtrey, 74, of Boise Idaho died peacefully in his home surrounded by family on May 26th, 2021 after his battle with ALS.

Jim was born November 20, 1946 in Coco Solo, Panama at the U.S. Naval Hospital to Emerial Afton McMurtrey and Christine Elizabeth Brennan.  As his father was in the Navy, Jim lived in various locations but eventually settled in Mountain Home, Idaho.

He graduated from Mountain Home High School and went on to attend Boise State Junior College, later known as Boise State University.  He obtained a Bachelor’s degree in Accounting through the influence of one of the professors and developed his accounting practice over a period of 50+ years where he was known for his dedication to his clients.

Jim loved going to Alaska with his friends and family to fish for halibut and salmon, hunt for elk near Idaho City, and for an occasional game of golf.   One of the things that brought him joy was having the ability to help those in need whether it was friends or family.  He was very generous in that respect.

A celebration of life will be held at some time in the near future.  The family suggests any memorial contributions be made to the ALS Association at donate.als.org or a charity of your choice.

To send flowers to the family or plant a tree in memory of James McMurtrey, please visit Tribute Store

Share Your Memory of
James
Upload Your Memory View All Memories
Be the first to upload a memory!
Share A Memory
Send Flowers