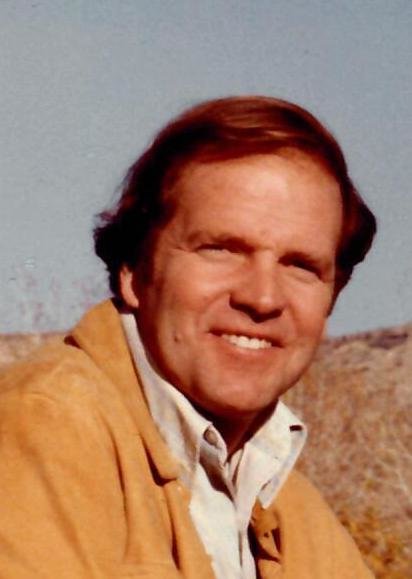 Peter O’Neill was born on March 24, 1937 in Flushing, New York to Elizabeth Smith O’Neill and Donald Derickson O’Neill. He passed away peacefully at his home in Boise, Idaho on May 4, 2021, a beautiful spring day, surrounded by his family looking out the window at the beauty he created in River Run.

Over the past several months Pete spent a great deal of time reflecting on a “life well-lived" and the places, experiences and people that made it so. He lived a life with big dreams; he worked hard with honesty, integrity, creativity and dared to be different; he provided wisdom, encouragement and unconditional love; and most importantly he cherished his family and friends.

Pete spent the majority of his early years in Chappaqua, New York with his mother, father and brothers Donny and Brian. In 1942 his father felt it was his duty to enter the war effort and joined the U.S. Marine Corp as a Second Lieutenant. In 1944 Pete’s mom piled her three boys into the 1937 Packard and headed on a trip across the country, spending a majority of their time in Arizona at Champie Ranch – a true working cattle ranch. Growing up he was shaped by the strength and wisdom of his mother, as his father was serving the country. In 1945 the family had all returned to Chappaqua and life began to return to prewar balance. The brothers continued to thrive and grow, creating neighborhood sports teams, tending the garden, disappearing into the woods to explore and learning real life lessons alongside their mother as they dried the dishes. The family dynamic shifted abruptly when Pete was just 12 years old, his older brother, Donny, passed away from a ruptured appendix, his mother shared that “God needed a shortstop”. This sad and challenging time for the family, played a significant role in forming Pete’s future.

Pete made his way through high school, excelling in sports as captain for the football and basketball teams, embracing friendships and admittedly getting by in school. The namesake of his school, Horace Greeley, popularized the slogan, “Go West, young man”, maybe something that subconsciously stuck with Pete.

Hanover, New Hampshire was his next stop, where he attended Dartmouth College. He took to the rough and tumble sport of rugby, was the president of the Psi Upsilon fraternity, and enjoyed college more than school. He thrived on campus and opened his mind to learning – not just from books but from opportunities and experiences. A lifelong love of skiing began on the slopes of the Dartmouth Skiway, providing him a new athletic challenge to master. Completing his degree, he was ready to move on to new adventures, prepared to take risks and continue his learning in life.

After college, Pete began his journey west. He married his first wife Leslie Hughes, and they headed to Chicago where he took a job with ALCOA an aluminum manufacturing company. In the few years they were there, daughters Karen and Cissy joined them. While working hard and absorbing a lot, he realized a more specific business minded education would help him progress to the next stage of his career. The young family moved further west when he enrolled in Stanford Business School. The two-year program provided educational challenge and lifelong friendships.

In 1965 Pete was recruited to join a young and dynamic team at Boise Cascade Corporation. In their new home of Boise, son Derick and daughter Megan joined the family. Idaho became home and where the they would set down roots, with a deep appreciation of the natural environment, the family took advantage of many outdoor adventures with time spent in the foothills of Boise as well as the beautiful mountains of Sun Valley and McCall. His ten years at Boise Cascade had him surrounded by motivated and driven colleagues, providing a business acumen that would last through all of his endeavors.

Pete saw an opportunity in Boise and co-founded the Sandpiper restaurant, which eventually grew to five restaurants in Idaho and Oregon. At this junction his focus began to shift, not sure that he was destined to stay on one path or with one company he felt a need for change.

Pete left Boise Cascade to follow his entrepreneurial spirit, expanding his interest in the food and beverage world and looking to bring other new ideas to the growing city of Boise. Almost by accident, Pete landed in the world of real estate development. His first project took vision, grit and fierce determination. A cow pasture on the banks of the Boise River, accessed by a dirt road, became River Run, the winner of the national Urban Land Institute Master Planned Community award. He succeeded in creating unique and special places that combined the natural, built and social environments seamlessly. One of his most cherished spots was the natural section of the Boise River Greenbelt, which he had a significant role in creating. He continued in the development world for the remainder of his life, creating exceptional communities of lasting value. His son Derick was honored to have joined him for many of these projects working together as partners.

Pete had the good fortune to meet Barrie Connolly and they were married in 1983. Together they enjoyed the creative process of design, travelling, hosting countless family gatherings, spending time with dear friends, and of course faithfully supporting Boise State Bronco football.

A love for his community drove him to continue his civic calling. From 1984 – 1987 he guided the Boise Redevelopment Agency through a critical change that was the spark leading to the rebirth of downtown Boise. The city embraced a vision to create a rich, vibrant and active gathering place anchored by what is known today as the Grove Plaza.

His life reflects a strong belief in the importance of giving back, as a result he served on many worthy boards and councils, all causes that benefited from his input and strategy. He thrived on working with others to solve a problem, he once said “I’m the kind of guy that if I think I’ve got a good idea, I’ll let it be known – and if somebody else has a better idea, well, then, let’s just pull up a chair and get to work.” FUNDSY, Bogus Basin Recreational Association, the Childrens’ Home Society, the Boise Chamber of Commerce, the Boise Future Foundation, The Boise Area Economic Development Council, the governor’s Idaho Business Council, the Nature Conservancy and the Treasure Valley Air Quality Board were all organizations that he was proud to impact. In addition, he served on corporate boards, including two NYSE companies.

He took great pride in his time spent as Chairman of the College of Idaho Board of Trustees, with a true belief in the empowerment education provides he gave tirelessly to support the college through a difficult financial crisis. It was said that his leadership was crucial to leading the institution back to its historical role of educating Idaho’s best and brightest undergraduate students. In 2004 Pete was very proud to accept his honorary Doctor of Humane Letters from the College of Idaho.

Our dad would agree with all aspects of this story, all milestones of a life well-lived. However, he would say, “but what about the important stuff?” As his family began to grow in the 80’s and 90’s with spouses and grandchildren, he added a new role, being Papa. He was the creator of traditions; the sideline youth sports fan who didn’t miss a game; the mentor who listened without judgement; the embracer of individuals; a presence by just being present; light hearted with an Irish twinkle in his eye and the provider of unconditional support and love. He appreciated that his wife Barrie, four kids and their spouses, and seven grandkids were what he valued most, what he was most proud of. You could look in his eyes and you would know that there was love and respect for a journey that was worth every effort.

Friends are invited to celebrate Pete’s life with his family on Wednesday, May 19th at 2:00pm at the Idaho Shakespeare Festival.

Memorial donations may be made to a local charity of your choice, he believed in supporting non-profit organizations that helped to make Boise a better place for all to live and play.

To send flowers to the family or plant a tree in memory of Peter O'Neill, please visit Tribute Store
Wednesday
19
May

Share Your Memory of
Peter
Upload Your Memory View All Memories
Be the first to upload a memory!
Share A Memory
Send Flowers