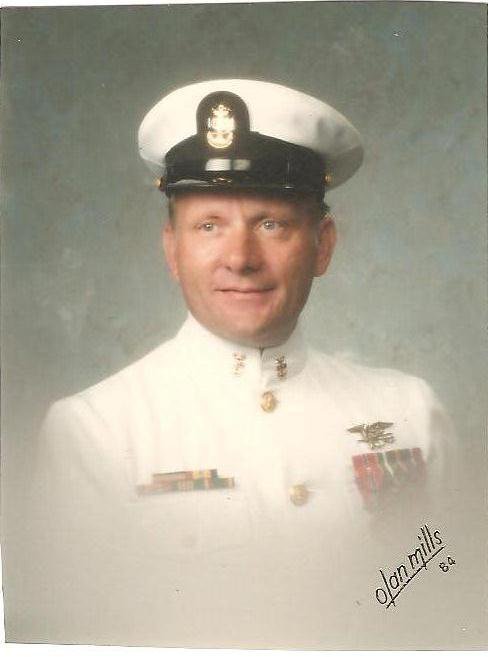 Nick was born March 3rd, 1941, in Stanley WI, to parents Robert and Veronica Benzschawel. He grew up in the town of Thorp Wis.  He talked fondly of his times growing up with his brothers and sisters and their many adventures of hunting and fishing in the woods.

In March 1960, Nick joined the Navy and in 1961 graduated UDT/R Class 25 at Naval Amphibious Base Little Creek, Norfolk, VA. Nick went on to serve with UDT-21, SEAL Team 2 (Plankowner), UDT-12, SEAL Team 1, UDT-13, NSWG-1 (Naval Special Warfare Group), SERE (Survival, Evasion, Resistance and Escape), and BUDS (Basic Underwater Demolition School).  He served 4 tours in Vietnam (Bronze Star, Combat V, and Purple Heart). He loved his SEAL Team brothers and was truly a courageous and humble warrior. When asked why he joined the Navy, he replied, “To see and do things. This is a chance of a lifetime to do one of the most exciting jobs anyone could ever do.” He was an excellent operator and instructor using his knowledge to teach demolitions to future SEALS.

On May 5th, 1968 Nick married the love of his life Mary Alice Ziebarth. They had two children (twins) Nicholas and Tiffany. The family lived in Imperial Beach, CA, for many years.  They were active in their church and their home and hearts were always open. They were always ready to share a laugh, help a friend and or pray with you. Many young people went on later to say that they were encouraged and inspired by Nick and Mary’s testimonies.

Nick was a talented artist. Mary had bought him his first set of carving tools and with no art education or background he started out carving and was a natural at it. His work shop was his favorite place to be and he created many amazing pieces that several friends and family are blessed to have in their homes today.

Later after 30 years of service to his country Nick retired at rank of Master Chief, and he and Mary moved to McCall, Idaho. They had wonderful adventures together and developed lifelong friendships. McCall was a perfect place for Nick’s love for the great outdoors and he spent many a day fishing, hunting, and entertaining friends. Later they moved to Boise to be closer to family. His family called him Popi or Grandpopi. Many precious memories were created over the years. He was an amazing man and his legacy lives on in his family. Nick loved Mary with all his heart and we have peace in knowing that they are together now forever in heaven dancing with Jesus.

The Family would like to Thank the staff at Doctor’s Hospice for their amazing compassionate care.  Donations may be made to Todd and Monique Ziebarth who conduct a ministry through their church of feeding and sharing the Lord with their community. This ministry was special to Nick. Please contact Tiffany for further information.

To send flowers to the family or plant a tree in memory of Reinold Benzschawel, please visit Tribute Store
Monday
24
May

Share Your Memory of
Reinold
Upload Your Memory View All Memories
Be the first to upload a memory!
Share A Memory
Send Flowers