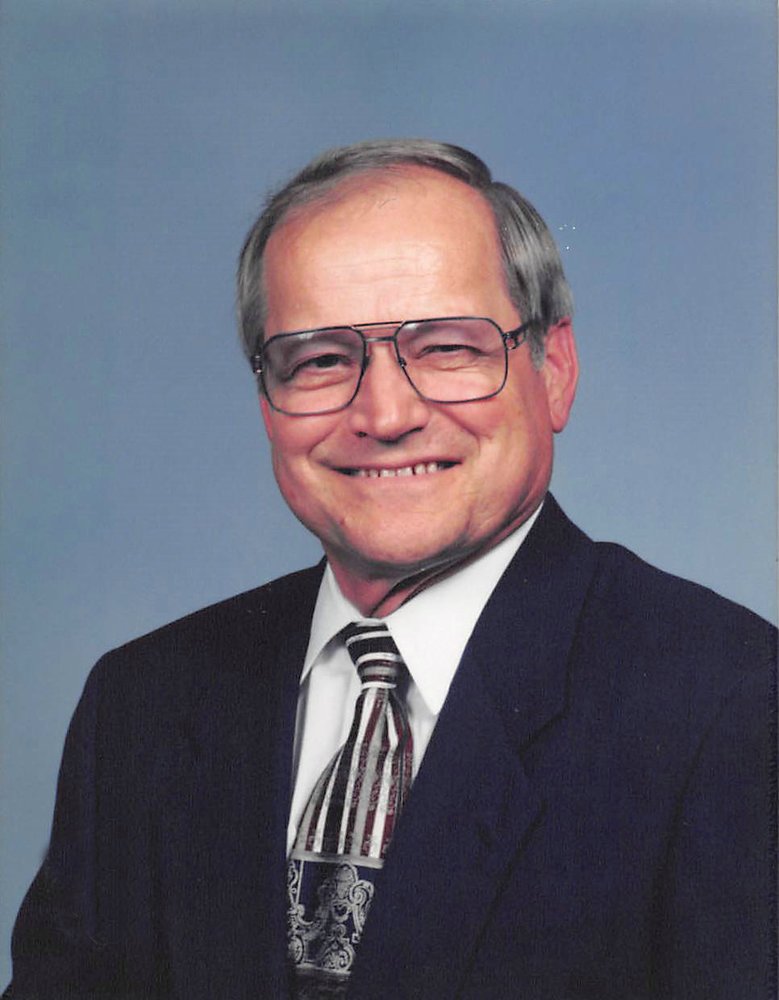 Once in a while we meet someone who leaves a lasting impression. We sincerely feel that would be Douglas "Doug" Jackson , who surrounded by his devoted family, passed on to his eternal reward on April 29, 2021, from complications of diabetes and Lewy Body. He was our beloved husband, father, grandfather, great-grandfather, brother, friend to many and a genuinely good human being.

Born at home on August 28, 1936, at Chambers, NE, he was the eldest son of Charlotte Woods and Howard Jackson. He spent his childhood on his father's farms, where at an early age he developed his ambition, strong work ethic, love of animals and passion for horses. The family led a simple life, money was tight and after moving many times and attending fourteen schools, Doug graduated from Inman High School. After attending Chadron State College for two years, where he met his future wife, he left college and moved to Idaho to work for the J. R. Simplot Co.

On June 17, 1956, he married Shirley Heigel, his college sweetheart, at the Zion Evangelical Lutheran Church in Scottsbluff, NE. They became lifelong partners in a loving marriage that spanned 64 years. They would have celebrated 65 years in June.  Blessed  with two loving daughters, four grandchildren and five great grandchildren, together they taught their family, structure, discipline and the  traditional core values of honesty, courtesy, truthfulness and above all, the love of family, which they considered permanent gifts.   They made their first home in Caldwell, ID, where after only a few  months they moved to Nampa, ID, when Doug began his career with Idaho Power Company. He began as a warehouseman and with his strong work ethic, attention to detail and commitment to excellence, perfected by his determination and after many promotions, he retired after 42 years of distinguished service, as the Vice President of Corporate Affairs. With much help along the way and his steadfast integrity, he accomplished things he could never have imagined as a youth. Doug loved his job, the people he worked with, the friends he made along the way and was forever grateful for the opportunity to work for such a great company.  He was a good judge of character and the by- product of his philosophy was the development of other potential leaders. His knowledge, caring and compassion made him a treasured boss and his dedication and skills, a valuable employee. He was not a man who commanded respect, but a person who emanated it.

Throughout his 42- year tenure, Doug was committed not  only to  his work, but  to  the  many communities he lived in. He was an active volunteer who contributed untold hours to philanthropic endeavors and belonged to numerous organizations. His years as a Jaycee helped prepare him for the leadership positions he would ultimately hold. He served as Chamber President in Payette, was Chief of Chiefs in the Pocatello Chamber of Commerce, was chairman of Pocatello's United Fund and supported Rotary, Kiwanis and the Boise Chamber of Commerce. He also spent many hours refereeing football and basketball games. Doug belonged to the Arid Club, was a 50- year member of the Elks and a lifetime and faithful member of the Methodist Church. His footprint can be found in every community he lived in.

Doug led a purposeful life, used his energy, talents and enthusiasm, to enrich and add value to the communities he lived in. The challenges of work and the satisfaction of philanthropic work brought him much joy and many warm friendships.

Despite his busy work and philanthropic schedule, Doug's main focus was on family life and activities. He was extremely proud of his wife, Shirley, who he considered his best friend and anchor, and his two cherished daughters, Lori and Kelli and their many accomplishments. Doug always made time for school activities, fishing, camping and family vacations.  He enjoyed several road trips with grandchildren as well as attending their numerous activities. A bonus and added pleasure to his life, were his five great­ grandchildren who included him in their special events. Doug found joy in each day and lived each day with gratitude for his caring family. He was the best husband, father and grandfather we could ever ask for. He filled our home with love, happiness and security and we were all loved unconditionally.

Retirement allowed Doug to enjoy his many passions. Always a fan of outdoor activities, he spent countless hours horseback riding, hunting, fishing, hiking, bowling, and following sporting activities. He was always a season ticket holder, fan and supporter of the Boise State Broncos.   He had a great love for horses and invested considerable time and energy training and caring for his much- loved quarter horse. One of his greatest joys was rounding up cattle on the Sandy Rock Ranch with his friend, Jay Cox. He was also an enthusiastic traveler and toured many foreign countries and most of the fifty states, enjoying the companionship of family and friends, while embracing new cultures and experiences. He was also now blessed to  be able to  spend more time with grandchildren and friends, who so enriched his life.

Although small in stature, Doug was a giant of a man. He was humble, unpretentious, independent and down to earth.  Among his many attributes was his curiosity, intellect and generosity  to  others.  He had an engaging personality, perpetual sense of humor and remarkable ability to relate to others to make them feel special and also to remember names, which earned him countless friends from all walks of life. He was a man of his word and never strayed from his core values of  honesty, integrity and respect for  others. What mattered to him were genuine friendships and he kept in touch  with people  from grade school through college and beyond.  Doug genuinely cared about others, touched many lives and left a wonderful legacy. His lifetime friendships left us with a lifetime of memories and his impact on our lives cannot be overstated. His common- sense approach to life has provided a priceless example to his family and a foundation  for  their own success. Although profoundly  saddened  by his parting, his legacy is enormous and will be long lasting, and we, his family, were blessed to have him in our lives and will forever carry on the values he taught us. He truly lived the American Dream and shared it with us.  As we walk down "memory lane," we will forever  remember  the  love and warmth of this man who  made our lives so complete and who taught us the positive aspects of life---We will miss him, but find solace in the fact that he is no longer bound in a body that kept him from doing the things that he loved. Doug had ambition, a competitive drive, a sense of humor and he fulfilled the lives of many people.  He was our hero!

Doug is survived by his loving wife, Shirley, his cherished daughters, Lori (Jay) Delaney, of Meridian, Kelli (Dan)   Evans, of Las Vegas, NV, his adoring grandchildren, Douglas Johnson of Meridian, Cori (Joey) Benart of Meridian, Whitney (David) Bach, of Bozeman, MT and Kylie Ferri, of Longmont, CO, his precious great-grandchildren, Kaylee and Averee Benart, Jacob and Brayden Bach and Douglas Johnson Jr. He is also survived by his sister, Jeanie Reynolds of O'Neill, NE and many nieces, nephews and cousins who were special to him. He was preceded in death by his parents, his brother, Bill, a brother­ in-law, Richard Heigel, a sister-in-law, Joan Heigel, all of his aunts and uncles and many cousins who all helped to enrich his life.

On behalf of our entire family, we would like to thank and express our tremendous gratitude to the countless, loyal friends, neighbors and family, who have supported Doug throughout his illness and to the many of you who have enriched our entire lives with your friendship. Your unending caring and compassion allowed us to keep Doug home with us during his years of struggle. No words can express what your selfless acts of kindness mean to us. We would also like to thank Keystone Hospice, Miley, C.J. and Chaplain Tim ,for their love and compassion and the wonderful care they provided to us in our time of need. We are deeply grateful for their service.

The outpouring of love and comfort we have received has touched our hearts to the core. Thank you from all of us.

A Celebration of Life will be held at a later date donations may be made to a charity of your choice.

To send flowers to the family or plant a tree in memory of Douglas Jackson, please visit Tribute Store
Thursday
6
May