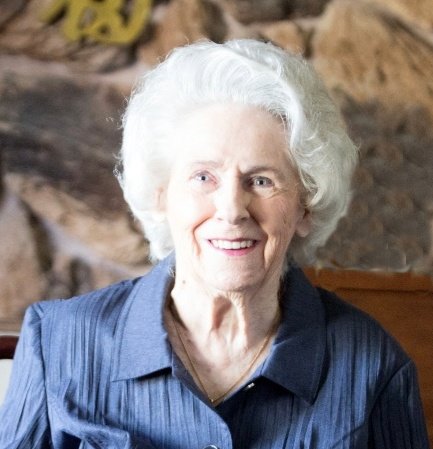 Helen Louise Boyette, 93, passed away peacefully at “You’re At Home” assisted living facility in Meridian, Idaho on April 18, 2021. Born September 14, 1927 in Negaunee, Michigan, Helen was the youngest of three daughters born to Wilbert and Ethel Matthews. In her teens, she met and later married James Jordan Boyette and spent 42 years until his death in 1988 supporting his military career and raising their three children: Patricia, Robert and Marsha.
She always provided a stable and loving home for the family during the many relocations and separations that accompanied his military career. Their final duty station brought them to Idaho Falls where she began to work as a secretary for the US Geological Survey at the Idaho National Laboratory. In the mid seventies, when Jim retired from the military they moved to Boise and she began to work for the Bureau of Land Management until she retired in 1995.
Her first love was her family. Her home in Meridian was always “home central” for her children, grandchildren and great-grandchildren and for the many adopted and inherited dogs that came her way and won her heart.
Helen is survived by her children Patricia and partner John Thompson, Madison, Wisconsin;
Robert and his wife Jan, Meridian; and Marsha and Philip Reily, Mesa, Arizona. “Mangee” will be especially missed by her grandchildren Philip Key (PK), Susannah, Jennifer, and James; and great-grandchildren Max, Sam, Kadyn, Alton, Colin, Madeline Rose, Alexis, and Jayden.
Helen was sorrowfully preceded in death in 2006 by her beloved grandson James Michael Reily.
The family would like to thank Shayne Burr and the staff at “You’re at Home” Assisted Living for the professional yet personal care they provided for Helen, aka “Mangee”.

To send flowers to the family or plant a tree in memory of Helen Boyette, please visit Tribute Store
Friday
30
April