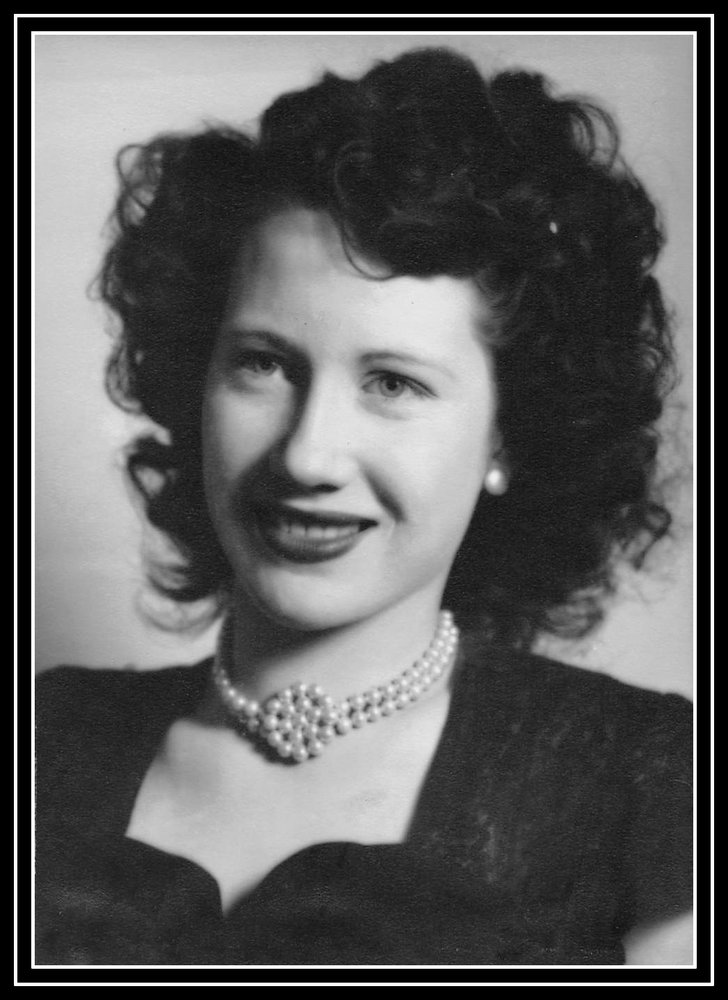 Velma "Charmaine" MacKenzie was born in Twin Falls, Idaho on February 10, 1930 to Velma and Scott Fletcher. On April 15, 2021 she passed away peacefully of natural causes at her home in Boise, Idaho with her daughter by her side.

Charmaine spent most of her life in Idaho where she enjoyed camping, fishing, and surrounding herself with friends and family. Charmaine loved to dance and looked forward to regularly dancing at the Eagles Lodge. Known as lucky, she took occasional trips to Jackpot, Nevada where she once won a 1967 Camaro. Charmaine was a crafter and a cook, especially at the holidays. Her special Thanksgiving dinners will long remain in family memories. Charmaine was an admirably strong woman who spoke her mind, always had a story to share, and loved her family deeply. She was also quite beautiful with sparkling blue eyes.

Charmaine met Carmen Piccione while he was stationed at Mountain Home Airforce Base. They were married on May 24,1947 and lived in Boise for two years before moving to Pittsburgh, Pennsylvania. The couple had two children, Joseph Scott Piccione and Laura Lynn Piccione-Boyer. The two later divorced, and Charmaine returned home to Twin Falls with the children. Later, Charmaine met Eldon Johnson at a Commercial Laundry and Dry Cleaners where the two worked together. They married on August 18, 1955 and invited Eldon's daughter, Linda Johnson, into the family as well. Eldon passed away in 1972. Later, Fred Mackenzie, a friend of the family, won Charmaine's heart. The two wed in 1977 and remained happily so until his death in1996.

The family extends many thanks to St. Luke's Hospice, Norco, and Metro Meals on Wheels for the exceptional care they provided Charmaine.

In lieu of flowers, the family encourages a donation to the Idaho Humane Society in support of Charmaine's love of animals or to the Idaho Caregiver Alliance in honor of her loving caregiver, her daughter Laura.

Share Your Memory of
Charmaine
Upload Your Memory View All Memories
Be the first to upload a memory!