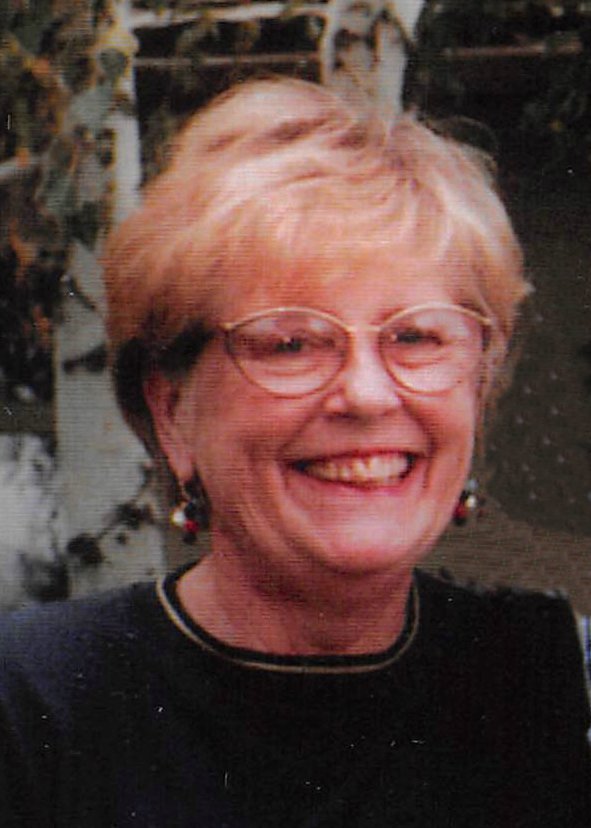 Marilyn was born January 10, 1935 in a small town in northern Saskatchewan. She was the only child of Leslie and Alice James.

In her early years she enjoyed fishing with her Dad, ice skating, and working in the family businesses. These businesses included a hardware store and pool parlor. She dusted a lot of fine china and brushed many pool tables.

After graduating from a parochial high school in Saskatoon, she went on to graduate from Teachers College. Her teaching job was in a one room school house teaching grades 1-12., in a farming community outside of Radville, Saskatchewan.

On September 1, 1956 she married the love of her life, Jim Lindsay, who passed away just before their 60th wedding anniversary. Immediately after their wedding the adventures began. Their honeymoon was spent driving to Hope, British Columbia, where Jim was working.

On August 21, 1957 they welcomed the third member of what became the ”traveling trio”, their daughter Laura.

Because of Jim’s work they lived all over the world and several places in the U.S.  During this time Marilyn would describe her life as being Chief Packer.

Finally they settled in Boise where they later retired. Upon retirement they continued to travel to many places they had not been before. If you asked Marilyn her favorite places she would tell you the Philippines and Ireland were high on the list.

Also during her Boise years she spent many days playing golf. Being a competitive golfer she enjoyed playing in various Pro Am events in the valley. She also had a tight group of friends that she played bridge with.

During retirement, winter would roll around and Marilyn and Jim headed south to Yuma, where they spent many winters enjoying the warm weather, casinos and Mexico.

If you asked Laura about her mom she would tell you every day she walked in after school her mom was there. She was her best friend. While in her later years they became mega shoppers and enjoyed “very long” phone conversations.

Marilyn is survived by her daughter Laura, son in law Kelly Robison and grand dog, Michelson.

A special thanks for the extraordinary care provided by Liz from Horizon Hospice and the staff from Spring Creek Ustick and also Mom’s close friend, Thelma for her diligence and support through this difficult time.

In lieu of flowers you may donate to American Diabetes Assoc. or your favorite charity.

Funeral services will be held at Holy Apostles Catholic Church on Tuesday, April 6, 2021 at 2 PM.

To send flowers to the family or plant a tree in memory of Marilyn Lindsay, please visit Tribute Store
Tuesday
6
April