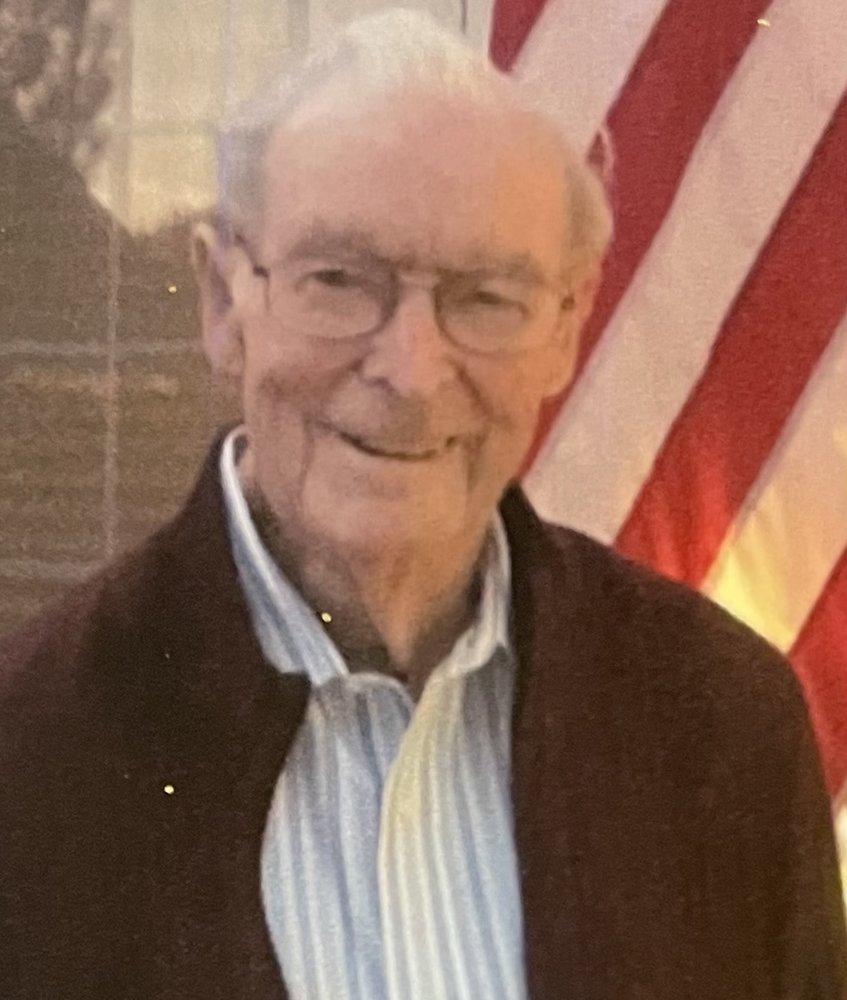 on January 29th, 2021.
To truly understand this remarkable man, one must be aware of his circumstances while
growing up. When Bob was five years old, after three years of no crops due to the dust bowl,
the bank foreclosed on his parent’s farm in Western Kansas. Bob’s parents loaded Bob, his
siblings, and what belongings they had into their Model T Ford Coupe and headed West. They
made it as far as Nampa, Idaho where they ran out of money. Unfortunately, when Bob was 13,
his father unexpectedly died six months short of qualifying for a company health insurance and
pension program. Bob and his siblings helped their mother by working various jobs to help
support the family.
Years later, Bob was able to enroll at the University of Idaho. Having to pay for school
himself, he had many jobs including stocking the boiler at his Delta Tau Delta fraternity for
$8/month.
Bob rarely spoke of the circumstances of his youth and never asked for sympathy.
Similar to members of The Greatest Generation and their reluctance to discuss their experience
in World War II, Bob preferred to keep these memories to himself.
With that as background, Bob had many loves and passions including: his wife Marie, his
children, his faith, his friends, his Idaho Vandals, Delta Tau Delta, Lawrence Welk, tennis, snow
skiing, Knights of Columbus, Kiwana’s, his military service, and his career in the National Guard.
Bob Zimmerman was a patriot, the fairest and most honest man you will ever meet (if he gave
one of his kid’s a dollar, the other three would receive a dollar), a devout Catholic, a loving
husband, father, grandfather, great-grandfather, and the best friend you could ever have.
When Bob ran into you and asked ‘how are you doing?’ he really cared and wanted to know.
Bob and Marie had a large circle of friends from every walk of life. I swear there was a
time when everyone in Boise, Idaho knew Bob and Marie Zimmerman, and if Zip didn’t know
you, he was sure to introduce himself (Hi, I’m Bob Zimmerman from Boise, Idaho!). You never
heard Bob speak negatively about another human being—never! Bob’s restaurant visits with
friends and family for breakfast, lunch and dinners were legendary. There was not a host or
hostess in Boise that didn’t know Zip! The social disconnect created by COVID-19 affected Zip
more than most as he loved the face-to-face interaction.
As Frank Capra would say “Yes Zip, you really did have a wonderful life.” Our
family takes solace in knowing that there is one heck of a reunion in heaven right now with Zip,
Marie, his brother Jerry, his sister Max, and his parents. He will be deeply missed, but his
positive attitude and kindness to all will live through his family and in those who were fortunate
enough to have met him.
Bob is survived by his children, Trudi Kuntz, Annie/Kelvin Anderson, Mary/Tad Mancini,
and Jim/Dina Zimmerman, 17 grandchildren, and 13 great grandchildren with two on the way.
“Don’t cry because it’s over—smile because it happened.”
A private service will be held at Sacred Heart Catholic Church for family only on February
5th at 1:00pm. To access the live stream to this service, go to summersfuneral.com. In lieu of
flowers, donations may be made to StantonHealthcare.com.
Thank you to Bob Zimmerman’s granddaughter Krista Andersen for interviewing and
recording grandpa’s story.

To send flowers to the family or plant a tree in memory of Bob Zimmerman, please visit Tribute Store
Friday
5
February

There will be a tribucast of the services on Friday, February 5, 2021 at 1 PM

Share Your Memory of
Bob
Upload Your Memory View All Memories
Be the first to upload a memory!
Share A Memory
Send Flowers