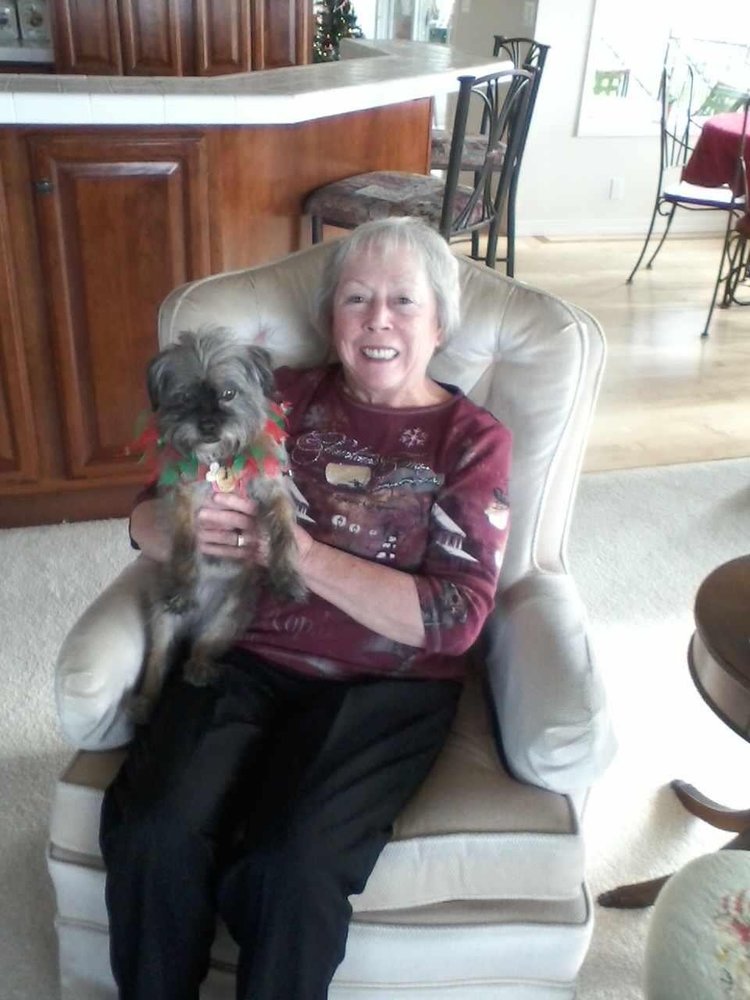 Nancy’s family stayed in Grand Rapids for about 15 years and then decided to move West.  They ended up in Hood River, Oregon.  Nancy finished her last two years of high school in Hood River.  During that time, she was elected Student Body Secretary and Football Queen.  She made many friends there, some of whom she is still in touch with.  After she graduated from high school she moved to Portland, Oregon and got a job at a bank.  That did not last long because Ross Fitzpatrick had just been discharged from the Army and his cousin had also graduated from Hood River HS the year before.  At Ross’s insistence, Jack (the cousin) got him a date with a girl he knew from high school.  That girl was Nancy.  It did not take long to decide they were in love and that they would make a great team.  They knew that next would be marriage.  They were both 19 years old and thought they should get started on their adult lives.  They were married September 25th of 1956 and recently celebrated their 64th anniversary.  Nancy had their first child July 4, 1957.  Nancy was two weeks overdue when she and Ross attended a Fourth of July party at Ross’s uncle’s house.  When the aunts heard she was two weeks overdue, they advised her that if she would drink a root beer with Cod liver oil mixed in it, she would have the baby.  Sure enough, the next morning she had an 8-pound baby.  During that pregnancy, Ross had finished his second year of college and had made arrangements to obtain Veteran’s housing at the University of Oregon ($32 per month) in WWII Officer’s quarters that had been moved from Corvallis.  You can imagine how comfortable they were.  But Nancy went along with it and made a home for her family, took care of the baby, cooked, washed, etc.  She and the other veteran’s wives would sit on their front steps on the 20th of the month and wait for the mailman to bring the monthly GI bill checks.  At that time, they were getting $125 per month whether we needed it or not.  Nancy became pregnant again and she had another 8-pound baby girl just two days short of her sister’s 1st birthday.  After Ross’s graduation the family started on a world tour as they searched for a better life for their family.  First stop was Bremerton, then San Francisco, San Mateo, Alexandria, Virginia and then Germany.  On the trip from Bremerton they had rented a trailer to pull their 49 Oldsmobile.  They had an old Army mattress which Ross draped over Nancy’s seat and had her sit on it during the trip to California.  She had to hold the Aileen on her lap while the Kathy was in a car seat between Ross and Nancy.  They stayed with her folks for a few days while they found an apartment.  They sure were glad to see us show up with our packed trailer.  We got an apartment right away and Nancy set up house for her growing family, again.  It was not long before we bought our first house in San Mateo.  By this time, we had another child, a boy this time.  Ross had gone to work for the Federal Government where he was promoted and offered a job in Washington, DC.  Nancy didn’t want to move again but the job was too good to pass up. So, Nancy and Ross were off again, moving across the country and buying another house in Alexandria, just across the Potomac from DC.  After about two years there, Ross was offered a job in Europe with another promotion.  Again, it was an opportunity too good to pass up and Nancy was finally talked into moving to Germany for three years.  Nancy and her family lived in Munich. While they lived in Europe, she and her family went to many countries and famous cities including Paris, London, Copenhagen, and Rome.  They had a VW station wagon which they usually traveled in.  Upon returning from Germany, Nancy and Ross purchased a motel in Ketchum, Idaho – The Heidelberg Inn.  She had many adventures while running the motel for the next 20 years.  They finally sold the motel and retired to Boise, Idaho.  After a couple of years, the children were all gone, and Nancy and Ross started traveling again.  Mostly they went on cruises, but they also visited South America, the Far East including Australia and New Zealand.  Nancy thoroughly enjoyed her life in Boise. She made many friends, worked out at the Y and went to the Boise farmer’s market almost every Saturday.  Her life was busy with her friends and her family.

To send flowers to the family or plant a tree in memory of Nancy Fitzpatrick, please visit Tribute Store
Print
Share A Memory
Send Flowers