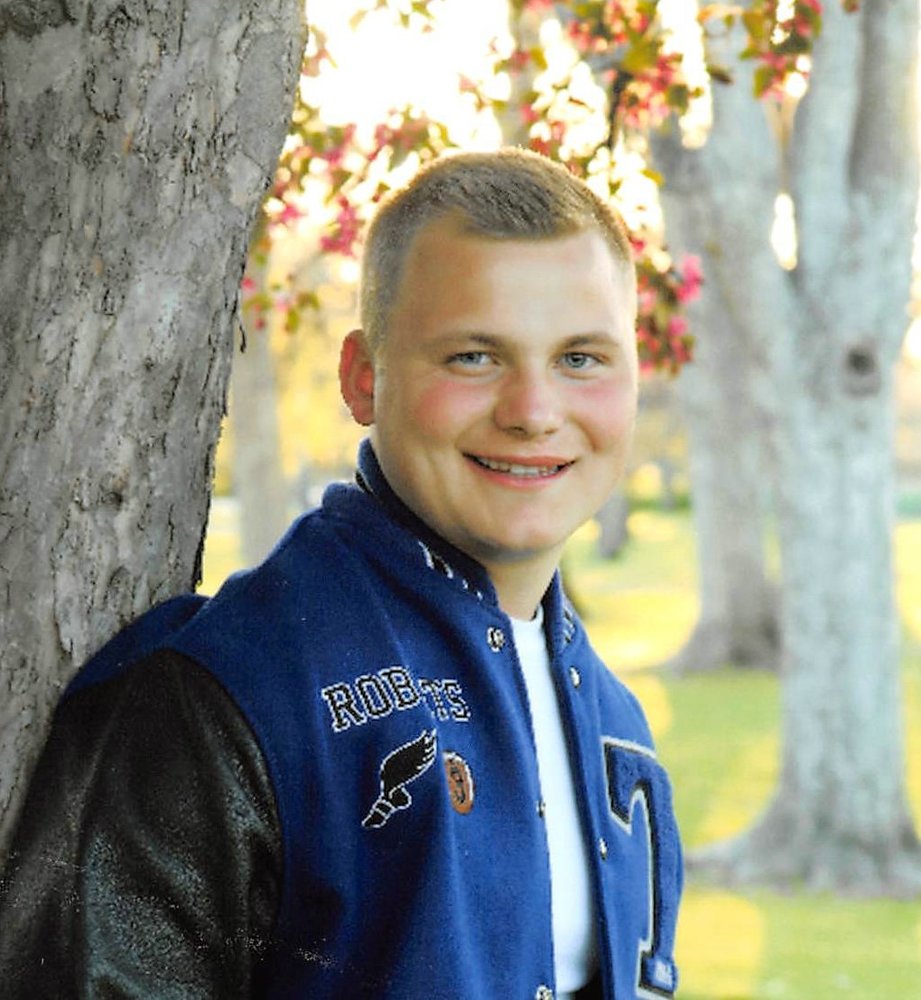 Matthew Michael Roberts was born on October 29, 1998 in Boise, Idaho to the proud parents of Mike and Christa Roberts.  Matt’s early years were spent in Mountain Home.  His parents called him their little bulldozer because he was such a strong little guy.  He was always such a happy and playful little child.  If there was a ball around, you better look out because he was going to throw it!

The family moved to Boise in 2001 and he attended White Pine Elementary.  He was always a good student and loved school.  He then attended Les Bois Junior High School.  He excelled at academics as well as basketball, track, and football.  As an 8th grader he was the city champion in the 100 and 200 meter dash.  He then ran varsity track for Timberline as a freshman.  In high school at Timberline, Matt again excelled at academics and athletics.  He was well liked by classmates and his teachers said he was a pleasure to have in class, which made his parents enormously proud. As a sophomore, he was a member of the 4X100 relay team that won the state championship.  He was named each year to the all-academic list for track and football.  He excelled at football while at Timberline and was a leader on the team.  Watching him carry the football and going on a big run was the highlight of his father’s life.  Matt was invited to play in the All Idaho State Football Game as a senior.  A special thanks goes out to Coach Hendberg and Kelly Gonser who were both such great influences on Matt while he was at Timberline.

After high school, Matt attended Boise State, his father’s brain washing did not work.  At BSU, he was always a straight A student and was always on the dean’s list.  At the time of his passing, he was a senior who was set to graduate with a degree in health science.  He planned to go on to radiology school.

Matthew was the kindest kid you would ever meet.  He was everyone’s friend with a big heart of gold.  He always had a smile on his face.  He was always willing to help anyone and that is why he wanted to go into the health care field.

He loved to float the river with his mother and the dogs.  He and Christa had a special bond and spent much time together. They enjoyed trips to Lava Hot Springs, Lucky Peak, and fun times at Art in the Park, and many others.  They were remarkably close and best friends.

Matt and his dad spent a lot of great times together too. Watching Alabama football, trips to Moscow, Maui, and Tuscaloosa.  They barbecued and ran all over the northwest to football camps.

Matt and his brother, Nick, spent many summers in Alabama with their Grandpa and Grandma on the farm.  He loved driving the golf cart and riding Hogie the bull.

Matt has an incredible special relationship with his girlfriend, Makayla.  They have been together since Junior High.  She was the love of his life, and they were inseparable.

Matthew loved to cook and barbeque, root for BSU and Alabama football, and play with his new puppy, Winston.  He adored his niece, Aspen, and loved spending time with her.  Grandpa Buzz taught Matt to fish and Matt loved the time they spent together.

He was preceded in death by his grandmothers Kathy and Vivian.

It is so hard to comprehend that Matthew is gone, but he will never be forgotten.  Matthew died in Boise on November 10, 2020.  A viewing will be Tuesday, November 17, 2020 from 4-6 pm at Summers Funeral Home, 3629 E. Ustick Road, Meridian. A Vigil and Rosary will follow at 6:00 pm. Funeral services will be Wednesday, November 18, 2020 at 6:00 pm also at the Summers Funeral Home in Meridian. Because of COVID restrictions, the number of people able to attend in person will be restricted and masks will be required.  The services will also be live streamed. Attend by logging in to the Summers Funeral Home website at www.summersfuneral.com and click on Matthew’s obituary page.

To send flowers to the family or plant a tree in memory of Matthew Roberts, please visit Tribute Store
Tuesday
17
November

Share Your Memory of
Matthew
Upload Your Memory View All Memories
Be the first to upload a memory!
Share A Memory
Send Flowers