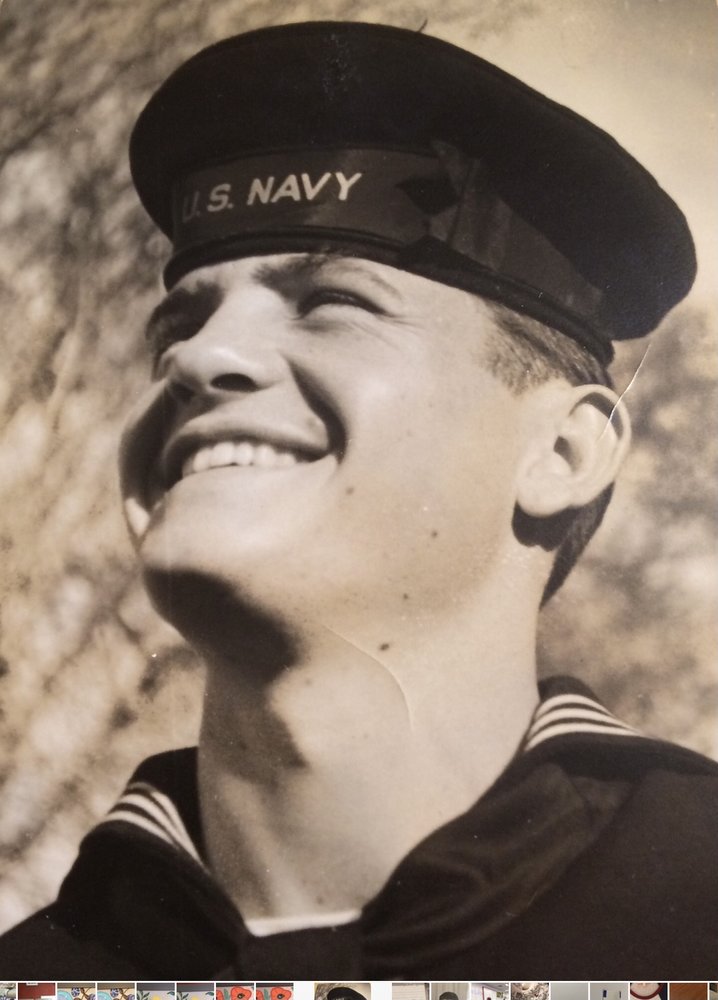 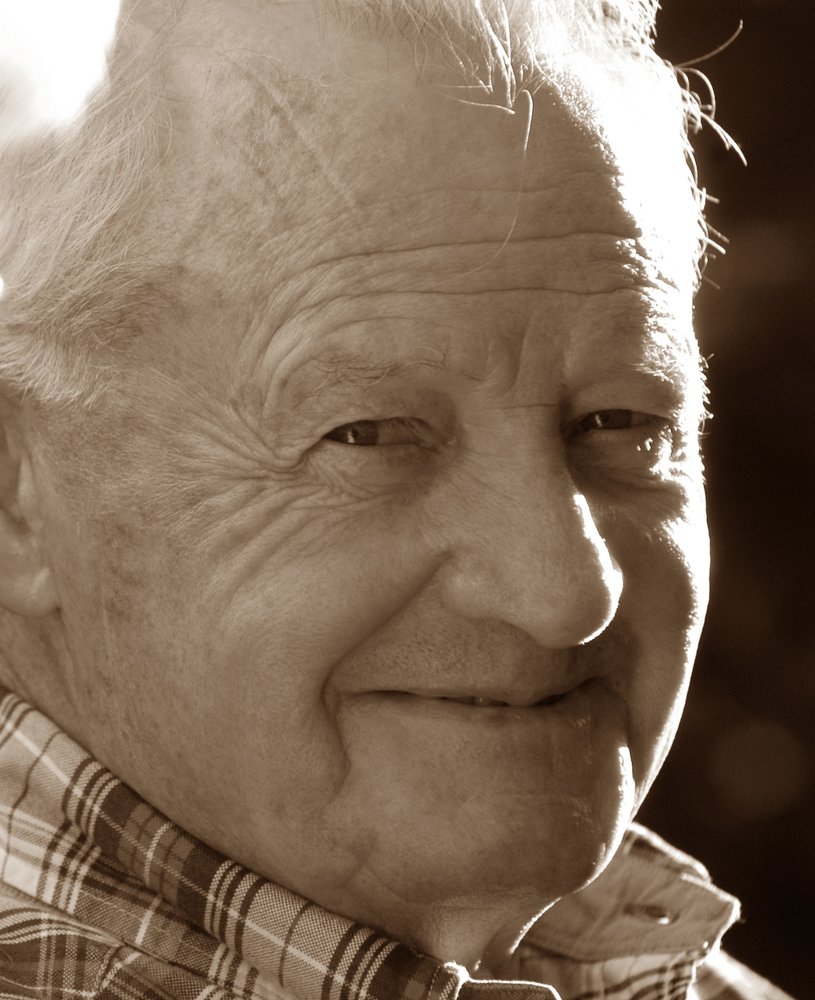 Please join us in celebrating the long and fruitful life of George Gerald Veasy. Also known as Gerry, Ger, Georgie, and/or Grandpa. George lived his nearly 94 years with admirable gusto and resiliency. From Terry, his surviving and beloved wife of nearly 70 years, to the raising of 7 children, George will be fondly remembered by all as the life of the party. With his sly smile, Irish eyes, and dapper sense of style, George lived a rich and rewarding life filled with love of family and friends.

George was raised in the San Francisco Bay area, the 4th of 5 children. He has fond and robust memories of his childhood, growing up in a big family during difficult economic times, surviving the nuns at Catholic school, and making mischief with his siblings. After high school, George enlisted in the Navy, where he served from 1945-46. He has been forever thankful for the opportunity to serve our country and the ensuing benefits, which included tuition payments to the University of San Francisco, where George graduated with an accounting degree. He was also sincerely appreciative for the ability to be attended to by the VA hospital, whose wonderful staff saw him successfully through many of his health needs throughout the years.

George met his beloved wife Terry in high school. Their love flourished even after George threw Terry’s love letters overboard his Navy ship, in a fit of frustration after a “disagreement”. These letters washed ashore, only to be returned to Terry by a Catholic priest. The rest, as they say, is history! Terry and George married in 1951, after they both graduated college. Truly a love story for the ages, George and Terry fostered a relationship based on love, respect, and admiration that has carried on throughout the years. The examples set by these two are inspiring for all!

George and Terry lived most of their adult lives in Boise where George began his long career working for Boise Cascade as an accountant. In addition to the significant investment required in raising 7 kids, George loved to golf, travel, and spend time with friends. George and Terry had so many meaningful friendships, filled with fond memories for all friends and family members.

George always stood up for his principles, oftentimes at the expense of convenience. Some examples include getting to church an hour early to get a seat on Easter and Christmas, moving his skins game 20 miles out to Nampa because of new ownership and a rate increase at his neighborhood golf club course, and going to the hardware store at least three times for a part to try and fix something instead of replacing it.  George enjoyed every day of his retirement which was spent doing yard work, watching and playing golf, and completing lots of crossword puzzles.

Some things we’ll cherish and miss most about George:

In addition to his wife Terry, George is survived by his 7 children and their spouses, including: Tom Veasy, Nancy and Mike Hanna, Pat and Angie Veasy, Claire and Larry Radford, Mary and Chris Butler, Ann and Dennis Kaill, and Molly and Chris Gray, in addition to 12 grandchildren and 6 great grandchildren. George is also survived by his own older sister Marian and younger brother Jack. His brother Bill and sister Kaye have passed. The family would like to send a heartfelt thank you to Edgewood Plantation Place where George and Terry have resided the past three years and have received excellent care by all staff members.

In celebration of George’s life, we ask that you pour yourself a Guinness, put on his favorite song “Bye Bye Miss American Pie”, and toast to a life appreciated and well-lived.

To send flowers to the family or plant a tree in memory of George Veasy, please visit Tribute Store