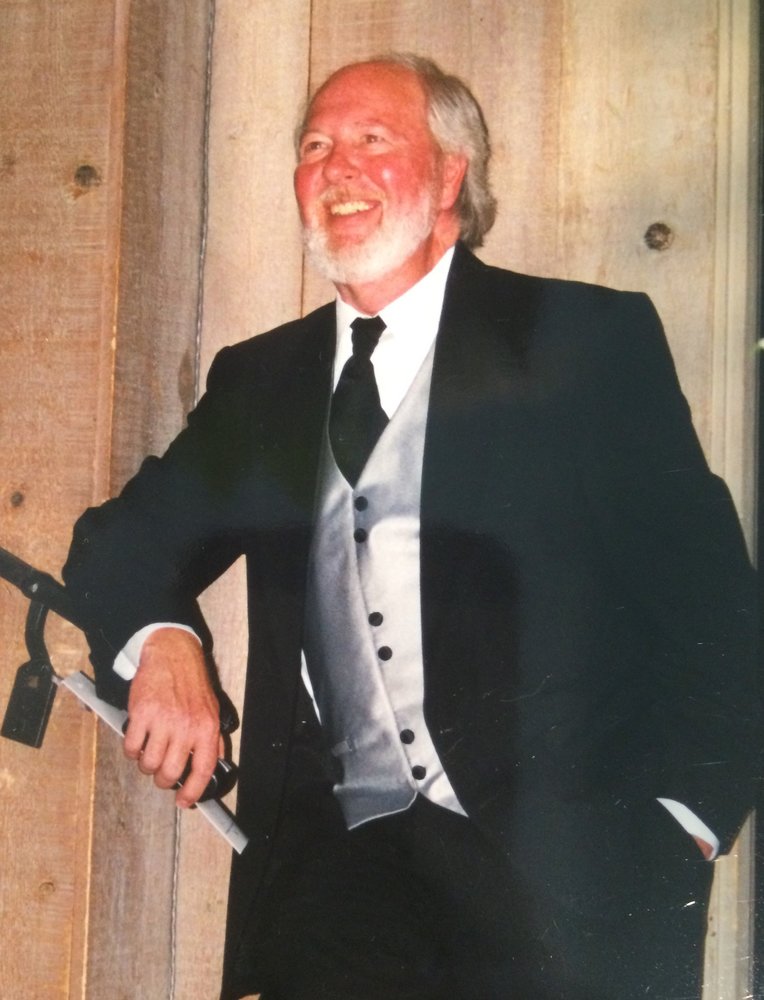 Wallace (Wally) Eugene Yates died October 18, 2020.  Born in Mountain Home on February 4, 1938, to Farrie Mae Clark and Clyde Henry Yates, Wally was the fourth of five children, having three older sisters (Bonnie, Barbara, and Shirley), and a younger sister (Sandy).  Due to his mother’s ill health and his father working overseas, Wally and Sandy were placed in St. Joseph’s Children’s Home in Cottonwood.  Wally later moved back to Boise, graduating from St. Teresa’s Academy in 1956.   In his sophomore year, William and Corki Onweiler welcomed Wally into their family.

After graduation, Wally attended Boise Junior College and began apprenticing for Norris Fritchman, owner of Fritchman Galleries.  Wally bought the gallery and frame shop in 1968 and became the “go to” picture framer in Boise.  At that time, most of the homes and businesses in Boise had pictures framed at Fritchman’s.  For many years, Wally was an active member of the Boise Museum of Art and a committee member for Art in the Park.  He collected artwork, especially beautiful ceramics.  He was a good friend of John Takehara and admired his work.  He worked with the Archie B. Teater Foundation, cataloging, showing, and selling the artwork to help disabled children of Idaho.  Wally finally closed the shop’s doors in April 2003, hanging a “Gone Fishing” sign on the door.

In 1960, he married Nicola Bodenheimer Booth and adopted her two-year old daughter, Sabra.  His son Sean was born in 1961, and was the apple of his father’s eye.  Wally and Nicola were later divorced.  Wally subsequently married his high school sweetheart Sharon (Shari) Mills Nelson, who had four children (Deborah, Kathryn, Ann, and Michael).  Suddenly Wally and Shari had five children living under one roof, with all the fun and craziness of a blended family.  After retirement, he and Shari relocated to Santa Barbara until 2012, when Wally longed to move back “home” to watch the seasons change again.

Wally was preceded in death by his parents, Clyde and Farrie Mae Yates, many aunts and uncles, his sisters Shirley, Bobbie, and Bonnie, and his beloved mother-in-law Beatrice Mills.  He is survived by his wife Sharon, his sister Sandy, his children Deborah Block of Victoria B.C., Sean (Rachel) of Milwaukee, Kathryn Hill (Gordon) of Boise, Ann Daugharty of Coeur d’Alene, Michael Nelson (Susan) of Portland, Oregon, Sabra Booth of Austin, and by his brother-in-law Patrick Mills (Kay) of Boise, and many nieces and nephews in the Seattle area.  He loved being Grampy (or sometimes Grumpy) for his grandchildren:  Eleana and Hannah Block; Catherine Anderson (Clark and great-grandson Greyson); Katherine, Emma, and Jackson Daugharty; and Reese and Joyce Nelson.  He also leaves behind Gracie, one of many beloved dogs.  The family would like to thank St. Luke’s Hospice for their help and care.  A Celebration of Life will be scheduled at a later date.  In lieu of flowers, please consider a donation to the Boise Museum of Art or a charity of your choosing.

To send flowers to the family or plant a tree in memory of Wally Yates, please visit Tribute Store

Share Your Memory of
Wally
Upload Your Memory View All Memories
Be the first to upload a memory!
Share A Memory
Send Flowers