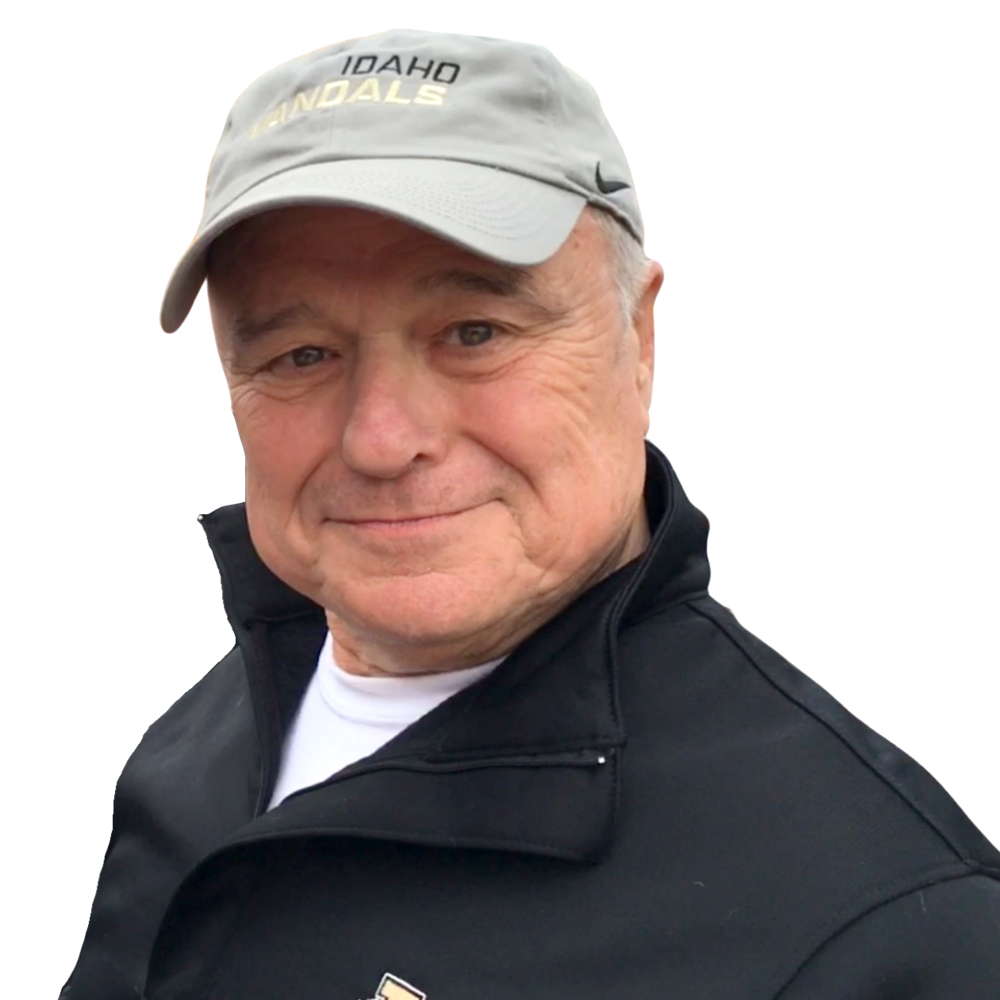 On Thursday, October 15, 2020, Richard ‘Dick’ McFarland, loving husband and father of two children, passed away peacefully in Meridian, Idaho, at the age of 74.

Dick was born on April 15, 1946, in Boise, Idaho, to Max and Carole (Moody) McFarland. Max died when Dick was six years old. From that time on, Dick understood the importance of family and dedicated his life to it.

Dick’s favorite childhood memories include going on vacation with his mom and Grandma Moody where they rode roller coasters and went to baseball games. He met Meridian native and Pittsburg Pirates pitcher Vern Law, who gave him a baseball signed by the team.

When his mom founded the Hungry Onion drive-in in Meridian, Dick and his brother Jim could be found helping their mom with the day-to-day operations and studying in the back room.

Dick also had a mischievous side. Before graduating from Meridian High School in 1964, he once put an outhouse on the roof of his high school.

After high school, Dick attended Boise Junior College for two years before transferring to the University of Idaho and completing a degree in Accounting in 1969. Dick was a lifelong Vandals fan, and loved to ask his daughter Jenny, “Have you heard about the Vandals?” before (and during!) every football season.

Dick fell head-over-heels in love in 1970. Driving his cute cherry red Mustang and donning his recreation baseball uniform, Dick became a regular visitor at Regie Chipman’s house, not knowing that sometimes Regie’s little sister Bunny was hiding in the bushes taking his picture.

Typically, a more measured decision-maker, Dick knew he wanted to marry Regie the day he laid eyes on her. He proposed less than six months later. Dick and Regie were married in 1971.

The honeymoon continued for nearly 50 years. Dick spent almost every day with Regie, and they were often holding hands and modeling what a solid, loving marriage looks like for their two children. They especially loved traveling to their favorite places like Coeur d’Alene, London and Maui.

Dick started having heart problems about 23 years ago.  He always bounced back. Yet, he and Regie were very aware they were living on borrowed time, so they packed a lot of fun into the past 20 years.  Whether it was taking their kids to Europe, spending time with Chuck and Kathy Turner, or going on road trips, cruises, and weekends in Cascade with Phil and Linda Aldape, they loved spending time together. Regie will always be thankful they took a final cruise in February 2020.

An incredibly loving and dedicated dad, he started teaching his daughter, Jenny, about baseball and football from the moment she was born and continued until the day he died. He also coached and attended softball games and served for several years as Associate Guardian at Jenny’s Job’s Daughters Bethel #6 in Meridian. Whether they were standing in front of the radio “watching” the Vandals or hanging out in Portland, wherever Dick was, Jenny wasn’t far behind.

Dick enjoyed spending quality time with his son, AJ. One of AJ’s favorite memories is from the family trip to Europe in 2017—walking from Tower Bridge to the Anchor Pub, one of the oldest pubs in London, sitting along the Thames, drinking a beer, watching the boats go by and solving the problems of the world.

Dick was accomplished in finance and could be found “working numbers” well after his retirement. After completing his degree in accounting at the University of Idaho, Dick began a 35-year career with the State Tax Commission, starting in 1969 as a Tax Auditor.

He progressed quickly, soon becoming a corporate tax auditor and before long assuming responsibility for increasingly complex tax examinations of returns filed by many of the world’s largest multinational corporations.

His expertise and leadership abilities ultimately resulted in his promotion to Tax Audit Bureau Chief.

During his years in this capacity he built a highly professional audit program, and often participated with counterparts in other states to improve the uniformity of corporate tax laws and reporting practices among the states with a goal of making compliance easier and tax administration more equitable.

Dick was also very active in the Masons, Scottish Rite, Shriners, and Jesters. His father-in-law, Bud Matter, introduced him to Masonic life. He started his Masonic journey on April 4, 1986, being initiated an Entered Apprentice, Passed to the Degree of Fellow Craft, June 24, 1986, and Raised to the Sublime Degree of Master Mason on September 16, 1986, at Meridian Lodge #47. Dick was a Master Mason for 34 years.

Dick became a member of El Korah Shrine on May 15, 1987, immediately becoming a member of the Players Unit and was an actor in many melodramas as either the villain or hero. He was appointed Captain of the Guard of El Korah being elected Oriental Guide in 1998, eventually becoming Potentate of El Korah in 2002.

He served on many committees—Chairman of the Board of Trustees of the Patient Transportation and Preservation Trust, President of the Widows and Orphans Fund, Financial Advisor and Co-Director of The Pacific Northwest Shrine Association Summer Conventions in 2008 and 2014. He was a member of several Units of El Korah Shrine— the Egg and Shell and a member of the Royal Order of Jesters, Court #31, serving as Director in 2018. He was a Life member of El Korah Shrine for 33 years.

Dick so enjoyed all of the wonderful friends he made throughout his involvement in the Masonic orders. He especially loved his Wednesday golf and lunch group, the WIMPS.

Dick is survived by his wife, Regie; his daughter, Jenny; his son, AJ; sons-in-law Jon Stouffer and Sam Gunn; his brother, Jim, and his wife Noelia; his sister-in-law Bunny and her husband, Jeff; nieces Ashley and Shea-Marie; and nephews Taylor and K.C. He is preceded in death by his father, Max, and mother, Carole.

The family would like to thank the St. Luke’s Meridian Medical Center’s Intensive Care Unit for their efforts and dedication.

Due to COVID-19, the family is holding a private Masonic funeral service. A celebration of life will be held after the restrictions are lifted.

In lieu of flowers, and in his honor and memory, please send donations to:

Please note on your donation: In Memory of Dick McFarland, for the kids at Salt Lake Shriner’s Hospital

You can leave a note for the family at www.dickmcfarland.com

To send flowers to the family or plant a tree in memory of Richard McFarland, please visit Tribute Store