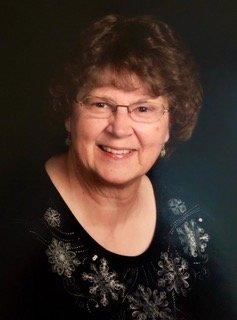 Mary was born in Pendleton, Oregon on March 25, 1947 to Swen and Judith Westersund and was the oldest of six children. They lived 12 miles out of town on a wheat ranch which Mary thoroughly enjoyed. She would help out with numerous chores on the farm and when she could finally reach the clutch and see out of the windshield of the wheat truck she could load wheat on the go driving right beside her dad on the combine. Mary’s dad  Swen always bragged about what a good truck driver she was and her reputation gave the other sisters in the family a chance to drive truck. The family had many farm animals; however Mary loved riding her horse Kemo out on the open field for hours.

Mary graduated from Pendleton High School in 1965 and then attended Northwest School of Commerce in Portland, Oregon where she graduated as a medical secretary. She met the love of her life Lonnie Holloway in Pendleton, Oregon and the two were married on April 2, 1966. They moved to Ontario, Oregon where Lonnie started drilling water wells for his dad and then in 1969 started his career of 34 years climbing poles for Idaho Power. Mary worked as a key punch operator for Ore Ida and a variety store and that is also where there started their family. Lonnie transferred with Idaho Power to Boise, Idaho in 1981 and there they continued to raise their two children with Mary being a stay at home mother and wife.  They became members of King of Glory Lutheran church and later became members of UMCI, motorcycle group, where they would take various trips together. They have met many lifelong friends through both King of Glory and UMCI.

One of Mary’s favorite phrases was “be sweet”. You would often hear her say to Lonnie or her grandkids to “be sweet”.

Mary, who is Finnish, really gravitated toward the Finnish word “SISU” when her health started to decline. She would often say, “I just need some “SISU” today.” She would tell others that were staying at Amber Lane with her what it meant and to get some “SISU”.

SISU is a unique Finnish concept. It is a Finnish term that can be roughly translated into English as strength of will, determination, perseverance, and acting rationally in the face of adversity. Sisu is not momentary courage, but the ability to sustain that courage.

Mary’s interests included: taking camping trips on the back of Lonnie’s motorcycle, going to movies, bird watching, historical societies and the history of small towns in Idaho, Sudoku and Cross Word books, sewing, walking her dog Foster and anything that had to do with bunny rabbits.

There are not enough words to describe how greatly she will be missed as a wife, mother, grandmother, sibling, aunt and friend.

Mary is survived by her husband of 54 years Lonnie Holloway; her children, Eric Holloway and Wendy Dillon (Steve); her grandchildren Parker, Emma, Amanda, Casandra, Nichole and Trishia and various great-grandchildren. She is also survived by her siblings, Steve (Susan), Trina (Dick), Kris (Margaret), Andrea (Ken), Suzy (David), and numerous nieces and nephews, cousins and her lovely dog Foster.  Mary is preceded in death by her parents Swen and Judy.

A graveside service is on September 28, 2020 at 1:00 pm and will also be live-streamed through Summers Funeral Home.

In lieu of flowers the family asks that a donation please be made to Mary’s favorite horse rescue:

In memory of my mother

You were a precious gift from God above,

so much beauty, grace and love.

You touched our hearts in so many ways,

your smile so bright even on the bad days.

you didn't want to go and leave us alone.

You loved us so much, you held on tight,

till all the strength was gone and you could no longer fight.

He had called your name twice before,

you knew you couldn't make him wait anymore.

So you gave your hand to God and slowly drifted away,

knowing that with our love we will be together again some day.

To send flowers to the family or plant a tree in memory of Mary Holloway, please visit Tribute Store
Monday
28
September

A webcast of services will be done.