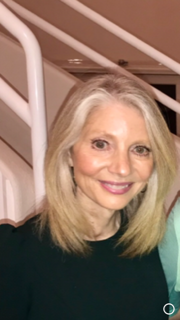 On Tuesday, August 25, 2020, after a long and courageous battle against mesothelioma, Lynne Saunders passed away peacefully at the age of 58.

Lynne was born on June 10, 1962 in San Diego, California to Ed and Daphne Cherry. She graduated from San Diego State University and started her career in sales with Gallo Wine.

Lynne later joined ORE-IDA. In 1993 her success in the field led to a heady promotion to the home office in Boise, Idaho. She was kind enough to bring her husband, Mike Saunders, with her. Lynne and Mike were married in San Diego in 1990. In order to keep Mike in Boise, and continuing her “sales dynamo” career, Lynne joined Griffith Foods where she worked for over 20 years. While at Griffith Foods Lynne earned many top sales awards. Her family is incredibly grateful for the kindness Griffith Foods has shown Lynne over the years.

In 1995, Lynne gave birth to her daughter, Madeline, the light of her life.  She was incredibly proud of all of Madeline’s many accomplishments. Lynne positively lit up when she was around or talking about Maddy.

Lynne was an avid tennis player, a fervent hiker, and a world traveler. She had a zest for life. But Lynne was best known for being a kind and considerate friend to so many.

Lynne is preceded in death by her mother Daphne Cherry. She is survived by her husband Mike, her daughter Madeline, her father Ed, her brother Shawn and several nephews.

Lynne’s family would like to thank MSTI, Drs. Zuckerman and Krieisle and all the kind staff. We are especially grateful to the amazing people at the Baylor College of Medicine in Houston, TX. Thank you to Drs. Sugarbaker and Ripley, you gave us more time with Lynne.

Due to the pandemic, a remembrance for Lynne will be announced later. In lieu of flowers the family asks that a donation please be made to curemeso.org in Lynne’s name.

To send flowers to the family or plant a tree in memory of Lynne Saunders, please visit Tribute Store

Share Your Memory of
Lynne
Upload Your Memory View All Memories
Be the first to upload a memory!
Share A Memory
Send Flowers