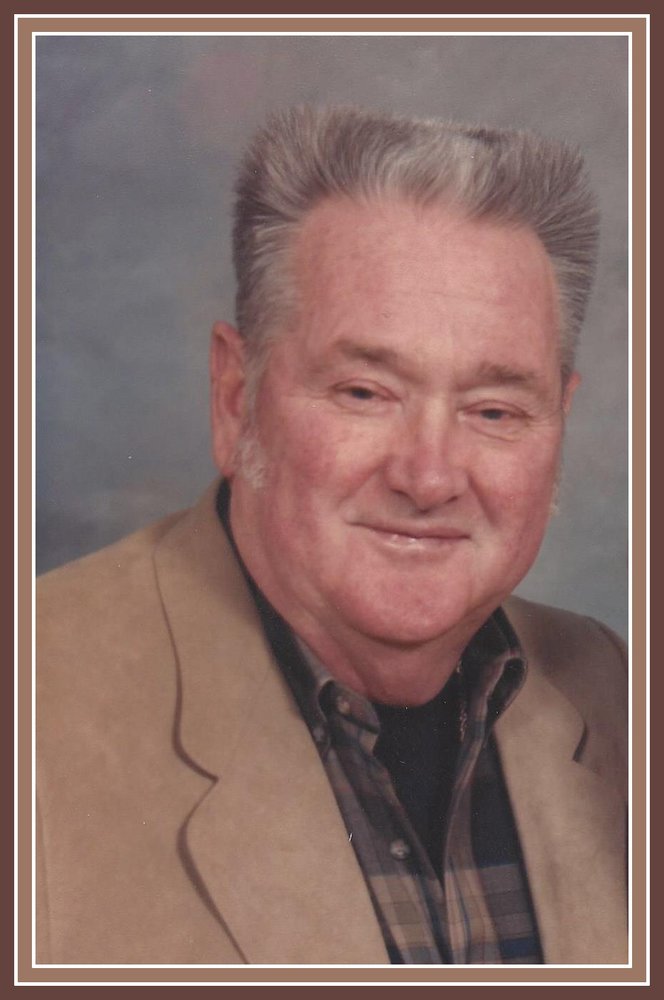 Carl Reynolds, 87, passed away peacefully Saturday, August 22, 2020. He was a beloved husband, father, grandfather and great-grandfather. He lived with his wife Ellie at their home in Touchmark, Meridian until he was admitted to the memory care center at the same location in 2017. Although the center had been very careful, he ultimately contracted the coronavirus earlier in the week and passed away only 5 days later. The fact that he was unable to see any of his family or friends for the previous five months due to this virus was unimaginably difficult for him and his family. We are thankful that Father Cook from Sacred Heart was able to administer the final sacrament, the Anointing of the Sick, the night before he died.
Carl was born in Twin Falls, Idaho on August 3, 1933 to Walter and Pauline Reynolds. He was brother to Tommy, Dick, Ronnie, and Mary. He attended schools in Buhl, Idaho and then attended Idaho State. While at college, he enjoyed participating in both the football and wrestling programs. He also served 2 years in the US Army as a 1st Lieutenant . He married Donnetta Engkraf in 1954 in Rupert, Idaho and they were married for 47 years until she passed away in 2001. They were blessed with seven children, Mike (Toni), Yvonne, Randy (Kerri), Steve (Jeanette), David (Lorinda), Regina (Bill Covington), Carla (Gary Oneal). They were additionally blessed with 13 grandchildren and 28 great-grandchildren (and another one expected in October!).
Carl began a new chapter of his life in 2002 when he married Ellie Praegitzer. Ellie loved and cared for Carl to the very last day. Carl's family is grateful for how well she cared for him throughout his time at the memory care unit. She was there for him on the good days and the bad. God bless you Ellie!
Carl and Ellie enjoyed traveling in the motor home. They had season tickets to BSU football games. They traveled to Ireland and Europe, but cruises were their favorite. After his years of farming, he became victim of the dreaded Alzheimer's disease. This prompted them to move to Touchmark in Meridian, a retirement, assisted living, and memory care facility. Ellie & her children Brent (Elaine) Praegitzer, Linda Praegitzer, Tim (Joyce) Praegitzer, 3 grandchildren, Ross, Michell, Sara, & 2 great grandchildren Sophia & James will miss him dearly.
Early in his adult life, Carl worked very hard as a farmer and spent his winters inspecting potato cellars for Ore-Ida Foods. This progressed to a corporate position and he eventually became executive vice president. When Heinz purchased Ore-Ida Foods, he was not interested in moving the family to Pittsburgh, so he began raising potatoes in South Boise, then Bruneau, Idaho. He held leadership positions in Northwest Potato Growers. Around this time, he was instrumental in getting his sons started in their own farming careers. In the early 1980's, he began a successful career brokering famous Idaho potato seed. He had customers all over the Northwest, and many became his good friends. He continued working into his late 70's until complications from dementia took its toll.
The things that were important to Carl were simple but profound, his faith and his family. He lived and taught his children a strong Catholic faith, to work hard, and to always put family first. He came from a very modest family with few advantages in life. Carl was determined to create a world for his family that was better than what he had. Carl was successful by many standards. With his success came generosity. He put all his children through Catholic schools and even after his kids were grown, he continued to support both Bishop Kelly and Sacred Heart. He served his church by giving of both his time and finances. He taught his children to always try to do the right thing and to be charitable. And to always ask for REAL butter!
Carl is survived by his wife, Ellie; his children, grandchildren and great-grandchildren, Michael's children: Desirea (Tim Shawver), Kobe, Caden, Kenadee, Tyler (Nikki) Reynolds, Kynlee, Kelsey (Scott Wood), Benjamin; Randy's children: Jake (Dianna) Reynolds, Owen, Charlee, Andrea (David Jakious), Hadley, Molly, Jack; Steve's children: Jason (Rachel) Reynolds, Kegan, Parker, Peyton, Porter, Jessie (Brent Ward), Jemma, Berklee, Monica (John Earnest), Barrett, Michelle (Travis Heitmann), Greta, Harper, Camry, Leightyn; David's children: Sean Reynolds, Allisyn, Kylee, Josh, (Jessica) Reynolds, Taylor, Tyson, Teagan, Rachel Reynolds, Dakota; Regina's children: Mindy (Travis Sigea), Elijah, Jayden: his brother Dick (Mary) and his sister Mary (Gene Phillips). He was preceded in death by his parents, his brothers Tommy and Ronnie; and his beloved wife Donnetta. His precious daughter Yvonne died tragically at the age of 8, and his eldest son Michael lost his battle with leukemia in 2016.
Due to COVID-19, services will be strictly for immediate family. The family will have a Celebration of Life post Covid for all to attend. In lieu of flowers please donate to either Bishop Kelly High or Sacred Heart School in Boise in Carl's name. He was also a supporter of http://www.golfforacause.org/ , a branch of The Leukemia And Lymphoma Society in honor of Carl's son Michael who lost his battle in 2016.

To send flowers to the family or plant a tree in memory of Carl Reynolds, please visit Tribute Store

Share Your Memory of
Carl
Upload Your Memory View All Memories
Be the first to upload a memory!
Share A Memory
Send Flowers