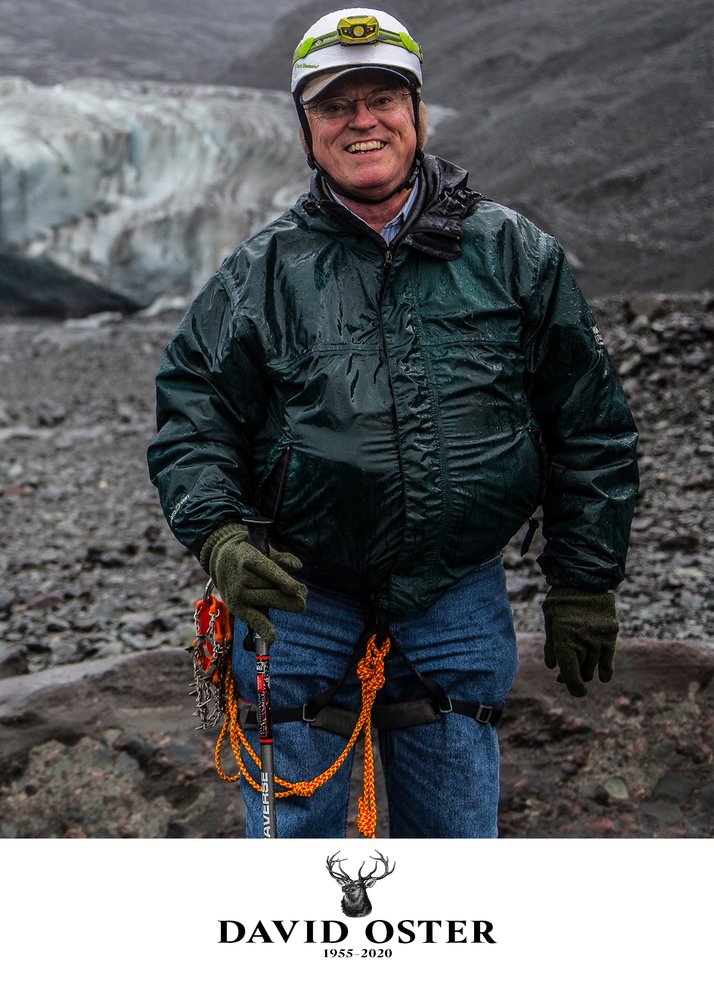 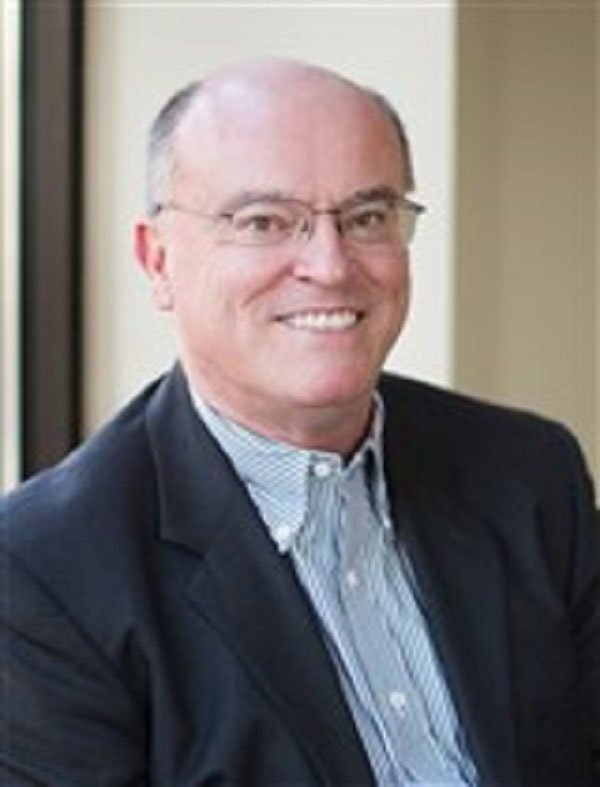 Kind, patient, hard working, brilliant and inspiring are the words used to describe David Oster.  He lived life to the fullest; he lived a prolific career, and died living a wealth of experience.

David was the rare only child born to Elmer and Janette Oster, amongst a sea of aunts, uncles and cousins, growing up in Denver Colorado. David spent his childhood playing music, both the accordion and the violin, playing with friends and family, and hunting in the Rocky Mountains where he became a skilled marksman. David loved to shoot; it was always an important part of his life and he was an ace at it.  He was also very smart and dedicated to his education. His mother Janette was always one of his biggest advocates of his education, she knew David was special, and she pushed hard to get David to go to college any way he could.  Being the Marksman that he was, he was able to combine his shooting skills with his intelligence and secured a full ride ROTC scholarship to the University of Colorado in Boulder. There, He met his wife Sharon, an intelligent and feisty pre-med student. Both driven, and compelled by a life bigger than they knew, they immediately fell in love, married, and together they embarked on a whirlwind of a professional and personal life together. After college they moved to Virginia; David with the transportation division of the Army, and Sharon going to medical school.

While Stationed at Newport News VA, David honed his techy instincts and developed a port documentation system that replaced the antiquated technology being used at the time. Dave's technology was a huge success and was adapted throughout the entirety of the transportation corps and later throughout the entirety of U.S. ARMY, earning him two meritorious service awards for his innovation.  In 1983, they welcomed their only daughter Stephanie into the world, and almost immediately after her birth, David was transferred to Oakland Army Base in California. Without missing a beat, they picked up and moved across country, newborn baby and very scared house cat in tow, only to find themselves in the foggy lands of Oakland California (cue fog horn).

The San Francisco Bay area was a volatile mix of professional success and personal stress, where both David and Sharon, were able to professionally grow and spread their wings. Sharon became a celebrated Infectious Disease Doctor, and David traveled around the world with the transportation division of the U.S. ARMY. He served 10 years of active duty where he served as a worldwide logistics deployment supervisor and project manager of worldwide logistics automation. He was awarded U.S. Army Military Transportation Management Command Junior Officer of the Year in 1985

He did real estate investment on the side and lent his expertise in investment banking to Integrated Resources Inc. of California and real estate investment and construction in the Western United States. David and Sharon's life became incredibly successful, but with that success comes stress; and despite his great love for the sweeping cliffs of the California Coast, after finishing his 20 year military service in 1999, looking for a change and a return to the inland rocky mountains he loved, he took the Executive Director of the Saint Alphonsus Medical Group position and relocated to Boise Idaho.

Boise was the city that Dave truly fell in love with, constantly mentioning how it felt like the Denver of his youth, here he had more personal time, and he rekindled his love for hunting, biking, off-roading and getting back into those mountains. Gotta love that dry heat! Never one to settle down for long, professionally, Boise came with many opportunities. After St. Alphonsus, he became the co-owner of Somerset CPAs Health Advisory where he was a Health Care Consultant specializing in the turnarounds of struggling hospitals and medical groups. This landed him a job in Bluefield West Virginia.  He successfully merged the hospital, learned a lot, and then totally exhausted and done with commuting back and fourth across the country David decided to switch it up yet again and started buying and selling real estate and investing and collaborating with multiple treasure valley start-ups; the most prominent being Pak Sense. Dave thoroughly enjoyed his time at Pak Sense, it was a small but mighty innovative engineering company that developed intelligent sensing products for the temperature monitoring of perishable goods and environmental monitoring solutions. He was able to travel all over the world with the company, and because of the immense success, was honored with the Presidential E. Commerce Award in Washington D.C. in 2015.  He was even taken on an Idaho State Governor's tour of China with Butch Otter as a personal thank you. Pak Sense was sold to Emerson electric, and Dave was brought on as the CEO to create a smooth merger, where he was recently honored with the Albert Nelson Marquis Lifetime achievement award. David was in the process of simplifying his life and slowing down to retire, but unfortunately time had other plans. Honestly though, a man like David probably wouldn’t have been able to slow down even if he tried.

David Oster was a prolific man who experienced so much life. He always pushed people to do their best, he was always a positive mentor to everyone he met, and a man who was deeply respected by his peers. By the end of his life he had created a lot of wealth and success for himself, and through it all he always stayed kind, humble, and fair. His ability to sit at the table with every type of person and find a conversation was a gift.  He did a lot of important work, and he still managed to be pretty cool. He survived three helicopter crashes, he learned to race cars (anyone who knows Dave, knows he LOVES his BMW's), he regularly did 100 mile bike rides, he was an ace with a rifle and double barrel and took every opportunity to teach people to shoot. He loved to hunt, he loved to visit his daughter Stephanie at all of the National Parks that she was working in, he loved to travel and experience new cultures. Through it all, he still managed to find time to have a drink, a good meal, and an occasional rock concert with his family and friends. He restored a beautiful old historic home on Harrison Blvd in Boise, and has actively advocated and volunteered for the Idaho preservation society. He loved his dogs Jade and Lulu, and the long string of rescue cats that were brought along the way, he loved to grill, and he really loved Idaho.

For Sharon and Stephanie he was their rock, always dependable and encouraging.  He helped Sharon through many ups and downs with her medical career and cared for her during her fight with breast cancer. They just celebrated their 42nd marriage anniversary with a weeklong trip to their cabin in Cascade, Idaho. For Stephanie, he was always giving travel advice, bailing her out of sticky situations, sharing photography, and talking about the good ol' bear necessities with positive gusto.  David made an impact everywhere he went and with everyone he interacted with. He managed to continually adapt, and grow and always appreciated a challenge. He is the true story of humble success that you seem to only read about in the papers. He was a good man, who put his heart and soul into everything he did, maybe he worked a little too hard, but I don’t think he would have had it any other way. He did a lot of cool stuff with a lot of positive energy. He left a major impact upon the world, and will be remembered by his legacy of success and mentorship. He was a wonderful Husband and Father and will be greatly missed and always loved by his family and friends.

An intimate memorial service will be held on Thursday July 30, 2020 11:00 am at Summers Funeral Home in Downtown Boise. Followed by a burial with military honors at the Idaho State Veterans Cemetery at 1:00 p.m. on the same day. Due to the limitations of Covid-19, these services are reserved for the family only, both services will be live-streamed through the Summers Funeral Home Facebook page.

In addition, we will be having a Celebration of Life on the following day, July 31st, Dave's 65th birthday at the Oster family home starting at 4:00 in the afternoon until 6:30 in the evening. There will be a memory book, refreshments and rock music playing. Dave was always an optimist, and a celebration of life seems like the perfect way to celebrate such a prolific man.

We are asking for donations to the wounded warrior project in lieu of flowers.

We know David has friends and coworkers from all over the world, and we would appreciate any messages of condolences or memories to be shared on David’s memorial webpage at www.summersfuneral.com

Share Your Memory of
David
Upload Your Memory View All Memories
Be the first to upload a memory!
Share A Memory
Plant a Tree