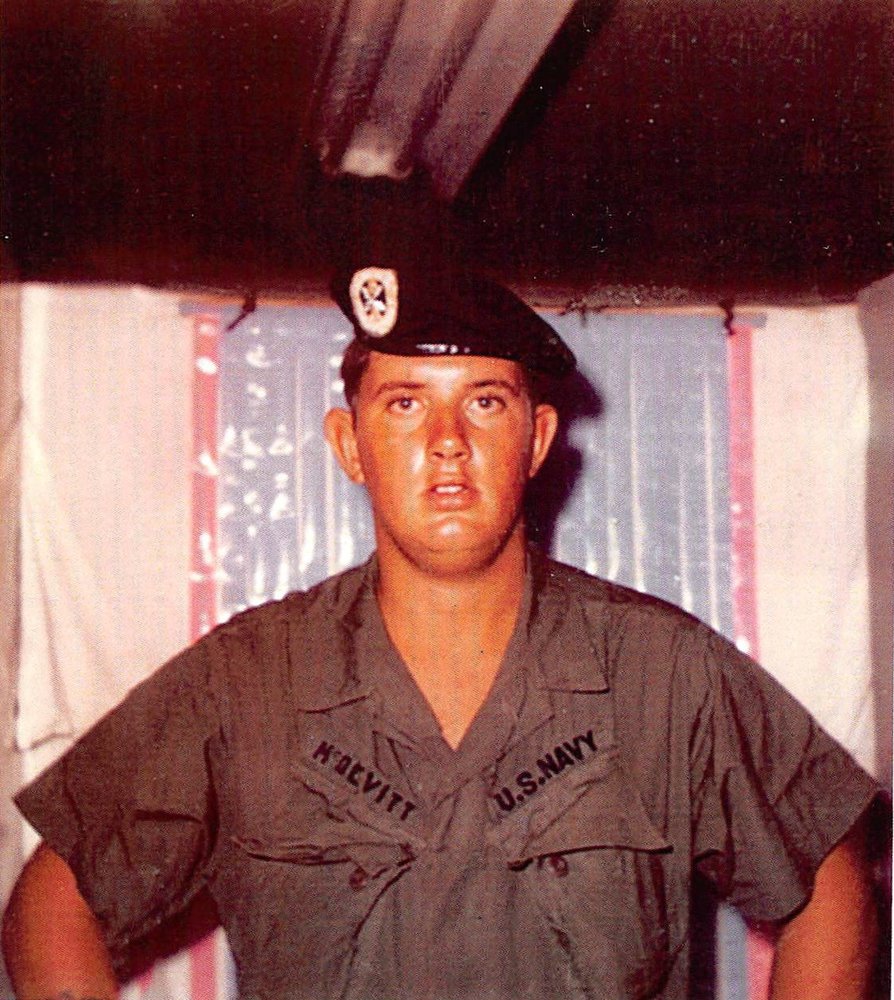 Robert Lee McDevitt was born March 30, 1948 in Torrance, CA, the son of Edward K. & Dorthy Mae (Simpson) McDevitt.  His friends knew him as either Bob, Mack, or Robert.

Mack attended schools in Southern California and attended Mt. Lowe Military Academy in Altadena, CA.  He was a student at both Alhambra High and Mark Keppel High in LA County CA.  Mack enlisted in the US Navy at 17 years of age, went to boot camp in June of 1965 and was honorably discharged in April of 1976, after 11 years of service.  During his years in the Navy, he served on the USS Claude Jones DE1033, USS Fanning FF1076, USS Bagley FF1069, and Naval Administration Command NTC San Diego, CA.  Mack also served in Vietnam with River Divisions 595 & 153, and Security Detachment Naval Head Quarter Saigon Vietnam.  Mack was wounded twice in Vietnam.

Mack moved to Boise, ID in 1975.  It was in Boise that he met and married Joanne E. Titus.

Mack was preceded in death by his parents, Edward & Dorthy McDevitt, and Janice Lee McDevitt;

Mack died at the Idaho State Veterans Home in Boise, ID on July 8, 2020. He will be missed.

Memorial graveside services will be held at 11:00 AM on Friday, July 17, 2020 at the Idaho State Veterans Cemetery in Boise, ID.

To send flowers to the family or plant a tree in memory of Robert McDevitt, please visit Tribute Store
Friday
17
July