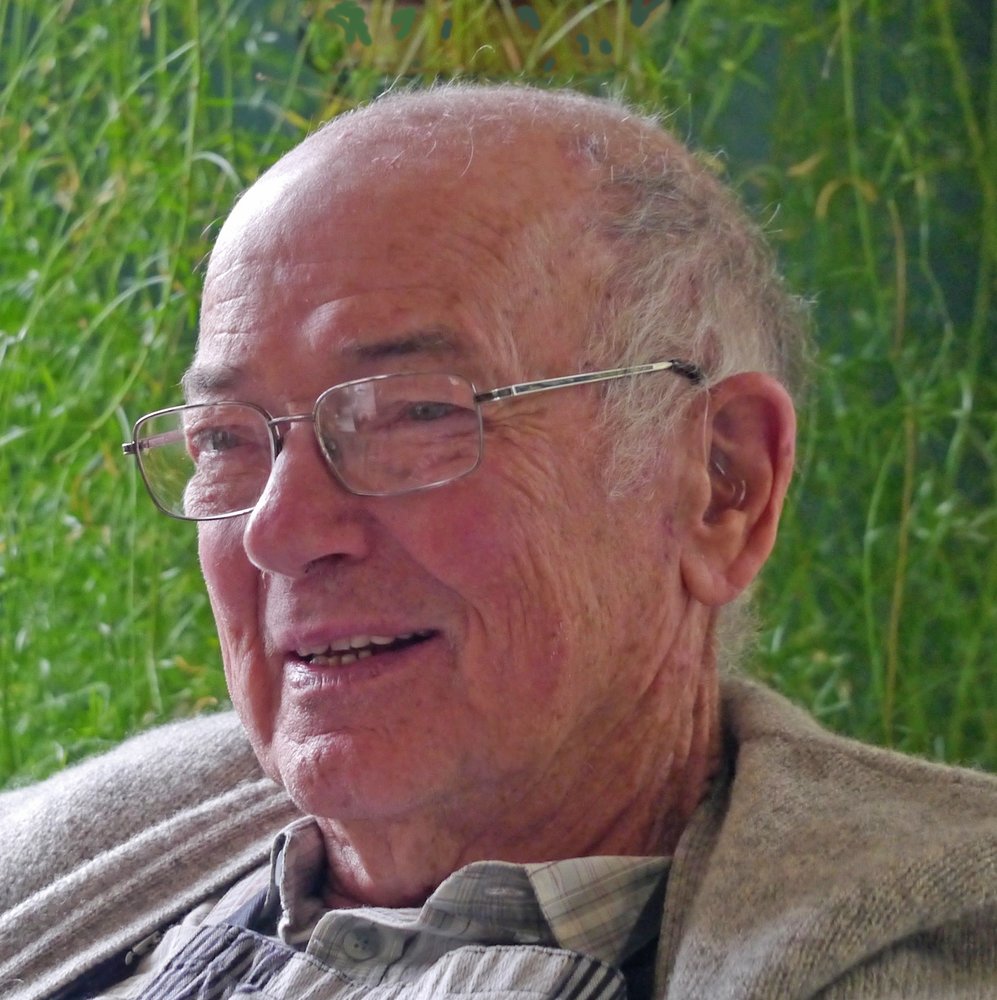 Harvey Arlington Patrick Myers III was born in 1928 in Seattle, Washington, the son of Lon and Hazel Myers, and younger brother of Blake.  The first three names were always abbreviated to H. A. P., and everyone who knew him called him Hap. He went to Queen Anne High School in Seattle, where he met his future wife Patricia Jean Lyons (Pat). He attended the University of Washington on a ROTC scholarship, and served in the US Marine Corps from 1950, a period of his life that was always important to him. In 1952 his ship was in Morocco when he received permission to leave to attend the University of Washington medical school, arriving one week after his classmates had started. (He was delighted to see his granddaughter Theresa graduate there 62 years after him).  After receiving his MD in 1956, he did his internship at the Strong Memorial Hospital at the University of Rochester, and a residency in pediatrics at the Children’s Hospital in Seattle.

Hap and Pat were married in 1950, after university, and had children Nancy (during Marine Corps) and Greg (during med school) and Scott (during residency). The family moved to Boise in 1959, where Mark was born. After a period in private practice, Hap joined Loy Swinehart and William Venning in a pediatrics partnership. Over the years, he became concerned that many of the problems he saw in children involved mental health issues, not just physical diseases. At the age of 40, he decided to pursue a second residency, in psychiatry and then child psychiatry, at the Massachusetts General Hospital/Harvard Medical School in Boston.

After living in Massachusetts for four years, the family returned to Boise in 1973. Hap set up private practice as a child psychiatrist, and also began more than twenty years of service as a consultant psychiatrist in the Boise Schools. He particularly enjoyed working with pupils, teachers, counselors, and principals, because it gave him a chance to address children’s problems at an early stage when interventions were more likely to help them.  He spoke at national conferences on the role of the psychiatrist in the schools, and on specific learning disabilities.  He retired from school consultation in 1994, and in 1998 was honoured by the Idaho School Psychologist Association and by the American Academy of Child and Adolescent Psychiatry. He was on the AACAP Work Group on Schools, which developed guidelines for good practice in dealing with mental health issues in educational settings.

After Hap left private practice, he served as a psychiatrist in clinics, mental institutions and prisons in several states. In 2005, he volunteered to help kids in Baton Rouge displaced after Hurricane Katrina. Finally, he had an intense but highly satisfying period as a staff psychiatrist at the William Beaumont Army Medical Centre in El Paso, Texas, from 2009 to 2011, working with children and partners of soldiers overseas or returning soldiers.

Hap faced a number of obstacles in his life, including dyslexia (which was only diagnosed correctly when he was in medical school), hearing loss that began in the Marines, depression that was first treated in the 1970s and 1980s, and alcoholism, with which he struggled for many years.

Hap’s greatest sources of happiness were his marriage to Pat and activities with his children and grandchildren. He enjoyed fly fishing on rivers in Idaho, Oregon, and Alaska, with his brother and friends, and backpacking and camping with family, friends, and church groups in the Sawtooths and around the Northwest.  He took special pleasure in activities with a kind of gliding movement, such as bicycling, skiing, swimming, and when he was living in Massachusetts, sailing. When he started riding around Boise in the 1960s, patients and colleagues were astonished to see him arrive at the Emergency Room on a bicycle, but it could actually be quicker than driving. In his later years he could be seen riding up and down the Green Belt on Tom, his tricycle.

He loved music from an early age, and prepared intensely for concerts by the Boise Philharmonic and Boise Baroque. He was a lifelong student; in retirement he took Boise State classes in mathematics and in Russian, and he regularly attended the offerings at the Osher Institute. In his later years he became particularly interested in gardening, and took a scientific interest in the production of the perfect compost, taking a university course in soil science, and becoming an Idaho Master Gardener with the University of Idaho Extension. He was active in the Episcopal Church from his childhood on, and spent time reading, thinking, and meditating on spiritual issues. Both he and Pat were active in the parish of St. Michael’s Episcopal Cathedral from the time they first moved to Boise. In the 1960s, he worked with the national church on Christian Education, and in 1967 he and Pat attended a World Congress on Christian Education in Nairobi. He was also active in Rotary. And was a proud member of the medical journal club for many years, keeping up with recent developments in other areas of medicine.

He died two weeks after the party for his and Pat’s 70th wedding anniversary. He is survived by his wife Pat, children Nancy, Greg, Scott, and Mark, twelve grandchildren, and many great-grandchildren. They appreciate the thoughtful care Hap received during his last illnesses from the Skilled Nursing staff at The Maples Village and all of the staff at The Terraces of Boise.

Due to the current COVID-19 pandemic, no services are being scheduled at this time.

To send flowers to the family or plant a tree in memory of Harvey Myers III, MD, please visit Tribute Store

Share Your Memory of
Harvey
Upload Your Memory View All Memories
Be the first to upload a memory!
Share A Memory
Send Flowers