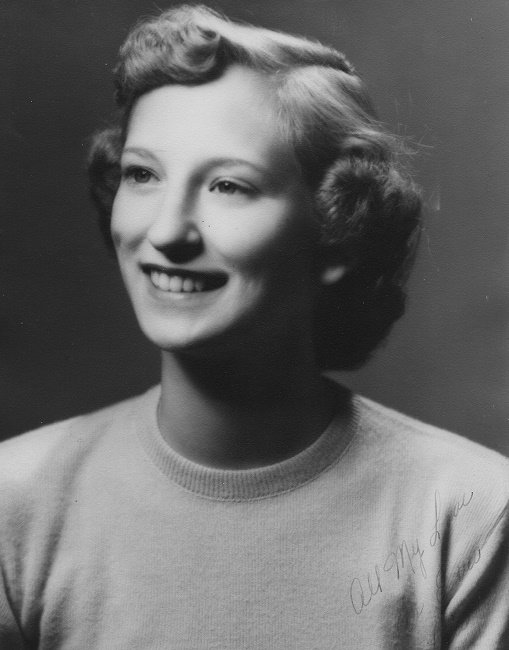 Lois was born to Floyd and Emma Bedard in Nampa, Idaho on May 31st, 1939, just before World War II. She was the youngest of four children. She had two sisters, Mary and Patty, and a brother, Bud. Her mother, father and siblings have all passed on.

Lois was fortunate to live close to her family and cousins and attend school in Meridian. As a young lady she helped her family by working as a Book Binder where she earned the title of Master Binder. At this time she also met an amazing man, John K McGrath, also known as Jack. She married her sweetheart in 1958 and they were married for 61 wonderful years. During those years she continued to work and be a home keeper. She worked for Mountain States Wholesale which later became Albertsons. She was an employee at Albertson's Sundry Center where she attained the title of Inventory Controller. She traveled the last few years while with the company to many Distribution Centers. She was able to retire from Albertsons after 31 years.

She has many accomplishments, one which includes raising three fine young men. Gary, who is the oldest, has four sons and a daughter.  Michael (spouse Shelby) has four daughters and a son. And Charles (spouse Heather) has three daughters, a son and a stepdaughter he helped raise. She loved holding and talking with her Grandchildren and Great-Grandchildren.

Before retiring, she graduated from High School, a goal she set and kept. She took accounting classes and learned how to use a PC. Lois spent many years writing letters, researching, updating her genealogy and working on her family tree.

After retirement, her and her sweetheart built their dream home in Boise and also a beautiful cabin in Pine, Idaho. Along with their sons, they worked hard to complete their cabin. She spent countless hours planting flowers, painting and decorating the inside. She loved to sit on a lawn chair and watch the hummingbirds. John kept busy making sure the feeders were full at all times so they always had dozens of birds to watch. She was no stranger to hard work, often accompanying the men to cut fire wood and helping stack it for the winter.

In her retirement years she became the local Pistol League Director along with John. She shot on a League and volunteered at the Club for 20 plus years. John still resides on the Pistol League Board and is still the Range Master.

Later in life, health issues slowed her down where she was no longer able to do everything she loved but she still would travel to the Club to keep John company. Her health continued to decline between COPD and lung cancer.

Lois is loved by many and will be missed by her family.  She now rejoins those who have preceded her in death and waits with her loving arms open.

To send flowers to the family or plant a tree in memory of Lois McGrath, please visit Tribute Store
Friday
5
June

Share Your Memory of
Lois
Upload Your Memory View All Memories
Be the first to upload a memory!
Share A Memory
Send Flowers