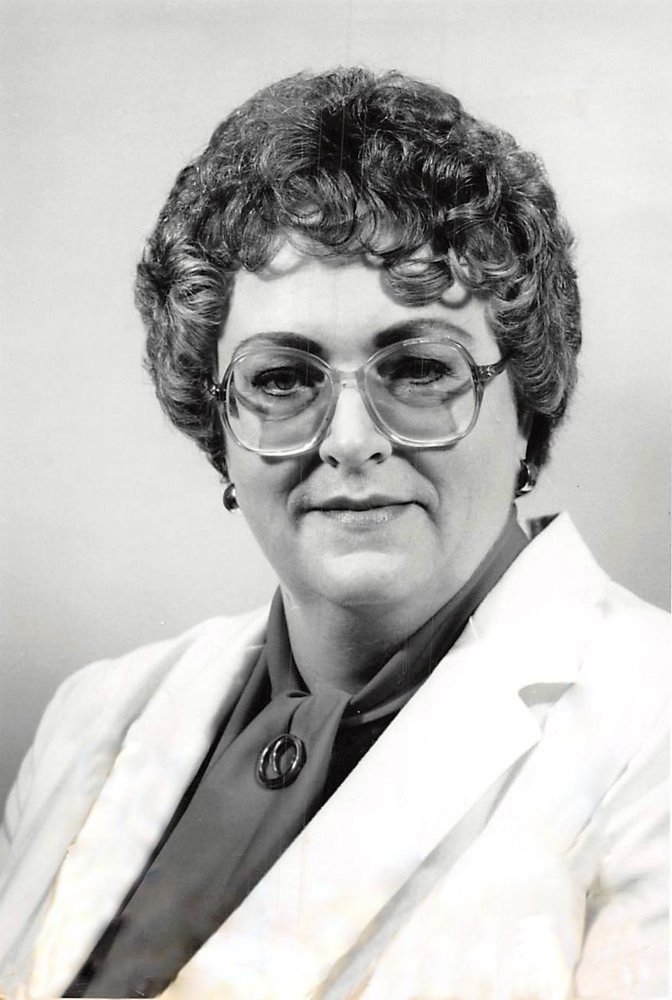 Mary Helen was born February 20th in Shreveport, Louisiana to Kenneth L. and Helen B. Larson where her father was stationed with the Army Air Corps at Barksdale Field.  Mary loved growing up in a military family and living in Louisiana, New York, Connecticut, California, Oregon, Washington, Florida, Alabama, France and Idaho.  This nomadic life satisfied her sense of adventure, provided her with amazing experiences and many wonderful friends.  The longest the family lived in one spot was 5 years in Montgomery, Alabama when her father was stationed at Maxwell Air Force Base.  But the highlight of growing up military for Mary was the almost 2½ years she lived in Fontainebleau, France while attending school in Paris.  She always said there was nothing quite like being a happy-go-lucky teenager living in Europe.  Living on military bases gave her a strong sense of family and instilled in her the importance of duty and fair play.  It also taught her to be loyal, honest and reliable - traits she applied to her personal and professional life.   Mary valued friendship and was always there if you needed her and was a true and loyal friend.

Mary loved music from Rock and Roll to Western to Classical and at age 8 started taking piano lessons.  At first, it was to fulfill her father’s own desire to play the piano but then she fell in love with the instrument and aspired to be a concert pianist, unfortunately an aspiration unmet.   She was also a voracious reader and loved to draw and write short stories and poetry.

Excelling in sports of all kinds, even playing a little back lot football with her older brother and his friends, Mary’s favorite game was basketball.  The most memorable part of her basketball career was participating in an exhibition game between the high school girls living in Fontainebleau, France and the WACS stationed there.  Obviously, the men in uniform who attended the game enjoyed it most of all – it was nice to be appreciated!

Mary grew up in a religious family and enjoyed attending church and Sunday school.    Part of her enjoyment was teaching Sunday school, Vacation Bible School and playing the piano and/or pump organ where she sometimes added her own jazzy style to give some of her favorite hymns a little more “flavor.”  She was confirmed in the Lutheran Church at age 15 after moving to Boise, Idaho.  As she got older, Mary found more spirituality and solace in the wonders of creation rather than the confines of church walls, but never lost her faith.

Probably the most traumatic event in her life came shortly after her 15th birthday when her father abruptly applied for early retirement and brought his family home from Europe and settled in Boise, Idaho.  Suddenly her life was turned upside down and she was totally lost.  Her military family, where she felt safe and secure was gone!  Because Mary was able to skip the 8th grade, she was barely 17 when she graduated from Boise High School in 1956.  She decided to get a job and earn enough money to move to the east coast where most of her military friends were now living in order to attend college with them.  After repeatedly being told she was too young for the jobs she applied for, she was finally hired by Intermountain Glass Company in Boise where she worked for 3 years.

In 1957, she met Dwight L. Johnson who became more important than college and they were married on June 15, 1958.  They enjoyed almost 55 years together, living 13 years in Boise and then moving to Meridian, where they raised their family along with an assortment of dogs, cats, horses and goats and where they continued to reside for the rest of their lives.  Their daughter, Donna Marie, was born in May 1959, followed by the birth of their son, Michael Allen, in June of 1960.  Times were hard so Mary went back to work in 1961 and spent 9 years working for Western States Equipment, followed by almost 18 years with Morrison-Knudsen Company, Inc. and then 12 years with the American Red Cross where she retired in 2005.   Mary was forever grateful to those bosses who afforded her the opportunity as well as the encouragement to succeed.  She always considered that her greatest career success was the 7 years she worked as a College Recruiter while employed with Morrison-Knudsen.  Not bad for a kid with only a high school diploma.

In the end, Mary felt she had been truly blessed with a rewarding career, a loving family, wonderful friends and amazing animals to share her life.  From the day she was born, Mary loved animals, especially horses, dogs and elephants.  While she was blessed with many, many wonderful pets, her greatest joy has been Sadie, the dog she rescued from the animal shelter in 2003.  Sadie’s ashes will accompany Mary on this her final journey.

Mary was preceded in death by her husband, Dwight, her parents, numerous aunts, uncles and several cousins.  She is survived by her daughter Donna; her son Michael and his partner Rob Crosby; two granddaughters Brianna and Micaela; her brother Donald K. (Lynn) Larson and her sister Catherine L. (Gerald) Paz of Santa Clara, California, a niece, two nephews and numerous cousins.

A memorial service for celebrating Mary’s life will be planned for a future date at Summers Funeral Home, Ustick Chapel, 3629 E. Ustick Road, Meridian, Idaho. Mary will be interred privately at Dry Creek Cemetery with only family members attending on Friday, May 1st.

If you prefer, in lieu of flowers, please make a donation to your favorite charity or to the Idaho Humane Society in Mary’s name.

To send flowers to the family or plant a tree in memory of Mary Johnson, please visit Tribute Store