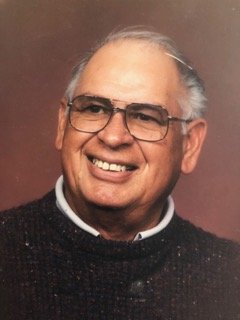 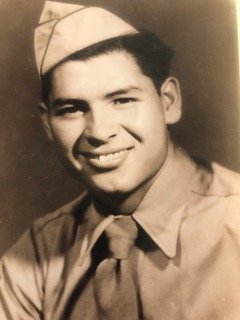 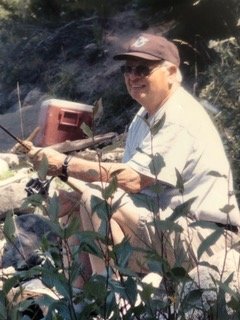 Raymond R. Martinez, age 92, died of natural causes on April 17, 2020, at Planation Place Assisted Living, Boise, Idaho.  He will be buried with our Mom, Mary L. Martinez, at Morris Hill Cemetery.  Due to the circumstances of the time, it will be a small family only service.

Ray was born on January 19, 1928 in Walsenburg, Colorado to parents Estevan Martinez and Refugio Trujillo.  His father, a miner, had moved his family from New Mexico seeking work in the coal and silver mines.  They didn't live there long and his childhood years were spent in Madrid, NM and eventually Albuquerque.  He was proud of his New Mexico roots and told stories of growing up without much.  Yes, he walked to school in the snow, uphill both ways.  Those are the stories he told with a laugh.

Ray enlisted in the Army in the spring of 1946, at Fort MacArthur, CA.  He received the World War II Victory Medal and Army of Occupation Medal.  He was Honorably discharged in 1947, at Camp Beale, CA.  After his service in the Army, he settled in Los Angeles, CA.  He worked various jobs, one which included being employed as a Wildland Firefighter in the canyons of Southern California.

Ray married Mary Lopez on April 25, 1954, in Yuma, Arizona, and to that marriage 6 children were born.

Dad went on to work for the U.S. Postal Service in 1955, until his retirement in 1985.  He was a Life Member of the National Association of Letter Carriers (NALC).  He made many lifelong friends at Lugo Station in Los Angeles and at Borah and Whitney Stations in Boise.

Dad loved fishing, and camping especially at Redfish Lake with Mom and the Grandkids.  He enjoyed bowling and had many good bowling buddies.  Scoring 300 points was not unusual for Dad in his younger years.  Golf was another favorite and he was very proud of his four (4) hole in ones.  And of course, senior dance nights where he could cut loose.  Dad enjoyed 31 years of retirement before he started to slow down.

He is preceded in death by his parents; wife, Mary Martinez; brother, Enrique Martinez; and three half siblings, Libertitia Ayala, Rene Fidel, and Flaviano Gutierrez.

Our family is very grateful for the care, love, and time given to our Dad at Plantation Assisted Living.  Maryanne, Amy, Jenny, Sam, Kendel, and the many other assistants that brightened his daily living. We are especially thankful to you for allowing us to be with our Dad in his last days.

We love you Dad.  Our hearts are broken to have you leave us, but we are at peace knowing you are reunited with Mom.  She has waited a long time for you.

To send flowers to the family or plant a tree in memory of Raymond Martinez, please visit Tribute Store

Share Your Memory of
Raymond
Upload Your Memory View All Memories
Be the first to upload a memory!
Share A Memory
Send Flowers