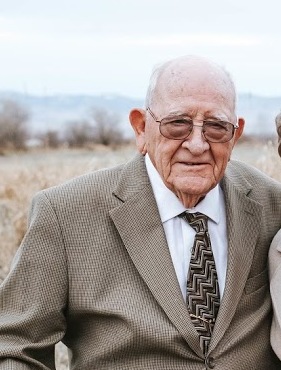 Alfred Floyd Clifford, 89 of Meridian returned to his Heavenly Father on January 3, 2020. Floyd was born on August 13 1930 in St. David, Arizona to Alfred and Rose (Busby) Clifford.

After graduating from St. David High School in 1949, Floyd was called to serve a church mission in Japan for the Church of Jesus Christ of Latter-Day Saints. Shortly after returning home he was drafted into the United States Army, serving mainly in Germany with his tank battalion. After being honorably discharged from the Army Floyd met the love of his life Carol Nelson. They were married a year and a half later in the Mesa Arizona temple and went on to raise four kids together.

Floyd graduated from the University of Arizona and started his teaching and coaching career at Santa Maria High School in Santa Maria California. He spent the next 33 years positively impacting the lives of his students by bringing to life our American history and values. His influence was not only in his classroom, but on the football field as well.

Floyd and Carol retired to St. David, Arizona getting reacquainted with their roots. They both enjoyed being around their brothers, sisters and extended family. It was here that Floyd developed his love/hate relationship with golf, often taking his grandkids along for a ride in the golf cart.

After years of living in the Arizona desert they relocated to Meridian, Idaho where he quickly became a huge Boise State Football fan. He continued to be active in his church and community and continued his passion for golf making many new friends along the way.

Floyd was loved deeply by his children and grandchildren. He was a great example of ‘doing the right thing even when no one is looking.’

A special thanks to the loving caregivers at The Cottages Assisted living, Idaho Home Health and Hospice and Aspen Home Care and Hospice.

A viewing will be held on Saturday January 11, 2020 at the Church of Jesus Christ of Latter-Day Saints Stake Center, 1985 N Black Cat Rd Meridian, Idaho at 9:00 AM followed by funeral services at 10:00 AM.

Arrangements are under the direction of Summer Funeral Home, Meridian.