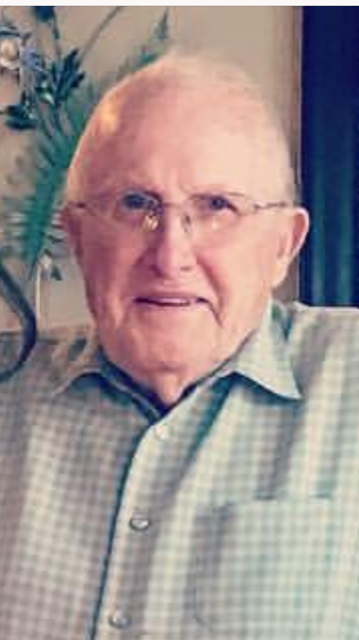 On Monday, January 6, 2020, Stan Stantliff, loving husband and father of four children, passed away at age 90 at his home in Meridian, ID surrounded by family.

Stan was born on September 22, 1929 in Mountain Home, ID to Eldridge and Edith (Hoopes) Stantliff.  He finished his high school years at Moreland High School.  Stan joined the Navy in July of 1948 and served one year on active duty and six years in the reserves.

Stan met Alice Marie McCulloch in 1949.  Sharing the same birthday (September 22) they decided to get married on that date in 1950.  They were married for 69 years.

In 1951, Stan joined the Blackfoot Police Department where he served until 1961.  He then went to work for Argonne National Laboratories as a security guard.  After a couple of years Stan wanted a new challenge and became an engineer technician for Argonne until his retirement in 1992.

In 1962, Stan and Alice moved from Blackfoot to Riverside where they raised three sons and a daughter.  They lived in Riverside until 1995 when they moved to the Boise area to be closer to their family.  Throughout the years, they attended every event their children, grandchildren and great grandchildren participated.

Stan enjoyed camping, fishing and was well known for his woodworking skills everywhere in eastern Idaho.

Stan was preceded in death by his son, David, his father and mother, two sisters and two brothers.  He is survived by his wife Alice, his three children, Jeff, Scott and Susan (Steve) Hook, seven grandchildren and seven great-grandchildren.  A funeral service will be held on Thursday, January 9th, 2020 at Summers Funeral Homes Ustick Chapel, 3629 E Ustick, Meridian, ID at 2 PM with a viewing one hour prior to service.  Burial will be at the Meridian Cemetery following the service.

To send flowers to the family or plant a tree in memory of Stanley Stantliff, please visit Tribute Store
Thursday
9
January

Share Your Memory of
Stanley
Upload Your Memory View All Memories
Be the first to upload a memory!
Share A Memory
Send Flowers