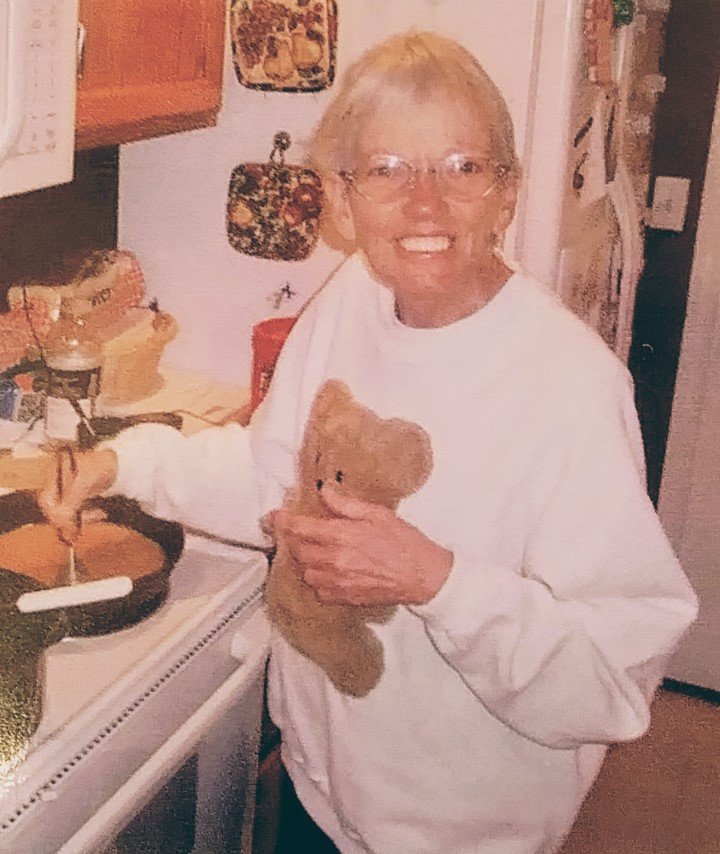 In June of 1939 June was born to Matthias and Gladys (Stiff) Ourada.  The youngest of 12 amazing children, she was raised on the family homestead surrounded by love.

June attended Stack Rock School (a one-room schoolhouse) and had many stories about the walk to and from school with her sisters.

June had a variety of jobs after high school including working as an apprentice at Sims-York, traveling to sell magazines, singing in nightclubs and coffee-houses, babysitting, and in later years after she had a family, a homemaker, store manager at a local 7/11 and finally (from 1984-2004) as a teacher’s aide at Adams Elementary school in Boise.  She found her true joy in working with kids and families and, of course, all the teachers.

While travelling to sell magazines, June met James Trent.  They dated for 3 months and married in 1962.  As a young married couple, they traveled the states from Idaho to South Carolina.

June was an avid gardener, planting and sustaining a pantry wherever the family lived.  She loved to sing and spent many evenings in sing-a-longs with her children, and books! June loved to read, and often said as soon as she retired, she was going to sit and read with no interruptions and finally finish a book.  Indeed, the first year of retirement she read and gardened, and loved on her family.

June’s greatest loves were her grandchildren, and the children who called her “Hamma”

June’s legacy was her love of family, and her commitment to her community.

June is survived by her brothers, Earl and Austin, her children, Sharon Trent (Boise), Jonah M Trent (Boise), Vera  (and Monte) Thomas (Boise), Boyd Trent (Boise), and Sarah K (and Dustin) Garcia (Boise), 3 grandchildren, Eric, Kail and Daisy (Boise) and numerous other that she loved as if they were her own.  June was a force of life and love.

In lieu of flowers, please make a donation to your local school, volunteer with families in your community, or show a kindness.

For those that wish to write a note or letter to June or a remembrance, note-cards, paper and envelopes will be available.  They will be placed into Junes favorite purse so that she may take them with her.

A celebration of life for June will be held in the Spring, the date is yet to be announced.

To send flowers to the family or plant a tree in memory of June Trent, please visit Tribute Store
Thursday
26
December

Share Your Memory of
June
Upload Your Memory View All Memories
Be the first to upload a memory!
Share A Memory
Send Flowers