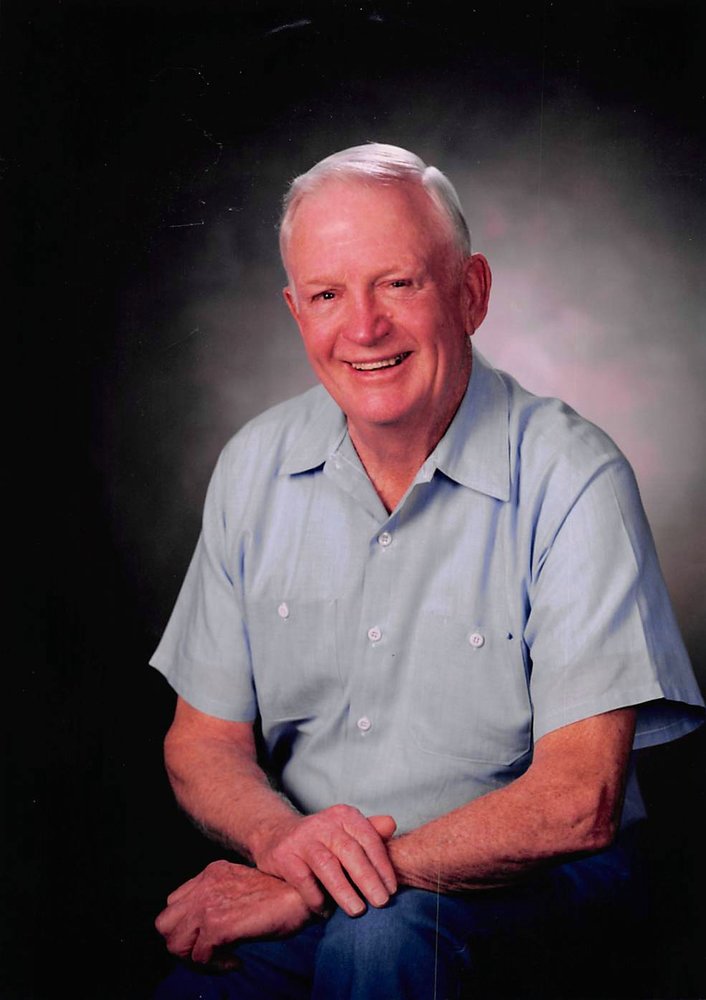 It is with significant sadness, but also a sense of fulfilment, that we announce the death of Gerald Francis Thummel, long-time resident of Boise Idaho and a man of many passions.  Jerry was born in 1925 on the family farm in Tipton, Kansas to Elizabeth Hake and Vincent Thummel.  As one of 11 siblings, he was born of that greatest of generations, forged in the crucible of the great depression and tempered in the wars that followed.  In answering the call to service that so many of his generation did, he embarked on a distinguished career in the Navy beginning with his studies at UC Berkley where he would meet and marry his bride Marilouise Gentry in 1946. His career would see him deployed in WWII, the Korean and Viet Nam wars, and the overarching Cold War. He flew reconnaissance and anti-submarine missions from bases near and afar, from Norfolk, VA to Adak, AK and overseas deployments from Yokosuka, Japan to Keflavik, Iceland. Following his retirement in 1973, Jerry and Marilou settled in Boise. He would gain renown in the local community on Hill Road for his vine ripe vegetables, berries and fruits. Never picked before ready and known for its quality, he would often sell his produce directly to the public by his barn or to the Boise Co-op, under his own brand name.

Jerry embraced life with a fervor and joy that would be hard to beat.  He never did anything half-heartedly and welcomed new challenges and experiences. Whether it was creating his own brand of flavorful maple sugar from local trees or a home-made salmon lox that was to die for, Jerry loved to discover and then share with others the bounty of nature.  This included inviting local students to the farm to participate in the gathering of tree sap and its concentration into a syrup which they then shared with family, teachers and classmates.

Jerry was an avid outdoorsman. He enjoyed immensely his hunting and fishing trips to Alaska, a place dear to his heart. He sojourned the Sierra Nevada mountains as well as the Carolina Outer Banks and Chesapeake Bay. Of course, he found much to do in the valleys and hills of Idaho, most recently Magic Reservoir. The memories of those who accompanied him on these journeys will always be cherished.

Jerry and Marilou were blessed with eight children – Karen (Barry) Still of Kodiak, AK & Coeur d Alene, ID, Linda Livingston of Boise ID, Maureen (Phil) Wixsten of Minneapolis MN, Richard (Sandy) Thummel of Kodiak AK, Elizabeth (Brett) Compton of Boise ID, Kenneth (Peggy) Thummel of Seattle WA, Steven (Elizabeth) Thummel of Boise ID and Laura  (Doug) Ward of Boise ID – all of whom have survived him.  He is also survived by a sister, Connie Tande (Austin TX), a brother Fred and his wife Lucy (Midland, TX), sister-in-laws Marion Gentry (Atlanta, GA) and Mary Ellen Thummel Truex (Midland TX), and numerous nieces and nephews. To his children, Jerry was an icon and inspiration, a parent to be respected, admired, loved and emulated.  Their memories are endless – stories that will be passed down to his 20 grandchildren and 13 great-grandchildren, and generations unborn.  Many involved fishing and hunting trips to Alaska, as well as the valleys and mountains of Idaho, especially most recently, Magic Reservoir.  Visitation and the Rosary will be held Friday, December 13th from 5-7 PM at Summers Funeral Home, 3629 E Ustick Rd.  Memorial services will be held at St Mary’s Catholic Church, 2612 W State St on Saturday, December 14th at 10:30 AM, with burial following at Morris Hill Cemetery. Jerry was preceded in death by his wife Marilou, eight siblings, numerous in-laws, nieces and nephews, and two grandsons, Richard Ridenour and Jason Bermensolo. In lieu of flowers, donations may be made to any of the following: the Tipton Memorial Trust Fund, c/o Laura Barker, Treasurer P.O. Box 74 Tipton, KS  67485, the Jason Alan Bermensolo Scholarship Endowment with the University of Idaho Foundation, or your favorite charity.

To send flowers to the family or plant a tree in memory of Gerald Thummel, please visit Tribute Store
Friday
13
December

Share Your Memory of
Gerald
Upload Your Memory View All Memories
Be the first to upload a memory!
Share A Memory
Send Flowers