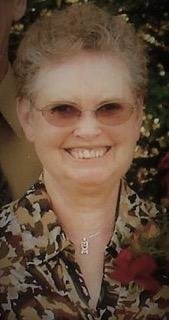 Jacqueline Harriet Katherine Dahlbeck Pease passed peacefully into the arms of her loving savior, Jesus Christ, at home on November 23, 2019 at 80 years old. She was born on September 28, 1939 in Seattle, Washington (Ballard) to Charles and Etta Dahlbeck. Her younger siblings were Charlene and John.

Growing up, Jackie and her sister worked backstage with their mother at the Seattle Opera and the Aqua Follies. Jackie also held jobs at two different movie theaters and later at the Seattle Public Library where she was introduced to her husband, D. Gene Pease.

While they were dating, Gene worked as an elevator operator, so Jackie would always joke that their relationship was full of ups and downs. Jackie married her groom on June 6, 1959 in Seattle, Washington. Together, they started a family that currently spans five generations. Throughout their 60 years together, Gene and Jackie lived in Seattle, Washington; Kirkland, Washington; Boise, Idaho; and Meridian, Idaho with brief stints in Yuma, Arizona during the winter. They collected many friends who loved both of them dearly anywhere they went.

Throughout Jackie's life, she was actively involved in the Nazarene Church, and at the time of her passing was a member of the Owyhee Community Church.

The family would like to extend their gratitude to the staff of the All Care Hospice team and Springcreek Ustick assisted living facility for the loving care Jackie received.

Jackie will be dearly missed by her family and many friends both near and far.

To send flowers to the family or plant a tree in memory of Jackie Pease, please visit Tribute Store
Saturday
7
December

Share Your Memory of
Jackie
Upload Your Memory View All Memories
Be the first to upload a memory!
Share A Memory
Send Flowers