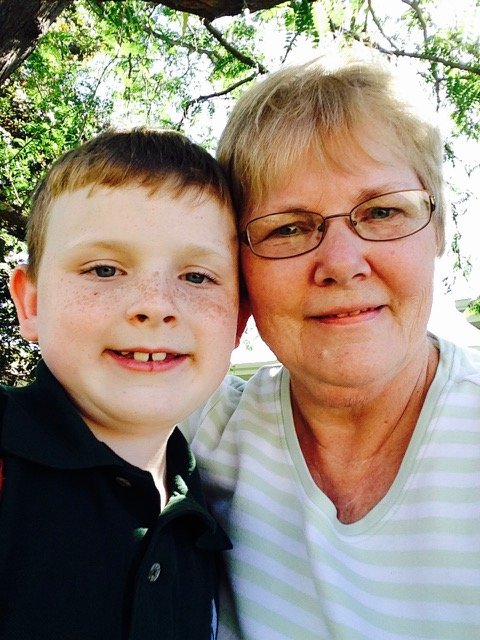 Susan, the adopted daughter of John Seanor Abbott and Mary Kerr Abbott, was born in St. Louis, Missouri, on July 31, 1943. She lived in several States as a child, those being Tennessee, Mississippi, and, finally, Missouri. She graduated from Parkview High School, located in Springfield, which is also where she attended Drury College (now Drury University) for her Bachelor’s Degree in Education. After receiving her degree, she moved to Kansas City, Missouri, to attend school where she would become an x-ray technologist.

While in Kansas City, Susan met the absolute love of her life, John Gratton. They were married in 1966 on August 20. This date (not coincidentally) was the same as his birthday, which (according to him) was so he would never forget their anniversary! (He was, by the way, a professional humorist, so this was no surprise!) Two years later, they had their first daughter, Jennifer Leigh; a little less than two years later, they had their second daughter, Molly DiAnn.

Susan began her career as an X-ray technologist for a doctor in private practice on The Plaza in Kansas City, Missouri. In the mid-1970s, in addition to working for the doctor, she took her skills to the south part of Kansas City as well, and worked nights/weekends in the Emergency Room of St. Joseph Medical Center. In the late 1970s, to better accommodate evening and weekend activities with her family (including her daughters’ school and music events), she left the ER as well as her job on The Plaza, and began working for the orthopedic practice of Kozikowski & Whitehead, that would later become Shawnee Mission Orthopaedics, and, ultimately, Midwest Orthopaedics that served the entire Kansas City metropolitan area. She later shifted her career from x-ray to begin working in medical insurance and billing.

With daughter Molly, Susan left Kansas City in late 2006 and moved to Boise, Idaho, to be a grandmother to her only grandson, Tucker (Molly’s son). Very shortly after arriving in Boise, Susan joined St. Alphonsus Rehabilitation Services, where, for the next 13 years, she worked as a Lead Billing Manager.

Family and friends were extremely important to Susan. She was loved by so very many people, and she valued many close friendships, some of which went as far back as college. She was always available to lend support to her family with her sweet smile and thoughtful words, or lighten a person’s spirits with her wonderful laugh.

Susan cherished her time with her two daughters and grandson. She loved to travel to Disneyland with her grandson, and to watch him learn, grow and enjoy life. (She was especially fond of the moment when he passed her in height!)

Susan will always be remembered as one strong fighter, honest, faultless, loving, devoted to her family, supportive, and “stubborn!”

Susan's family would like to respectfully request that, in lieu of flowers, donations be made, in her memory, to the Sacred Heart Catholic School Reading Program. Susan was extremely grateful for the time and dedication Sacred Heart staff gave to her grandson in his early education years.

There will be a Celebration of Life for Susan in Kansas City, Missouri, on Saturday, January 4, 2020. (More information to follow...)

To send flowers to the family or plant a tree in memory of Susan Gratton, please visit Tribute Store

Share Your Memory of
Susan
Upload Your Memory View All Memories
Be the first to upload a memory!
Share A Memory
Send Flowers