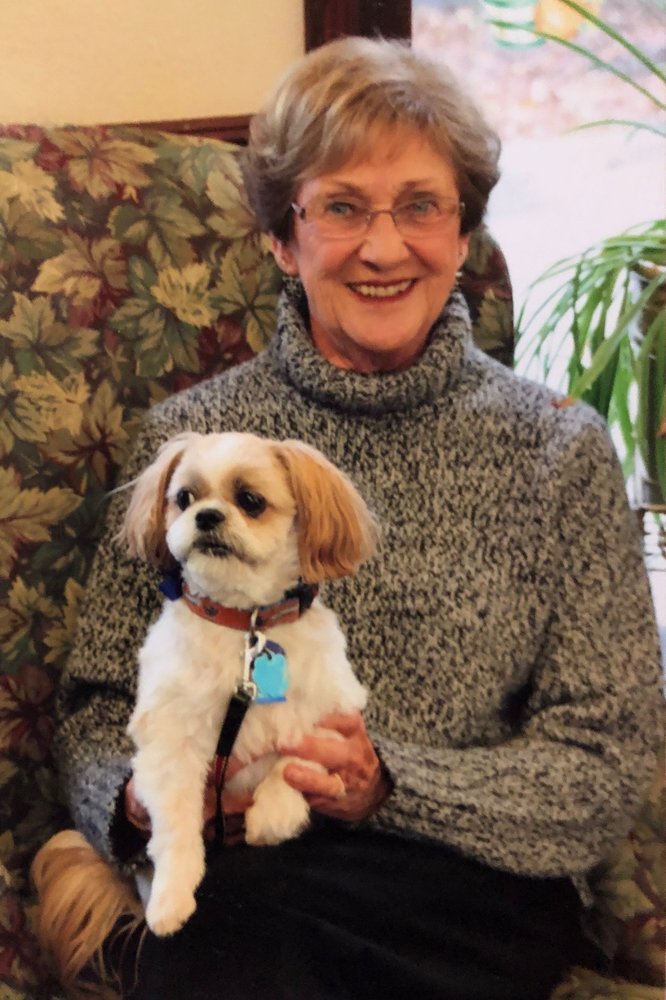 On Tuesday, October 29 , Rosalina Williams (Rosie) died of complications from cancer at the age of 87. She passed at home surrounded by family.

Rosie was born in Barber, Idaho on August 26 , 1932 to Luciana Garatea Aboitiz and Esteban Garatea. Known also as Lina, she was the fourth child, and only daughter of Luciana and Esteban. Her older brothers were Frank, Hank, and Joe. The family moved to Emmett, Idaho where she spent her childhood. In high school she moved to Burns, Oregon with her mother. In Burns, Rosie helped her mother run the Plaza Basque boarding-house. She went to dances and socials, from the Diamond Ranch to the Drewsey Grange Hall to the Armory in Burns, but only when all of her chores at the boarding house were done – kitchen spotless, napkins pressed, and the table set for the next day’s meal.  That’s a tradition she carried with her until the end.

Rosie graduated high school and soon after married Jett Blackburn. Together they had three children (Rex, Kim, and Jan). In 1962, she and her dear friend Marilyn (Daniels) moved to Boise, Idaho with their children. Later in Boise, Rosie married Calvin Williams. Together, they had one daughter (Lynette). Over the course of thirty-five years Rosie had a successful career as an office manager for Mountain States Wholesale (Albertsons) and later Mine, Safety, and Health Administration, from which she retired.

Rosie was fiercely proud of her Basque heritage and family. She loved Basque dinners with family and friends at the Basque Center, especially a good garbanzo soup followed by rice pudding.  She was a generous supporter of cultural events and the Basque community. Dance for Rosie was a true joy, whether it was the jota with sister-in-law Margaret, her nieces, daughters, and grandson, Alex, or an elegant foxtrot with her husband Calvin and their dance club friends. Rosie had a wonderful sense of style and could always be counted on to bring class to any gathering.  A devoted Broncos football fan, Rosie never missed a home game in 30 years. She loved her friends, spending time playing pinochle, bowling, fishing, and golfing.  She especially enjoyed fishing and boating at Cascade Lake. There she and Calvin built a cabin for the whole family to gather for occasions, including a memorable 50th birthday where they roasted an entire pig.  Rosie was not shy about having a good time and making sure all in her company did too.

Faith and friendship were central to Rosie’s life. She attended services at St. Mary’s Catholic Church. Whether at church or in her neighborhood, Rosie always had time to chat and loved to find out how everyone was doing, making those in her company feel like they were important. Rosie also loved her dogs, spoiling them with toys and affection. She was outgoing, independent, strong-willed, and witty. At age 62 she took a final trip to Vizcaya, Spain and even there made new friends, learning about her family in her father’s home town of Nabarniz, and enjoying staying up all night dancing and singing in Euskera with her Basque cousins, celebrating the festivities of St. Antolin.

Rosie was preceded in death by her father when she was three years old.  She had a strong and loving relationship with her mom/ama, who she considered her best friend. Rosie was a loving and incredibly devoted daughter until her mother died.  She was also preceded in death by her husband Calvin, her brothers, daughter Jan, and grandson Scott. She is survived by son Rex (Barbara), daughters Kim (Gary), Lynette (Derek), and step-daughter Sharon. Grandchildren Jackson, Megan, Alex, Luciana, Aidan, Ramona, and Tara, and great grandchildren, Andrew and Jett.

We will dearly miss our mom, amuma/grandma, birramuma, tía, and friend.

Graveside Service Tuesday, November 26th at 10:30AM Dry Creek Cemetery with a family and friends’ celebration luncheon to follow at the Basque Center at 12:30PM.

In lieu of flowers donations can be made to:

To send flowers to the family or plant a tree in memory of Rosalina Williams, please visit Tribute Store
Tuesday
26
November

Share Your Memory of
Rosalina
Upload Your Memory View All Memories
Be the first to upload a memory!
Share A Memory
Send Flowers