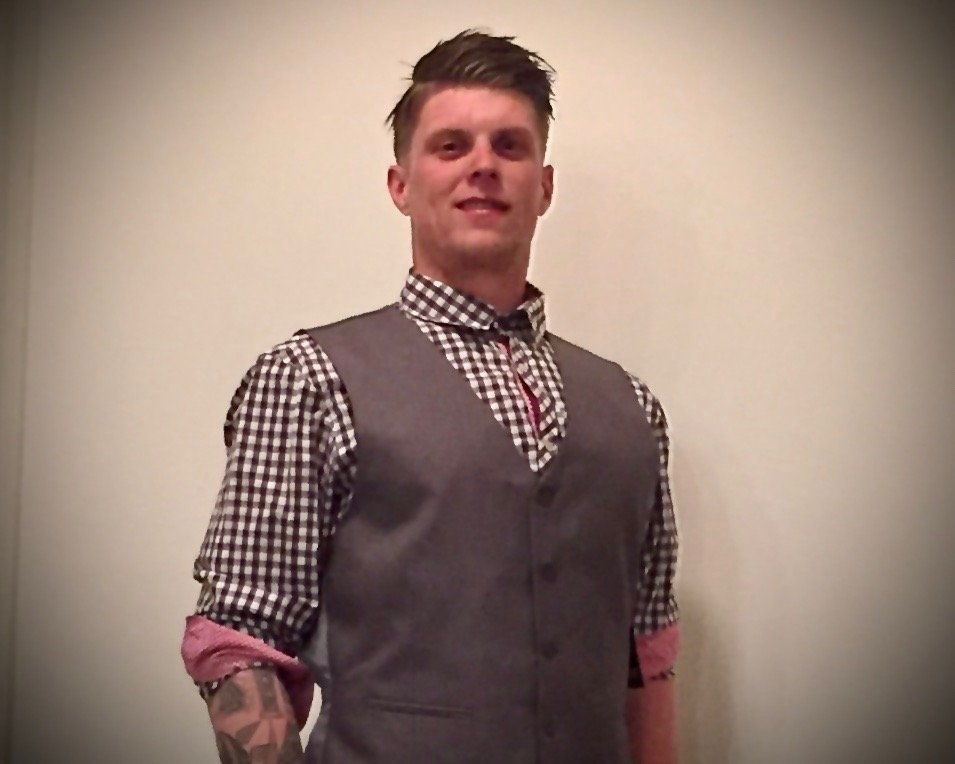 The terms of life are never known. But our ultimate gratitude for our blessing of life is owed to our heavenly Father. Our Father miraculously brings us into our flesh life, shares our spirit with the world, guides and reveals our purpose, and, ultimately, graciously brings us home. Cody James Bolken is home.

Cody was brought home October 18th, 2019, which was the same day his Grandma Thompson was 15 years prior.

Cody was a son, whose identity was found in his mother and father – he modeled his mother’s kindness, her gentlehearted spirit, and her beautiful smile. Cody proudly carried his father’s humble grit, his unwitting pursuit for perfection, his adventure for life, and his perfectly timed humor during difficult times. Cody loves his parents.

Cody was a brother, who always wanted to be around his older brother. He admired his brother’s bravery and example, both of which Cody drew from his whole life. Cody respected and loved how he and his brother were different, and he took great pride in being the strengths his brother needed, while also knowing his brother was always there for his weaknesses. Cody loves his brother.

Cody loved his dogs, who were with Cody when all of us were not. They were Cody’s best friends, his ultimate dependency in solitude, his spirit lifter when Cody was lifting all of ours. Walter, 9, and Flint, 5, have been by Cody’s side all of his adult years. Cody’s dogs epitomize friendship, friendship Cody treasured and is forever grateful for. Cody loves his dogs.

Cody was a dear friend, who made availability and friendship for strangers his entire life. Acquaintances quickly transitioned into more, heartfelt friendship and authenticity are what exemplified Cody. Cody’s empathy and compassion for others culminated who he was. He did not have to try at this, it was a gift for all of us, a selfless statement of the life Cody lived. Cody loves his friends and those who needed a friend.

Cody is survived by his mom and dad, Todd and Debbie Bolken, his brother and brother’s wife, Tyler and Lauren Bolken, his nephews and niece, Jaxon, Jace, Jaxtyn, and Mckinley, his best friends – Walter and Flint, and several special aunts, uncles, cousins and friends.

Cody attended grade school in Meridian and Eagle, Idaho. He graduated from Eagle High School in 2007.

Cody graduated from SUU in 2012 with a degree in Construction Management.

After college, Cody moved to the rugged North Dakota back country to cut his teeth in construction – like he knew his dad and grandpa had done decades before. Cody worked in North Dakota for 5 years, before moving to Phoenix in early 2017 to be closer to his brother and family.

While in Phoenix, Cody accepted another position as a superintendent with a commercial-multifamily construction company, building multilevel residential communities in downtown Phoenix.

By this point, Cody had been away from Idaho for nearly 10 years, and home was calling. In September of 2017, Cody moved back home near his parents in Garden Valley, Id. Cody loved being home again, enjoying the outdoors, and connecting with old friends. Almost immediately upon moving back to Boise, Cody took a job with the technology-driven construction company, Katerra.

While in Idaho, Cody spent nearly all of his off time exploring the outdoors. He took camping adventures into the mountains with his parents on their RZR’s, more adamantly took up fishing and hunting, and always had his dogs by his side. Cody also took a 10-day trip to Alaska this past summer in July. This was bucket list trip he had talked about for a while.

Prayers, togetherness, and the positivity of Cody’s life and presence give us great strength. His strength, his humor, his empathy, and his personality perseveres. It forever will.

To send flowers to the family or plant a tree in memory of Cody Bolken, please visit Tribute Store
Friday
25
October

Share Your Memory of
Cody
Upload Your Memory View All Memories
Be the first to upload a memory!
Share A Memory
Send Flowers