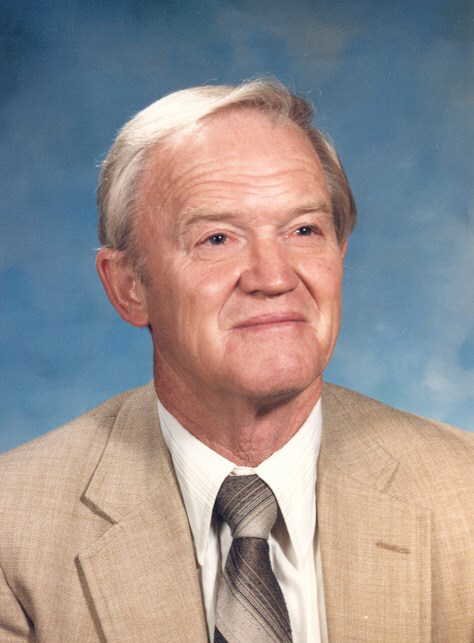 Bob was born September 22, 1922 in Boise, ID.  He was the middle child of three boys born to Stanley A. and Irma Eichelberger Curtis.  He was the son of a pioneer family whose original homestead was on the land where St. Al’s hospital now stands.  Curtis Road was named for his grandfather.

Bob lived his entire life in Boise where he attended Franklin School and Boise High School.  He served in the Navy during World War II and was stationed on the island of Guam for the majority of that service.  After the war, he returned to Boise and married Dorla Hibbard on March 7, 1947.  He received his undergraduate degree from Boise Junior College and his Master’s degree from the College of Idaho. In 1947 he began teaching at Cole School.  Later he moved to North Junior High and then to Boise High School.  He became Principal of South Junior High School in 1970 and remained there for 16 years.  He enjoyed working with students and his fellow educators.  His work in school counseling has been acclaimed locally and nationally.  Some of his work was recognized in a national publication.

Over the years, Bob’s dedication to students extended itself to various athletic programs.  He served as a football, basketball, and track coach as well as an American Legion baseball coach, where he won a State Championship.  Bob officiated football, basketball and baseball games in the Boise valley for more than 20 years and served as the President of the Official’s Association.

Bob was a member of the Air Force Reserve and served as civil defense liaison officer for the State of Idaho, retiring as a Lieutenant Colonel.  He was also a member of the Boise Vista Lions Club, holding many positions including President.  He received the “Melvin Jones Award” for his many hours of dedicated service.  He was also honored by the Idaho Statesman as its “Distinguished Citizen.”

Bob was a man who loved life.  He built a cabin on Lake Cascade in 1960 where he enjoyed spending time with his family.  He was on the ski patrol at Bogus Basin for 16 years and was an avid golfer.  After retirement, Bob spent many hours on the golf course with friends and family.  He also was an avid fan of Boise State Sports.  One of the things that he enjoyed doing was woodworking.  He took pride in quality work and made beautiful furniture for his home and those of his children.

Bob will be remembered by his family as someone who was kind to everyone and who could fix and do anything.

To send flowers to the family or plant a tree in memory of Robert Curtis, please visit Tribute Store
Friday
11
October