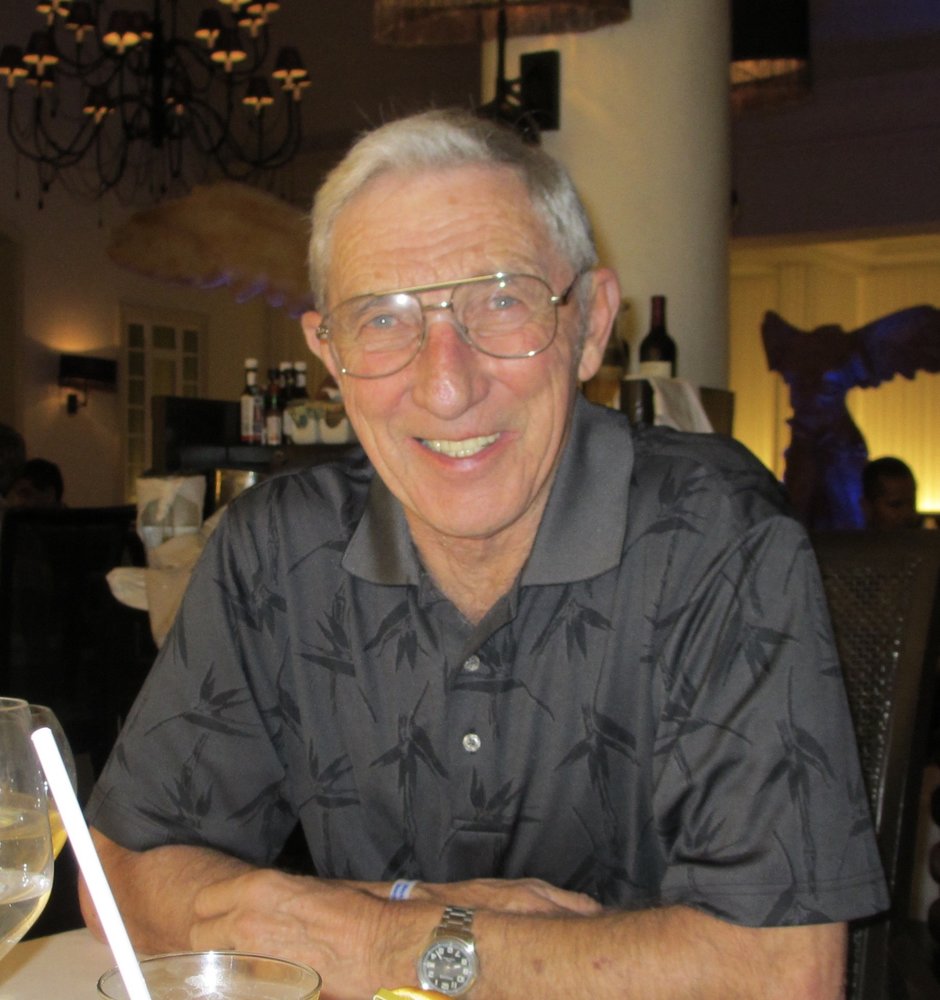 Ronald Grant Thomas passed away on September 25th, 2019 at his home surrounded by his loving family. He was born on September 21, 1935 in Seattle, Washington to Floyd and Verona Thomas. They moved to Meridian in the late 1940’s and settled on Artesian Road, Eagle Idaho. Ronald Married Jamie A. Wurst on July 25, 1959. A graduate of Meridian High School who briefly attended Boise Junior College, Ronald worked at KBOI, Boeing, and United Airlines based in the San Francisco Bay area which provided the opportunity for many memorable family vacations throughout the world. Ronald and Jamie returned to what they always considered their home, Meridian Idaho in 1978, which allowed Ronald to again serve and retire from the Idaho Air National Guard at Gowen Field.

Ronald had fond memories judging and showing livestock as a member of Future Farmers of America. He was a devoted member of the Meridian United Methodist Church spanning from his childhood days.

Ronald was young at heart and lived life to the fullest, which included riding snowmobiles, off-roading, boating, fishing, attending his kids' recitals, sporting events and continuing family traditions until his passing. Whatever the event, he made everyone feel welcome and his spur of the moment humor provided so much joy and happiness to any event.

Ronald exemplified through his actions the value of honoring your wife, family and God. This was not only his greatest achievement but will be his legacy. He had an insatiable curiosity and knack for mechanical projects. As he often said, “we would be amazed at how much he built in his dreams while sleeping last night.”

Special thanks to Dr. Frank Johnson and staff at St. Luke’s Internal Medicine, Touchmark Living Center and his caregivers.

To send flowers to the family or plant a tree in memory of Ronald Thomas, please visit Tribute Store
Tuesday
1
October

Share Your Memory of
Ronald
Upload Your Memory View All Memories
Be the first to upload a memory!
Share A Memory
Send Flowers