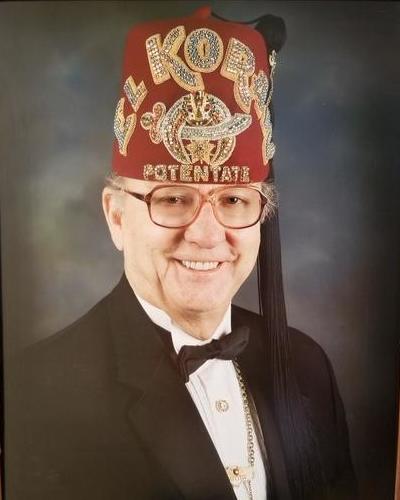 Theodore “Ted” Keith was born in Salmon, ID on December 6, 1935 to Elmer Merrifield Keith and Lorraine Katherine Randall Keith. He grew up on a ranch near North Fork by the Salmon River Primitive area, still maintained by his family today. Big responsibilities rested on young shoulders as he began hunting and packing for the family at age 12. They lived off the land without modern conveniences for many years, and later moved to Salmon and “city life.” Ted spent summers working for the U.S. Forest Service as both a Fire Lookout and Smoke Jumper (40 fires), and served in the U.S. Army Reserve for seven years, earning the rank of sergeant first class. He also earned his Bachelor’s Degree in Accounting at the University of Idaho, Moscow, and later his CPA and CIA.

He married Betty Heuck in 1960, worked initially for Roseburg Lumber Company, OR, then a Boise Cascade division in St. Paul, MN, before settling in Boise, ID. He next served as Director of Internal Audit for Boise State University for 30 years, until he retired. Professionally Ted was also a member, then president of the National Association for Internal Auditors. The couple had four children, and over time relocated to Sand Hollow, ID.

Ted’s father Elmer was a noted hunter, author and firearms pioneer, and passed on a love of the outdoors and hunting to his son. Ted bagged bear, deer, elk, moose, antelope, ducks, pheasants, geese and wild boar. “The older I get, the smaller the game I pack out,” was a favorite sentiment. Ted stewarded Elmer’s big game trophy collection, firearms, and personal memorabilia, and worked with Cabelas to establish an Elmer Keith museum in Boise for many years.

Ted was also a 62-year member of Lemhi Masonic Lodge No. 11 in Salmon, Idaho. He additionally served as Potentate of the El Korah Shrine in Boise, helping support the twenty-two Shriners Hospitals for Children ®.

During his life Ted’s travels included the UK, Italy, China, Canada, and more than a dozen U.S. cities, but never found country as beautiful as his home state. He enjoyed fishing, boating, camping, hiking, and spending time with his children and grandchildren. He also doted on his vintage car collection of Model Ts and Cadillacs, noting “my art collection includes classic things on wheels.”

In recent years he suffered from Parkinson’s disease, and passed away from complications on September 1st at age 83, eight months, while in home hospice with his daughter Heidi. He was preceded in death by his sister Dru Keith, and survived by his daughters Heather, Heidi, Holly, and son Gregor; grandsons Josh, Andrew, Damian and Connor; and granddaughters Sarah, Madison and Ashlyn.

A Celebration of Life will be held at Summers Funeral Home, 1205 W. Bannock St., Boise, on September 12, at 10 am, followed by a luncheon reception at the Boise El Korah Shrine Temple, 1118 W. Idaho St. Final interment with Ted’s father, mother and sister takes place September 14, 1 pm, at the Salmon Cemetery, South Salmon on Cemetery Road overlooking the Bitterroot Mountain Range, which Ted considered the Alps of America.

In lieu of flowers, donations can be made online in Memory of Ted Keith to the Shriners Hospital for Children in Portland, donate.lovetotherescue.org, or contact 503-241-5090.