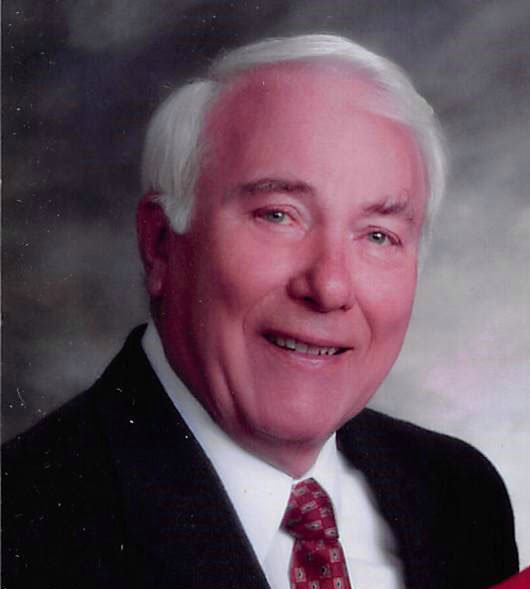 Fritz Eymann passed away on August 20, 2019. He was a loving father and grandfather who had a passion for music, golf, the outdoors and, most of all, his wife and family. He is survived by his loving wife Rose, his children Tamara, Renee and Randy (Sandra), his grandchildren Eloise and Henry, and many beloved nieces and nephews.

Fritz was born in American Falls, Idaho on September 29, 1931 to Ernst August Eymann and Sophia Radke, the youngest of three brothers.

Fritz graduated from American Falls High School. He worked for a local grocery store until he was drafted into the Army during the Korean War. He was stationed at Fort Hood in Texas where his superiors discovered that he had typing skills and assigned him to the JAG office as a clerk. His fine baritone voice earned him a spot on the Army Chorus, and he traveled with the choir to New York City to appear on Arlene Francis' show "Talent Patrol."

Fritz completed his Army service and used the GI Bill to attend college. He graduated from the University of Idaho in 1959 with a degree in accounting and was hired by the Internal Revenue Service to work in California, initially in San Francisco and then to Sacramento at his request, as his brothers Lou and Leo lived nearby.

Fritz met his future wife Rose at the pool of the apartment complex where they both lived. Fritz didn’t believe Rose when she told him they shared the same birthday, and he bet her a steak dinner that she was wrong. Fritz lost, took Rose out on a dinner date and two years later, in 1962, they married.

In 1975, Fritz transferred to Coopers & Lybrand’s Boise office, where he specialized in expatriate taxation. His responsibilities required him to travel overseas to Iran, Algeria, Columbia and the Netherlands to meet with his American clients working abroad. He later worked for Balukoff, Lindstrom & Co. until he retired.

Fritz and Rose were charter members of The Boise Master Chorale, a choir that sang around the Boise area and performed Handel's "Messiah" with members of the Boise Philharmonic every December. Fritz also belonged to the Civitan Club, a community service organization.

Around 1993, Anne Audain asked Fritz to join the board when she founded the Idaho Women's Fitness Celebration. He also served as its treasurer.

After retirement, Fritz and Rose spent a few winters in sunny Palm Springs and took annual trips to the Oregon Coast to celebrate their anniversary and shared birthday. They also visited historical sites in Italy and enjoyed Hawaii.

In 2007, Fritz and Rose traveled to San Francisco to watch their son Randy marry Sandra. Fritz enjoyed the many visits his grandchildren made to Boise after he was no longer able to travel.

Fritz was preceded in death by his brothers Lou and Leo. He is now at peace with the Lord.

Funeral services will be held at 12:00 pm on Tuesday, August 27 at Summers Funeral Home, Boise Chapel, 1205 W. Bannock St in Boise. Donations in lieu of flowers can be made to the American Cancer Society. Burial to follow service, Idaho State Veteran's Cemetery at 2:00 P.M.

To send flowers to the family of Fritz Eymann, please visit Tribute Store

Share Your Memory of
Fritz
Upload Your Memory View All Memories
Be the first to upload a memory!
Share A Memory
Send Flowers