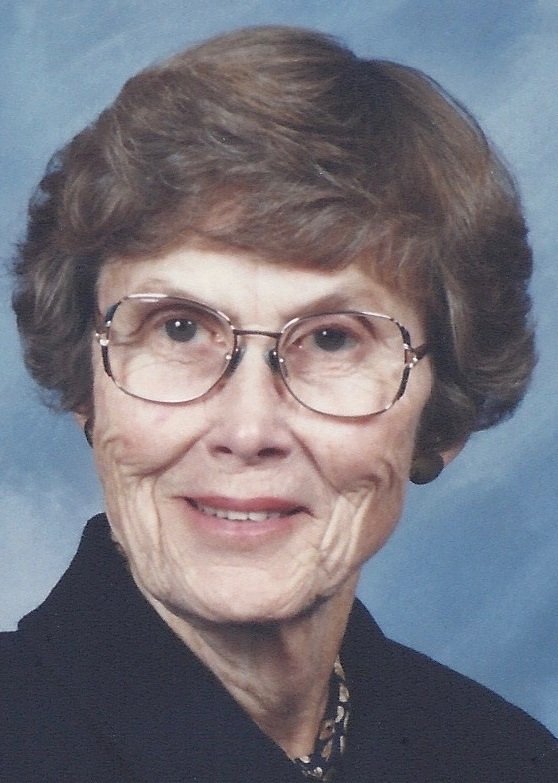 Arita Hefferan Cleary, passed away peacefully on June 4, 2019, surrounded by her loving twin daughters and sons-in-law. She was 98 years old, just 5 days short of her 99th birthday. Arita was born on June 9, 1920 to Mildred B. Hefferan and Raymond Lloyd Hefferan in Detroit, Michigan. She later moved to Philadelphia, the city she always loved, where she grew up with her brother Ray.  Arita attended Penn State University and graduated with a degree in journalism and picked up the nickname “Knobby” for her cute nose. She worked for a newspaper and the Pennsylvania Railroad and then joined the Navy, where she met her future husband and best friend, Edward Cleary.  They were married in 1946 and shared 72 wonderful years together until his death in 2018.

Arita followed Ed to Ohio State while he finished his education, and then they moved to Portland, Oregon in 1947.  They lived in Portland for 13 years where their three children, John, Kathryn and Patty were born. She loved their home with its view of Mt. St. Helens, Mt. Adams, and the Willamette River.  Arita and Ed moved to Boise in 1960 when Ed took a job with Boise Cascade Corporation.

Arita immediately immersed herself in her new city by joining the AAUW, YMCA, Koelsch PTA, Assistance League, St. Luke’s Auxiliary, and the First Methodist Church. She timed swim meets at the Y and ski races at Bogus Basin, had a Girl Scout Troup, and enjoyed playing golf at Hillcrest. She would eventually accumulate 4000 hours of volunteer service at St. Luke’s’ Hospital. For many years she enjoyed reading every week to students at Sacred Heart School.

Arita loved reading a good book, springer spaniels, golfing, traveling and dining with Ed, and raising their three children. She cheered for her beloved Penn State all of her life and enjoyed watching her family grow to seven grandchildren and three great grandchildren.  Arita was a frequent family winner at “Jeopardy” and an accomplished seamstress who was always willing to make a new Halloween costume or repair a ripped knee. Her perfect meal always ended with a chocolate dessert.

The family would especially like to thank Frankee, Bonnie, Rob, Laura, and Betsy from First Choice Hospice Care and Arita’s daughter Patty, who brought her home and lovingly cared for her the last year of her life.

In lieu of flowers, the family requests donations be made to the Boise YMCA or the Assistance League of Boise in memory of Arita Cleary. The family will celebrate her life in a private ceremony at a later date when she is interned at the Idaho State Veterans Cemetery next to her husband Edward Cleary.

To send flowers to the family or plant a tree in memory of Arita Cleary, please visit Tribute Store

Share Your Memory of
Arita
Upload Your Memory View All Memories
Be the first to upload a memory!
Share A Memory
Send Flowers