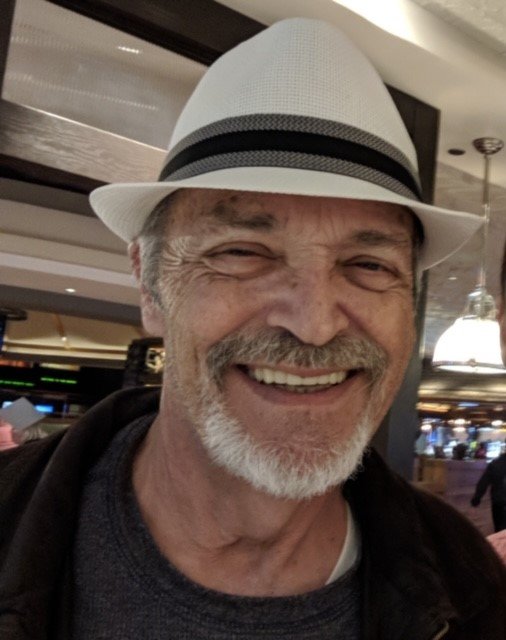 Theodore “Ted” Mitchell Horras passed away suddenly on May 14th, 2019 in Boise, Idaho.  Although his children had numerous terms of affection for their Father, including Red Honas a name gleefully found by his children on a USPS envelope circa 1986, Ted preferred the self-applied moniker “Cowboy Ted.”  Known for his savage jump shot and his love for all things Montana, Ted was born to Theodore “Grampy” H. Horras and Frances “Grammy” Mitchell Horras on January 22, 1948 at Columbus Hospital in Great Falls, Montana. Ted was the youngest of 4 siblings, the only boy and loved dearly by his parents and sisters.  Ted attended Great Falls Central Catholic High School and finished as class salutatorian.  He only held a slight grudge against the class valedictorian, Anna Studenky, for the remainder of his life.

Ted graduated from Great Falls College (now the University of Providence) with a B.A. in English, and made his way to Seattle, Washington to matriculate as a seminarian with an eye on becoming a priest.  Fortunately for his seven (7) children, Ted ultimately opted for the marriage and fatherhood path marrying Julie Ann Helms of Cody, Wyoming.  Ted and Julie Ann raised children from 1972 until 2008…..woah!  Ted remained a devout catholic serving as a eucharistic minister for several parishes in Idaho, Iowa and Montana.

Ted loved helping people and worked as the Executive Director of Easterseals in Boise for several years in the early 1980’s.  His children especially enjoyed watching Ted appear on the local television version Easterseals’ telethons in the wee hours of the morning.  Ted subsequently took his career into the banking industry helping people obtain loans as a loan officer and working as a trust officer for several different banks in Boise, Ottumwa, Iowa and Billings, Montana.  He ultimately returned to his beloved Great Falls, Montana for several years before making his way back to Boise where he retired.  Cowboy Ted, however, never fully retired as he took his passion for helping people and education to local elementary schools as a Foster Grandparent where he worked until his passing.

Ted loved to read, play songs on his guitar to the delight of his children, and was especially adept at skipping rocks in the rivers, lakes, ponds and streams of Idaho and Montana.  He also loved watching his children succeed in school, sports and life and was never shy to tell his children how much he loved them and how proud he was of them.  Ted did not show the same affinity for sport’s referees, however. Despite his otherwise kind and calm demeanor, Ted could become extraordinarily verbal and animated in expressing his displeasure when a referee, in Ted’s eyes, made an unforgivable error during one of Ted’s children’s games.

“Cowboy Ted” will be sorely missed by his family and friends.  He is survived by his three adoring sisters Madeline, Jane and Polly, his seven children Nancy Brennan (spouse Erin), Ellen Smith (spouse Bill), Joe Horras (spouse Danielle), Chris Horras (spouse Rachelle), David Horras, Stephen Horras (spouse Nell Ryan) and Annie Horras as well as 13 grandchildren.  He is also survived by his T.K. who was his good buddy, roommate and loyal cat.

In lieu of flowers, the family respectfully requests that donations be made to the Foster Grandparents Program of the Treasure Valley 1607 W. Jefferson St. Boise, Id 83702 or online      https://www.jannus.org/program/foster-grandparent-program-of-the-treasure-valley/  and click on the DONATE NOW icon.

To send flowers to the family or plant a tree in memory of Ted Horras, please visit Tribute Store
Monday
20
May