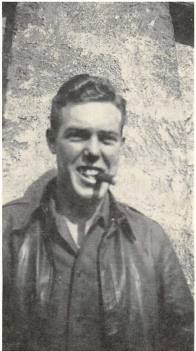 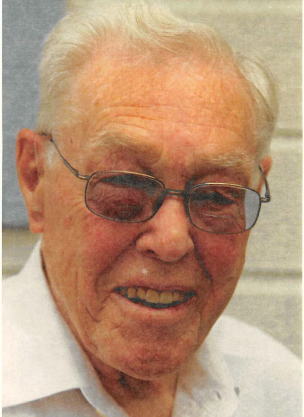 Sim started ranching with his dad when he was 10 and continued until he graduated from Buhl High School in June 1940. After graduation, he moved to California to attend the Pacific Aircraft Training School in Hawthorne, where he met and married my mother Marion. He enlisted in the Army Air Force and served in Italy during World War II, as a B-17 airplane mechanic.

Sim had been around the world, his talents were endless. He was the owner of the C&P Cleaners and West Inc. in Elko, Nevada. He was an avid outdoorsman, fishing, and hunting; however, his final passion was quarter-horse racing with a horse he raised, by the name of, “Swede’s Jet On.”

Sim was fair, honest, kind, compassionate, a good listener, smart business-man, a practical jokester, and a wonderful storyteller to the very end. There was nothing that Sim would not do to help you repair or give you in a time of need. And a handshake or his work was all that was needed.

He is survived by his daughter Gayle, granddaughters; Jessica and Rebecca Wynia, and his brother Marvin D. Churchfield.

From his second marriage he is survived by Tom and Marci Harrison, granddaughter, Caitlyn Harrison-Frederickson, her husband Sam, and Camille Harrison-Fulwood, and her husband Jonathan.

To send flowers to the family or plant a tree in memory of Simeon Churchfield, please visit Tribute Store