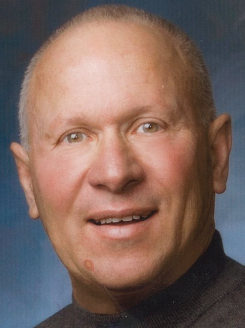 Dr. Robert E. DiGrazia passed away on Monday, April 22, 2019 after a short, but hard-fought battle against Bulbar ALS in Boise, Idaho. Robert (or Dr. Bob as known by most) was born on March 1, 1948 in Elko, Nevada to Joseph and Geraldine (nee Streshley) DiGrazia. The family lived in Wells, Nevada for most of Bob’s life. Bob spent countless hours helping his Dad in the family bar and wholesaling business, even learning to drive a beer truck in his early teen year’s. His love of Wells and the Nevada high desert was often a topic of conversation with friends and family. His hometown inspired his love for the outdoors, hunting, and adventure – a theme that would later define major moments in his adult life. Dr. Bob graduated from Wells High School in 1966. He took a big leap of faith and left Nevada to attend the University of San Francisco. While at USF, Dr. Bob joined the ROTC and earned educational deferments to finish school with intention to enlist in the U.S Army to honorably serve the War in Vietnam. In 1970, Dr. Bob graduated from the University of San Francisco with a Bachelor’s degree in Science. While in basic training, he was invited to OCS where he would receive the rank of Captain. He then went to Dental School at the University of Pacific in Stockton, CA. After graduating dental school, he served a Dental Residency with the US Army in various locations including Fort Sill, OK and Dougway, UT. After being given an honorable discharge in the late 1970’s, Dr. Bob was presented with an opportunity to buy a practice in Boise, ID. He practiced family and hospital dentistry for over 30 years in the Boise community.

In 1980, Dr. Bob met a young, vibrant nurse, Mary Kay (O’Rielly). In a short while, they were engaged and married. Their first years of marriage were full of adventure, hard work, and dedication to family. In May of 1983, their first child was born, a daughter named Julia. Three years later another daughter was born, named Madeline. And, a very short time later, 18 months to be exact, the boy Dr. Bob was hoping for, Joseph was born. The family lived and grew in the Boise Foothills. Dr. Bob was intent on having access to the outdoors from his backyard, so the family stayed in the same neighborhood for over 30 years. Dr. Bob and Mary Kay divorced in the early 2000’s, but maintained a close and devoted relationship to guiding and raising their three amazing kids. They both have been quoted saying “we didn’t get our marriage right, but we sure did raise these kids right.” Dad spent a short time single, but immediately found partnership and adventure in 2003 when he married Susan (Karg). Dr. Bob and Susan worked tirelessly to keep their “homestead” beautiful, took time to enjoy the nature and beauty of the outdoors; two things they both cherished. Dr. Bob and Susan also dutifully looked after their parents as they got older and the family is forever grateful for the time and energy they spent lovingly taking care of their elders.

Dr. Bob was a real renaissance man. His interests varied from environmental issues, politics, recreation and competitive running. He never had a lull in his schedule. Dr. Bob began hunting in the Frank Church Wilderness Area in the early 1980’s with his best friend and trusty guide, Steve Zettel. For over 35 years, almost every Fall, Dr. Bob and his best friend Dr. Ron Lowry went up hunting elk, sheep, deer or just took long nature walks. His time spent in the wilderness brought him peace, serenity, and happiness. His love of conservation hunting led him to various organizations such as the Rocky Mountain Elk Foundation and the Wild Sheep Foundation (formally FNAWS). By the early 1990’s, Dr. Bob was elected national president of the organization. He spent countless hours lobbying Congress, Presidents, and local leaders to think about smart and pragmatic policies to keep game and herding populations healthy. He valiantly fought the US government, along with the leaders of the Sho-Pai tribes of Duck Valley, to protect valuable land for wild sheep that were going to be used for US Air Force bombing training. His time with the organization came to a culminating peak last February when he was honored for completing his Grand Slam in North American Wild Sheep. In December of 2018, on a trip just north of Las Vegas, Dr. Bob finally fulfilled his dream of shooting a Desert Bighorn. With the help of dedicated friends, including the Zettel family, Dr. Bob completed his mission. The family is forever grateful to

those who made the trip and the hunt happen. Dr. Bob, also in the early 80’s, began long distance running, mainly to stay in shape for the grueling hunts in the Idaho Wilderness. The competitive drive took over Dr. Bob, and he started to run half and full marathons regularly including Robie Creek, as well as the Portland and Boston Marathons. His proudest running achievement was running the 100th Boston Marathon in a Wells High School track uniform. He retired from running in the early 2000’s and found great exercise in long hikes in the foothills trail system with Susan and family members. Up until last summer you could find Dr. Bob with a weighted pack on the trail to Table Rock. His daughter Julia always said he was part mountain goat due his ability to push up a hill so quickly.

Dr. Bob was diagnosed with Bulbar ALS in the Fall of 2017, attributed to his service in the US Army. The disease took hold quickly, but he found resilience and adjusted to his new way of life by finding his new normal through unique tricks and tasks. The family would like to thank the VA Hospital of Boise for their devoted and excellent care provided to Dr. Bob, especially Barb V., Dr. Alan Hines, and Dr. Paula Carvahlo. The family would also like to thank the team at Progressive Nursing who lovingly took care of Dad in his home up until his last month; a special shout out to Terry, Camille and Rhylee; he spoke highly of you and we are grateful for the time and talent you gave to Dr. Bob. Lastly, the incredible care given at Cascadia of Boise in the last few weeks was amazing. Dr. Bob died in peace, comfort, and serenity with the loving care the facility gave.

A funeral mass will be held on Friday May 31, 2019 at St. John’s Cathedral in Boise at 10:30 A.M. A Celebration of Life Lunch will be held directly after at the Stone House in Boise located at 709 E. Park Blvd. All who knew and loved Dr. Bob are welcome to attend.

To send flowers to the family or plant a tree in memory of Robert DiGrazia, please visit Tribute Store
Print
Friday
31
May