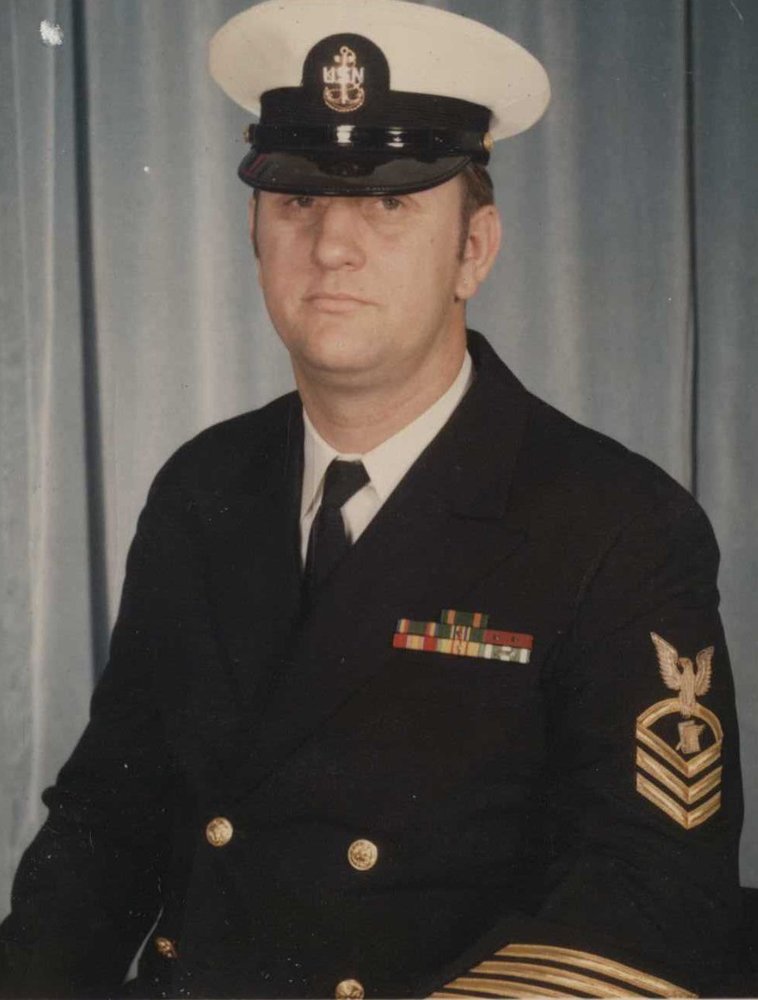 Tom was born July 26, 1939 in Redwood City, California to Bart and Merle White. Hs was one of three children with an older sister JoAnn and and younger sister Meredith. Tom’s father passed away when Tom was 12 years old and he spend much of the rest of his childhood helping his mother care for their home and his younger sister.

In 1956 at the age of 17, Tom enlisted in the United States Navy. Tom traveled extensively during his time in the Navy aboard several different ships, primarily stationed near The Phillipines, Vietnam, and Japan.  He served his country during the Vietnam War aboard the USS Ajax AR-6.  Tom was extremely dedicated to his military service and rose through the ranks to become a Chief Petty Officer before retiring in 1976.

While he was stationed in San Diego in 1974, Tom met his wife Laurel. They married June 7, 1975 in Stockton, California. Their son Bart was born December 2, 1977. A few years later, their daughter Anne arrived on March 1, 1982. Tom loved being a father. During this time Tom worked in sales and made sure he was always available for his children. Whether it was school plays, soccer games, or piano lessons, Tom was always there. Tom loved all sports especially football, baseball, and golf and routed tirelessly for his hometown teams The San Francisco Giants and the 49ers.  Tom was introduced to golf in by a friend when he was in his 40s and immediately loved the sport, playing it as often as possible.  He also instilled his love of sports in his children, and was out in the yard every chance he got practicing with them and teaching them new skills.

Tom and his family moved from Stockton, California to Boise, Idaho in 1992. In Boise, Tom worked at Micron Technology as an Operator from 1992 until he retired in 2001 at the age of 62.  Tom spent many wonderful years of his retirement playing golf and traveling with Laurel until his health started to decline several years ago.

Tom was a caring and supportive husband and father as well as a patriot who loved his country and the time he spent serving it.

Military services will be held for Thomas on Monday April 29, 2019 at 1pm and the Idaho State Veterans Cemetery in Boise, Idaho. In lieu of flowers, the family is asking that any charitable donations be made to your favorite organization that supports veteran affairs.

To send flowers to the family or plant a tree in memory of Thomas White, please visit Tribute Store
Print
Monday
29
April