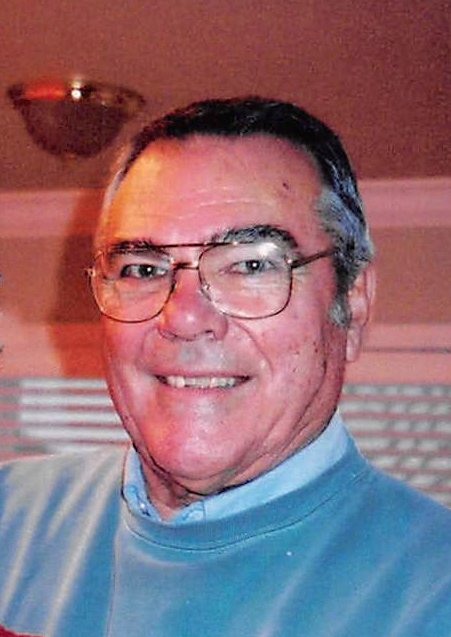 Ron was born in Rock Springs, WY on September 30, 1931 to Mungo Brown and Dorothy (Dollie) Baker Brown.  Ron’s father was killed in a coal mining accident when Ron was 10 years old and his mother raised him and his older brother, Robert Brown.

Ron was an outstanding athlete in high school.  He was named All State Basketball Player of the Year in 1951 and placed 1st at the state track meet in pole vaulting and high jump.  He excelled at all sports and had an opportunity to try out for the New York Yankees.  He loved football and received many college scholarship offers; however, he was encouraged to go earn a living and opted to join the Navy.  He served aboard the USS Cunningham and the USS Brush from 1951-1955.

In 1956, Ron married Janice M. Sharp, also of Rock Springs.  They decided that Ron should get an education instead of working in the oil fields.  They moved to Pocatello, Idaho where Ron attended Idaho State University and received a Bachelor of Science in Accounting with a Minor in Mathematics.

When Ron received a job offer from the Atomic Energy Commission, he and Jan moved to Idaho Falls with their two daughters.  They welcomed their son two years later.  Ron continued his career with the federal government and retired from the Department of Energy as the Deputy Director of Safeguards and Security in 1986.  He continued to work as a consultant in Idaho Falls and Washington D.C. for several years.  He was honored to be a member of the NEST Team (Nuclear Emergency Search Team), which is an emergency response team that is called upon in the event of a global or domestic nuclear threat or incident.

In 1968, Ron began coaching young athletes and was very involved in the 8th grade Grid Kid Football Program.  Ron continued his involvement through the years, including coaching his son in Grid Kid Football, as well as youth baseball.  Ron was an avid outdoorsman.  He loved to camp with his family every weekend during the summer and take them skiing in the winter.  He also enjoyed hunting & fishing with his buddies and went on an amazing three-month fishing trip to Alaska.  He loved golfing with Jan and friends.  They spent several winters in Arizona, where they took in the sights, played golf and enjoyed going to baseball games during spring training.  Ron and Jan also had the privilege of traveling to several countries around the world, cruised the Caribbean and took the family on a very special two-week vacation to Hawaii over the Christmas holidays.  Ron’s favorite country was Scotland, as that is where the Brown clan began.

He was preceded in death by his wife, Janice; his parents and grandparents; brother Robert M. Brown; sister-in-law Garnet Brown and brother-in-law Jack Morrow.  He is survived by his daughters Lori (Dave), Leslie (Matt) Boltz and son, JR; his precious grandchildren Alexandria and Lawson Boltz; his brother’s children, Dorothy Wells of Gulfport, MS; Robert Brown and DeeAnn Brown, both of Idaho Falls.  Sisters-in-law Joyce Morrow of Evanston, WY & Noreen Sharp of Rock Springs, WY and brother & sister-in-law John and Sandy Seppie of Rock Springs, WY; along with several nieces and nephews and some very special friends whom he considered family.

A special thank you to Mary Alice, Lesli and the entire staff at Grace Memory Care and Abode Hospice for providing our father with the loving care, grace and dignity that he so deserved.

To send flowers to the family or plant a tree in memory of Ronald Brown, please visit Tribute Store
Print
Saturday
20
April