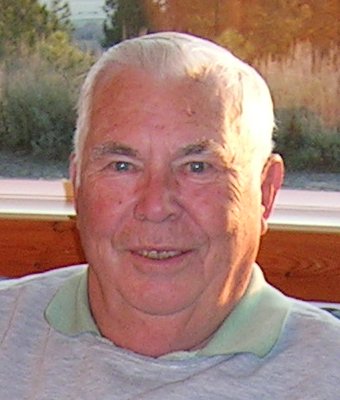 Arthur Schuette passed away on Monday, April 8, 2019 in Boise, Idaho from complications after contracting Legionnaire’s Disease. He was 84. He was a resident of New Meadows, Idaho. Art was born at home on October 1, 1934 in Plato, Minnesota to Arthur and Emma Schuette. He grew up on the family’s dairy farm with eight brothers and sisters and attended school in Glencoe. He graduated from Glencoe Minnesota High School in 1952 and worked a year on a local farm. After he saw an ad in the Minneapolis newspaper for Boeing Aircraft Company, he and a friend drove to Seattle in 1953 and worked at Boeing for two years. He next enrolled in the University of Washington and graduated in 1959 with a Bachelor in Science in Forest Management. After meeting Barbara Lanning while they both worked at a ski lift in Snoqualmie Pass, Art married Barbara in Seattle in 1958. With a forestry career of over 40 years, Art first worked with the State of Washington’s Department of Natural Resources before he joined Koppers Company. There he held roles as plant manager, procurement manager, division sawn stock manager, timberland manager, and division raw materials manager. His 25 years with Koppers included work and residences in California, Colorado, New Hampshire, Maryland, West Virginia, Pennsylvania, and Oregon. His work also dispatched him to cruise timber in Guatemala and Costa Rica. After leaving Koppers in 1984, Art began a consulting career, first with Reforestation General Contractors in Lake Oswego, Oregon and then with his own firm, Forestry Pros in Sherwood, Oregon. There he managed inventories, log marketing, site prep, Christmas tree farms, slash burning, and tree planting in Oregon, Washington, California, and Russia. His inventory and appraisal work included check cruising and meeting appraisal standards for IRS and Probate Courts. After retiring in 1999, Art and Barbara relocated to New Meadows, Idaho. An avid golfer, skier, fisherman, and hunter, Art found time to provide forest management services at Meadow creek Golf Resort where he reduce forest fuels in the development where he resided. He also served as treasurer at Meadow Creek. A world traveler in his retirement, he ventured to China, Europe, Australia, the Middle East, South America, and Mexico. His wife Barbara; his son Bill and his wife, Cindy; son Jim; daughter Sally; and grandsons Daniel and Jacob survive Art. A service will be held later this summer in New Meadows. Memorial donations can be made to the Portland Chapter of the Society of American Foresters (SAF).

To send flowers to the family or plant a tree in memory of Arthur Schuette, please visit Tribute Store
Saturday
8
June

Floral tributes will be accepted.