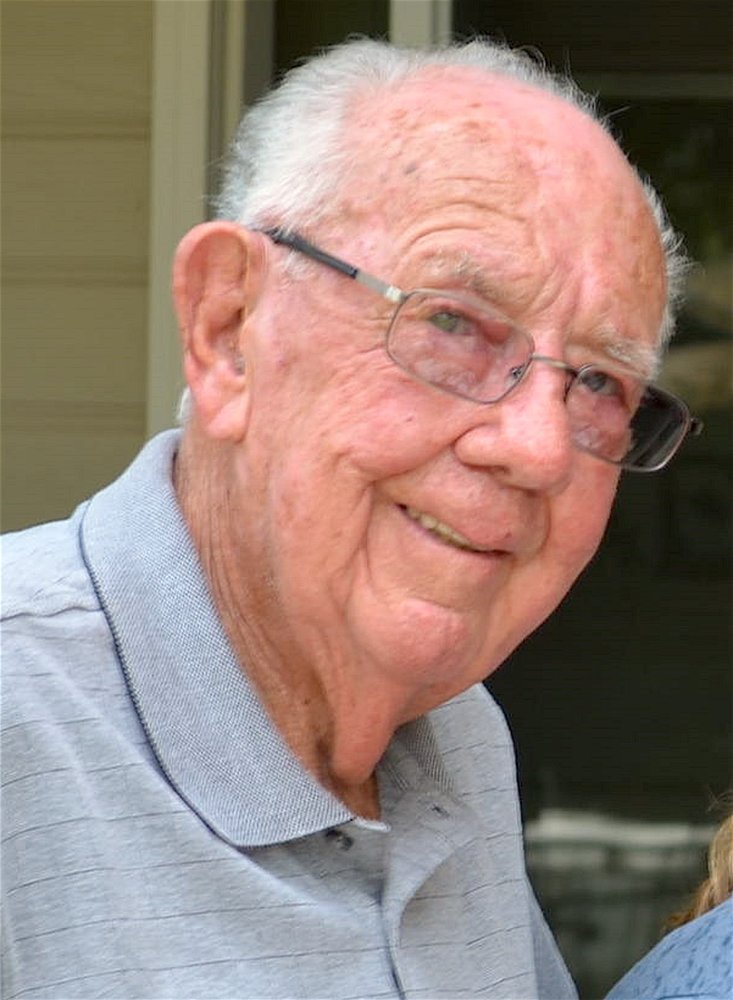 Glen Dallin Allred, age 87 passed away on October 2, 2018, surrounded by his loving family.

Born December 10, 1930 to parents Alta May Steck Hahne and Floyd Dallin Allred, Glen was raised in Tooele, Utah. Glen’s father passed away when he was just a boy. His mother Alta later married Roy W. Hahne, who became a loving stepfather to Glen and big sister LaRae.

Shortly after graduating from Pocatello High School in 1949, Glen began his career with the Mountain Bell Telephone Company collecting money from phone booths and then moved on to become a Lineman. In 1950, Glen enlisted into the United States Air Force and served as Airman 1st Class, 1st Tactical Reconnaissance Squadron Night Photography during the Korean War. The primary mission of the squadron during the Korean War was to provide night reconnaissance for the wing aircraft, both photographic and visual. Upon his discharge in 1954, Glen resumed his position with Mountain Bell and progressed into Management through the years.

By chance of fate, Glen met Chana Marie (Pierce) when they were both on a blind date with other people. After a short courtship, they married on January 7, 1956. They lived in Pocatello, Idaho Falls and Boise for many years and eventually settled in Meridian, Idaho.

Both Glen and his wife Chana worked at Mountain Bell for over 30 years.  It was his dream to retire at age 50 and both Glen and Chana fulfilled that dream and began a new adventure called ‘enjoy life to the fullest.’

Glen and Chana nurtured friendships with many of their phone company colleagues. They enjoyed retirement as snowbirds in Casa Grande, Arizona for over 25 years and maintained those strong friendships throughout life. They enjoyed traveling and made many trips with their Telephone Pioneers Family Campers group.

Glen was an avid golfer, enjoyed camping, fishing, woodworking, BSU football games and could fix anything that needed fixing. He looked forward to nurturing his garden each year and was always the first in the family to produce big red tomatoes, cucumbers and peppers.

It was important to Glen to create and maintain a strong family bond. Glen enjoyed spending time with his family whether it was camping, special gatherings or just sitting in the living room to catch up. Through the years, both Glen and Chana could be found at any event, activity or endeavor their children and grandchildren participated in or pursued. Their support and encouragement was endless and unconditional. More than anything, Glen adored his beloved wife Chana and there wasn’t a day they didn’t spend together creating beautiful memories, happy smiles and sharing a deep love for each other. Their wonderful love story spanned over 59 years and he called Chana his ‘sweetheart’ until the very end when she passed away in 2015.

The family would like to thank the caregivers at Paramount Parks and First Choice Home Care for their respect, compassion and care of our father.

In lieu of flowers, donations can be made to Snake River Heritage Center/Telephone Pioneers Museum, 2295 Paddock Avenue, PO Box 307, Weiser ID 83672 in the name of Glen Allred.

To send flowers to the family or plant a tree in memory of Glen Allred, please visit Tribute Store
Print
Tuesday
9
October