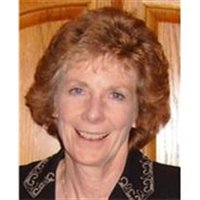 Laura Ann Shaffer, 64 of Boise, ID died November 13, 2011 at her home of complications from ALS. Laura was born on April 28, 1947 in Valentine, NE. She attended a number of schools, including a one-room school house in the Nebraska Sandhills and the University of Nebraska School of Agriculture where she graduated class salutatorian. She was always an intelligent, strong-willed, and motivated individual. Laura married her high school sweetheart, Terry, on May 26, 1966. Shortly after they were married, they loaded everything they owned into a 1961 ford fairlane and moved to Missoula, MT. They loved the Northwest and settled in Boise, ID in 1979. They had two children: Tonia, born in Missoula, MT and Jason, born in St Maries, ID. Laura was a stay-at-home mom until her children went to school. She returned to work at Tippet Land and Mortgage Company in Kennewick, WA. She transferred with that company to Boise, and worked for them until they were bought out by CIGNA Life Insurance Co. She worked for CIGNA until 1988, when she took a position at Idaho Housing and Finance Association, working there until 2007 when she retired from The Housing Company as Vice President and Chief Operating Officer. Laura was always appreciative that she worked for many people who gave her the opportunity to use her abilities to move her career forward. Laura loved being outdoors, gardening, hiking, boating, cross country skiing and 4-wheeling. She was always doing something. She loved to sew and made many Halloween costumes for her grandchildren. Her greatest joy, however, was her family, and she felt blessed having her children and grandchildren living close enough that she could be a significant part of their lives. Laura is survived by her husband, Terry Shaffer; children: Tonia Nicholson (Brian); Jason Shaffer (Joy) all of Boise; five grandchildren: Arielle(16); Gabrielle(14); Alex(13); Miranda(10); and Lindsey(8); parents, Don and Evelyn Weber of Rushville, NE; mother-in-law, Vernice Shaffer of Curtis NE; brother, David Weber (Linda) of Calloway NE; sister, Shirley Blaylock (Jim) of Alliance, NE; brother, Jim Weber (Bob) of Denver CO; sister-in-law, Gloria McGooden (Mike) of Siloam Springs, AR; aunts, uncles, nieces, nephews, cousins and many wonderful friends. Services will be at 11 o'clock a.m. Monday, November 21, 2011 at Summers Funeral Homes, 3629 E. Ustick Road, Meridian, Idaho. In lieu of flowers please make a donation to the Muscular Dystrophy Association/ALS at 6485 W Interchange Lane #101, Boise Idaho 83701.