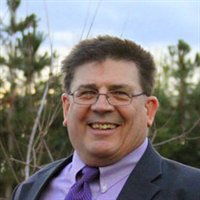 Gary Conrad Madsen, 59, of Eagle, Idaho passed away far too young on March 15, 2013. He was born August 3, 1953 to Dayle Conrad and Melgene Noble Madsen, in Cache Valley, Utah. Gary was raised in Logan, Utah and attended the public schools there. He graduated from Utah State University with a BS degree in mechanical engineering and in 1982 received his master's degree. On June 22, 1979, Gary married the love of his life, and his best friend, Jackie Sizemore Madsen. They were married for 33 loving and adventurous years. Gary and Jackie had three children, Austin, Kirstin, and Dakota. He was very proud of his children, and he cherished and bragged about the many milestones in their lives. One of his favorite things in life was the time he spent with his family. Gary was a member of the Church of Jesus Christ of Latter-day Saints. He served an LDS mission in Palmyra, New York, and he held many church callings throughout his life. He had the opportunity to be an early morning Seminary teacher while living in Washington. His favorite calling was serving as a bishopric counselor in a single adult ward in Eagle, Idaho. Gary was an Eagle Scout and put that training to use throughout his life. Gary had many talents and hobbies. You would often find him on the ski slopes in Utah, hiking a trail to hunt, or in a stream catching fish. He was a great craftsman and artist. His children would often enjoy finding his artwork on their school lunch bags or featured on their school projects. Gary worked for Hewlett Packard for more than 30 years as a Mechanical Engineer. He was respected for his technical abilities and the contributions he made to HP. Gary is survived by his wife Jackie, Eagle, Idaho; sons, Austin and Dakota, Eagle, Idaho; daughter, Kirstin (husband Kyle) Fullerton, Moscow, Idaho; sister, Diane Jackson, Boise, Idaho; brothers, Craig (wife Lisa) Madsen, Logan, Utah, and Kim Madsen, Ogden, Utah. A viewing will be held from 6:00 pm until 8:00 pm, Thursday, March 21, 2013 at Summers Funeral Homes, Ustick Chapel, 3629 E. Ustick Road, Meridian, Idaho. Funeral services will be held at 11:00 am, Friday, March 22, 2013 at the LDS Church, 2090 N Eagle Rd, Eagle, Idaho with a viewing from 10:00 am until 10:45 am. Gary will be laid to rest at Dry Creek Cemetery. Memories and condolences may be shared with the family on Gary's memorial webpage at www.summersfuneral.com.