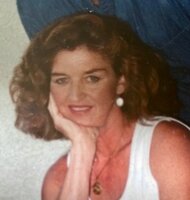 Our beloved Cathy passed peacefully in her home today due to congestive heart failure. She was born in Oakland, California in 1947.  She was raised in Holland, Long Island, Oklahoma city, Bakersfield and Farmington, New Mexico because her father was a geologist for Shell Oil.  In 1969 Cathy graduated from University of New Mexico with a degree in Journalism and later in life a MBA from Boise State University.  After college she moved to San Francisco and met her husband, Bruce, to whom she has been married to for 49 years. They were married in Denver, Colorado in 1972 and lived on an Indian reservation in Covelo, in Oakland and Salinas, California.  Bruce and Cathy made their home in Boise, Idaho in 1980.

Cathy had an adventurous life full of travel.  She traveled throughout the Caribbean, India, Thailand, Hong Kong, Australia, New Zealand, and most countries in Europe.  Cathy especially loved Italy. She had adventures with sailing, scuba diving and bike trips and had an unconditional love for dogs and cats.  Throughout her life she always had a few animals both in and out of the house. We are forever grateful to Cathy’s brother, Martin, who donated his kidney to her for a transplant in 1992.

In 2005, Cathy had a stroke while hiking in Yosemite. This changed her life significantly. She developed expressive aphasia but was still able to walk on her own and travel. After her stroke got to sail in Belize and the Sea of Cortez.  She also got to see her uncle’s burial plot in Belgium, who was killed in the Battle of the Bulge. Our family is especially thankful to Cathy’s friends: Jackie Shellworth, Christine Harris and Beth Baker who made it their mission to take Cathy somewhere every week for the past sixteen years. Cathy was a wonderful person who had a good sense of humor and made all of her friends and family feel happy when in her presence.

Cathy is survived by her son Ian, her daughter-in-law Charlotte, her brother Martin, sister; Laura and husband Bruce. She was preceded in death by her beloved son, Benjamin Patrick and parents Pearl and Martin McAndrews.

Funeral services will be at St Mary’s Catholic church, Wednesday, December 1, 2021. 2612 W State St, Boise. She will be buried next to her son Benjamin in Dry Creek Cemetery.  Donations in her memory can be made to the Idaho Humane Society.